A Poll of Polls 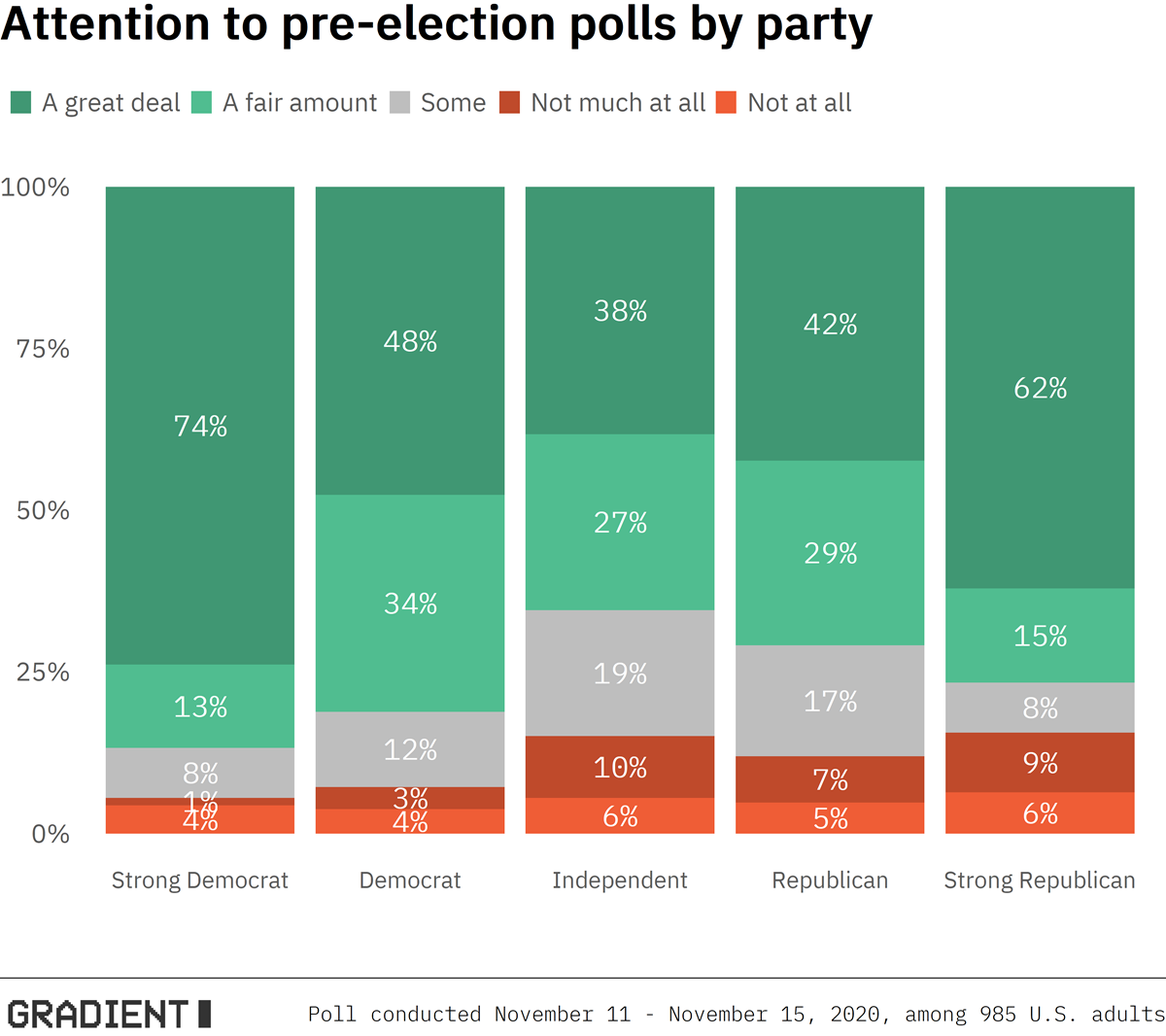 As a company that exists to make the uncertain a little more certain, we rely heavily upon survey research (e.g., Trendlines) to make sense of the world. Our perceptions of others’ thoughts and opinions serve as benchmarks in forming our own.

So, when results from Florida on election night revealed that Floridians had no plans to follow polling projections, the science of polling suffered a bruising trust fall. And with good reason: 50% of Americans closely followed the election polls. A mere 5% didn’t pay any attention.

Yet even after 2016’s polling oopsie, only 19% of Americans deeply questioned the accuracy of the pre-election 2020 polls. Given the high stakes in ensuring public trust in research of any kind — but specifically survey research — we wanted to offer a few “Consumer Protection Warnings” for those anxious poll addicts out there.

Election polling is a lot of science with a sprinkle of art. That leaves poll consumers with the challenge of examining the data under a microscope, yet embracing the complexity. Still confused? Reach out, we've got your back.