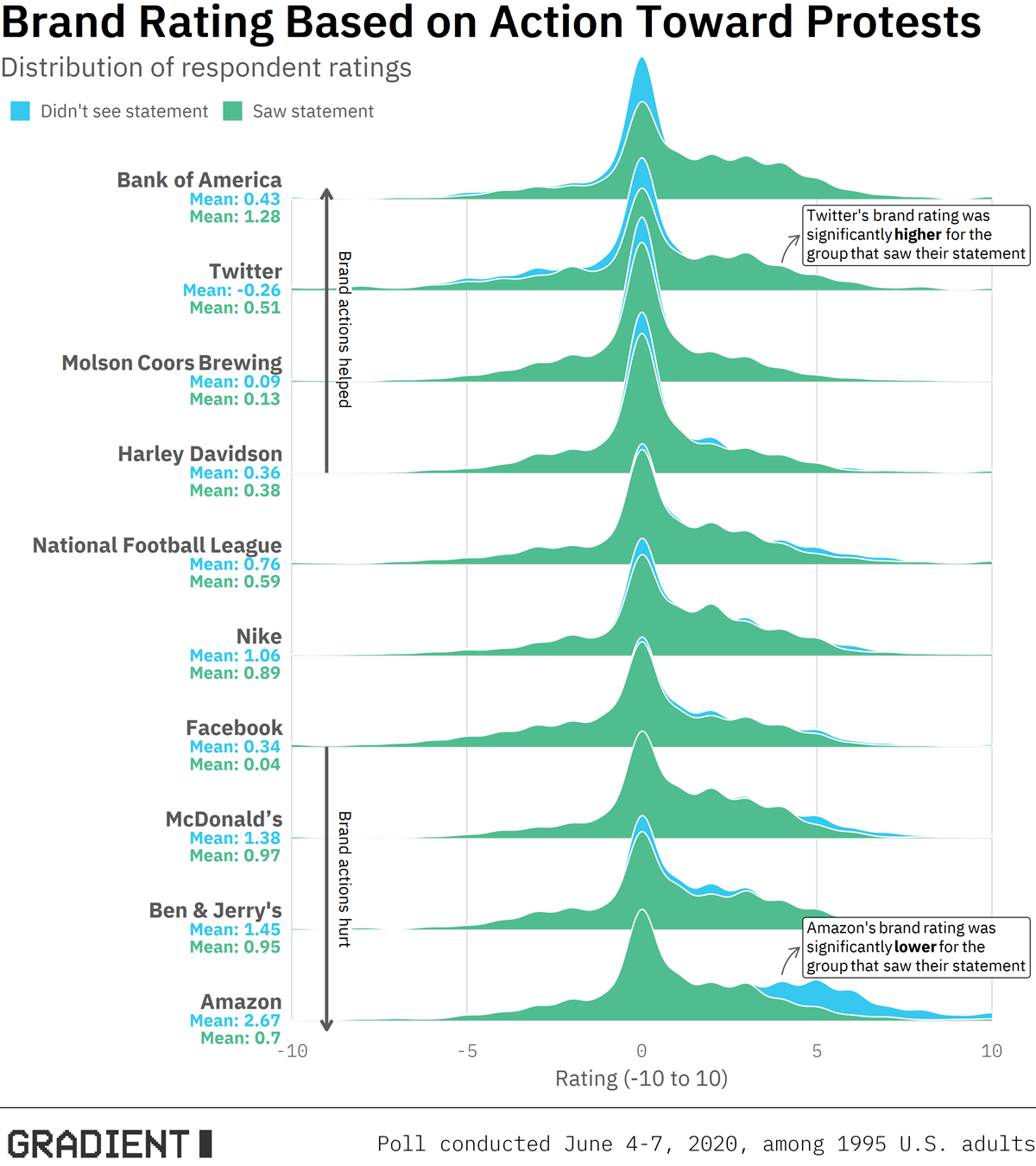 There was a period when staying neutral was the safe option. But those days are as tired as the new normal. Is there a premium on taking a stance?

Brand after brand, organization after organization — regardless of industry, size, or customer base served — has taken some action in response to protests over police brutality and institutional racism. Some make statements. Some make donations. Some make actual changes. And some do nothing at all.

Taking action can be risky business in a polarized world. We tested consumers’ reactions to a sample of well-known brands’ actions in support of Black Lives Matter, as well as a few who declined to comment.

Respondents have a fixed number of “credits” they can allocate to the brands and/or actions they like the most and the least, but the number of credits required to express a very strong preference (for or against) increases quadratically — not linearly.

Twitter’s brand image spiked after its move to add #blacklivesmatter to its bio and flag President Trump’s and Senator Matt Gaetz’s tweets as inflammatory for glorifying violence. Relative to other brands, Twitter’s actions significantly increase support for the platform.

Amazon’s brand equity went in the opposite direction, despite releasing a statement condemning the brutal treatment of Black people – an announcement at odds with its continued sales (at the time of the survey) of discriminatory tools like facial recognition software to law enforcement agencies.

However, two brands that didn’t issue any public statement — Harley Davidson and Molson Coors (yeah, that Coors) Brewing — suggest that staying mum (to the extent that a Harley even can) could be the best distraction technique.