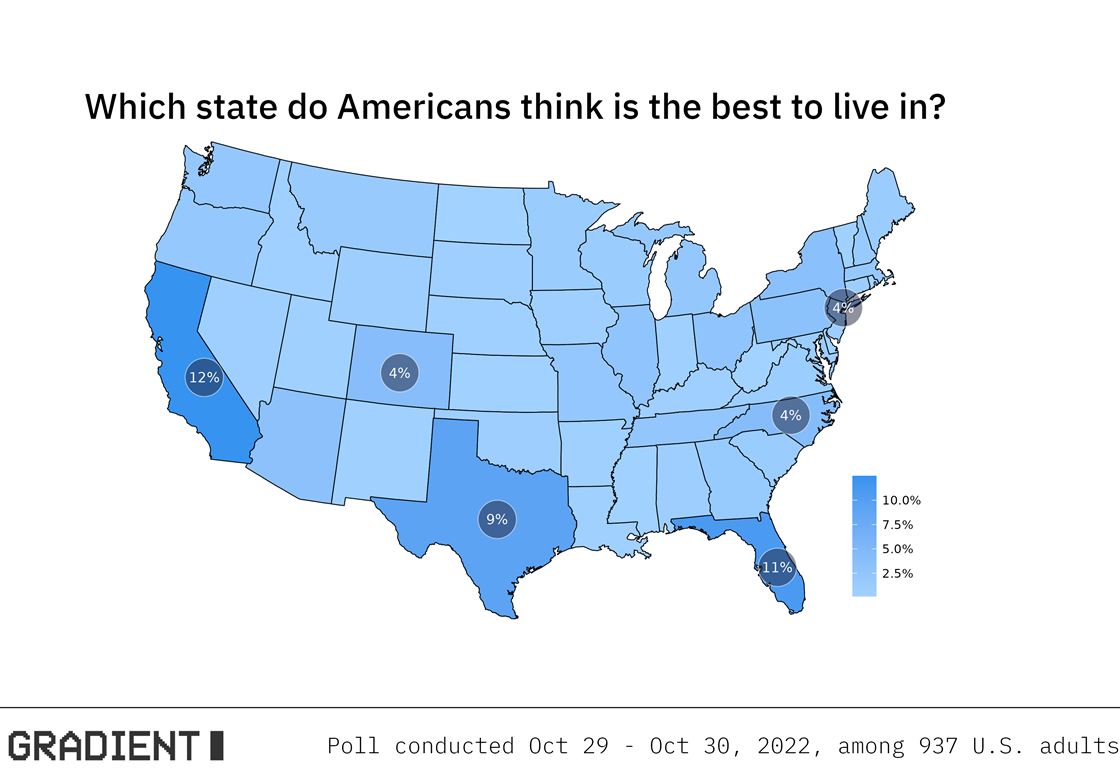 After the wild midterm elections, some of you may be looking to move to a different state or, at the very least, take a vacation away from your fellow voters. Either way, Gradient has you covered with a compilation of state superlatives. Like a high school yearbook, you can come back in 10 years to see how "the most likely to succeed" squandered their potential.

If you’re in the mood to reenact The Revenant, a plurality of Americans (27%) name Colorado the best place to hike in the U.S. With 58 mountain peaks above 14,000 feet, there are now multiple ways to get higher than a kite in Colorado.

For those looking to drown out the political noise by drowning themselves in beer, 12% of Americans will join you in California. With roughly 3.5 million barrels of craft beer produced every year, there's a good reason Americans view California (more than any other state) as the best destination for beer—as long as you can handle the high volume of IPA guys.

After a few beverages, the beer munchies (Bunchies™) are likely to set in. Fear not, more Americans (16%) chose California as the best destination for food than any other state. It was a close battle with New York, but since we last checked, burrito beats pizza in every game of pizza, burrito, cheeseburger, especially when the burritos are filled with french fries (i.e., the California Burrito). In fact, while you’re already a beer and burrito deep, you might as well hire that moving van because 12% of Americans chose California as the best place to live, more than any other state. 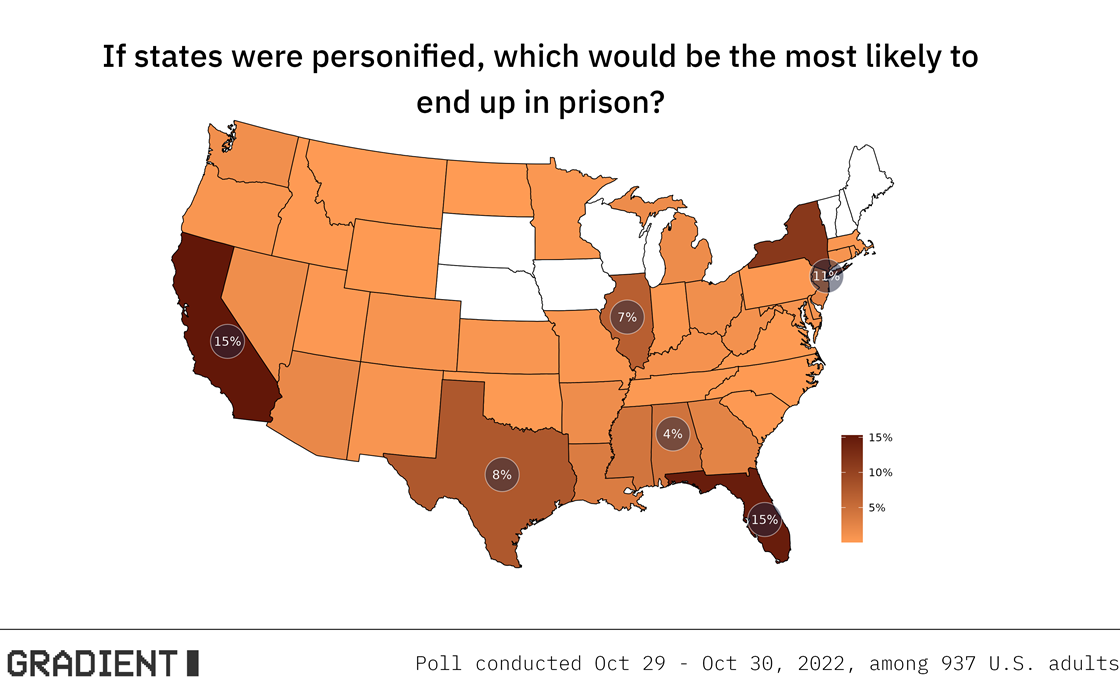