Cancelled. Again? Is That Possible? 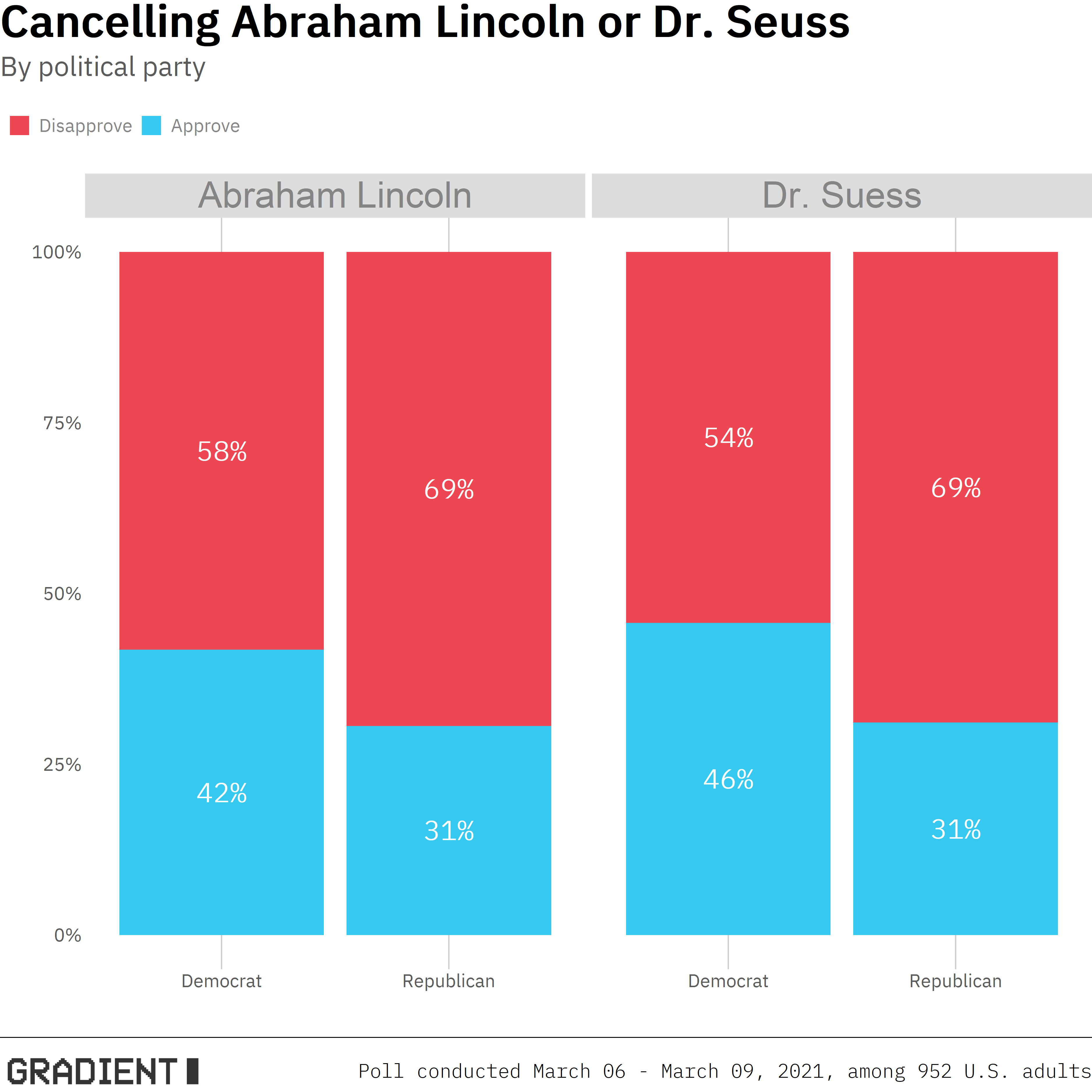 When Abraham Lincoln and Dr. Seuss make headlines together, it’s either your child’s first school play or something went really wrong on your last trip to Vegas. Speaking of things to be forgotten, we’re back at it again measuring support for cancelling prominent public figures. And apparently nobody is immune — not even the most beloved children’s author — Dr. Seuss.

Americans strongly disapprove (66%) of removing Honest Abe from his perch opposite the U.S. Capitol as he tries to keep an eye on all the shenanigans going on around him. Yet, 34% approve of a full-on 21st century-style cancelling of the president who saved the Union.

What do Abe and Seuss have in common (apart from an affinity for tall hats)? Among those who have an opinion on the matter, 31% of Republicans approve cancelling both figures. 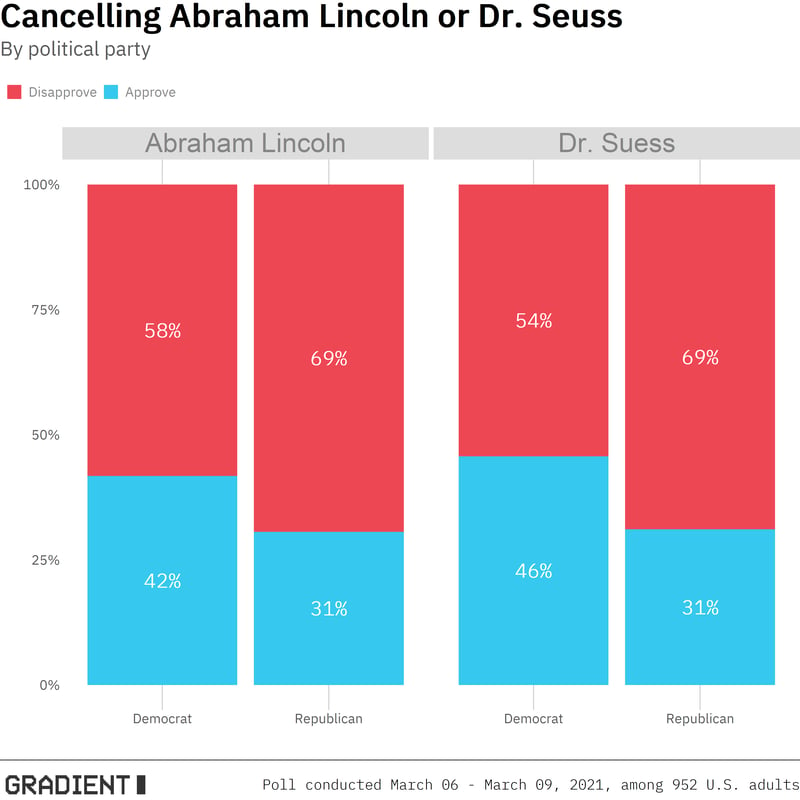 However, there is a deep generational divide in support for cancelling: nearly half of Americans under 45 support cancelling both Lincoln and Dr. Seuss, but those older than 45 have no appetite for this kind of malarkey. 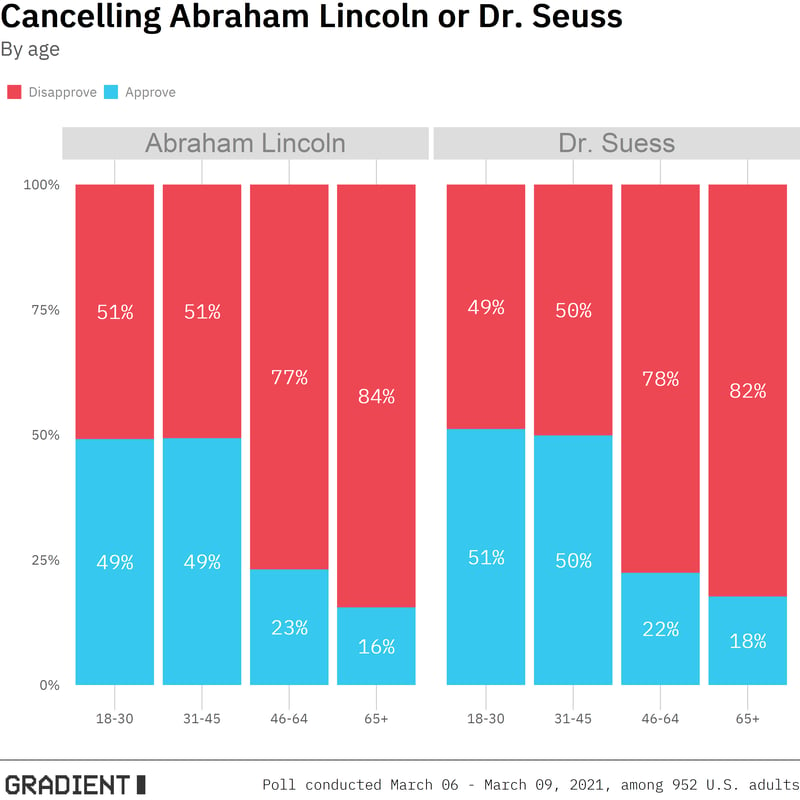 Maybe this is a case where two negatives make a positive? Regardless, let's all have a conversation over some green eggs and ham before rushing to judgment?