Christmas is for the Kids 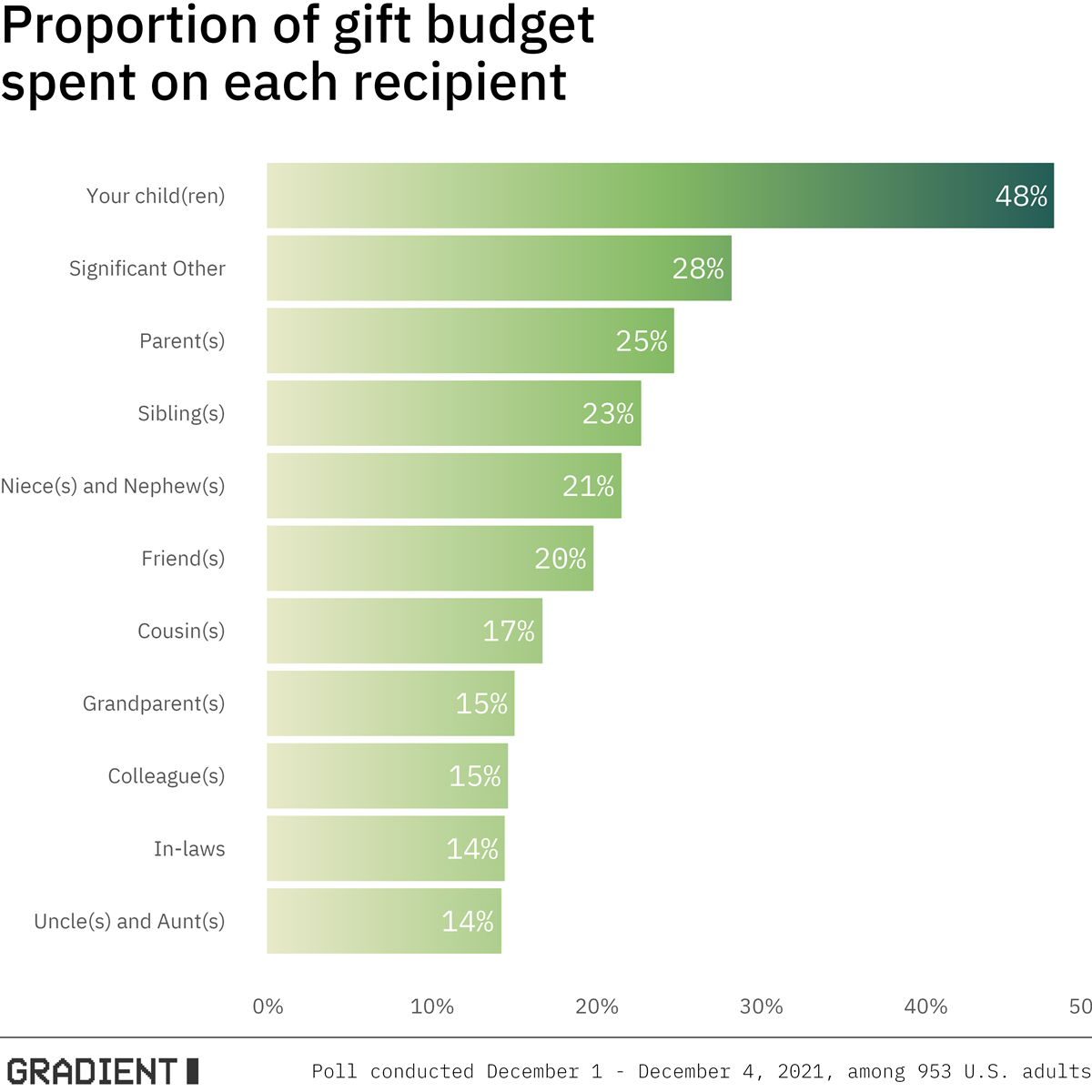 Chestnuts roasting on an open fire,
Jack Frost nipping at your nose,
All the debt for presents stacking higher,
And afraid your house may foreclose

While bankruptcy may not actually be called for, the average American does spend a substantial $581 on Christmas gifts. Maybe they can take some of that coal Santa gave them over the years and press it into diamonds.

How do Americans divvy up their holiday budgets among friends and family members? On average, 48% of Americans' holiday gift budget is spent on children. No wonder children believe in Santa. With significant others placing second, and in-laws last, it appears that Americans allocate their budgets based on who they love the most. Why are uncles and aunts tied for last with in-laws? Ask Uncle Jerry, he knows what he did.

Marriage not only comes with a larger family, but also a larger list of gifts to buy. Married Americans spend roughly 50% more on gifts ($706) than those who have never been married ($485). And now we know why in-laws receive the least expensive gifts. 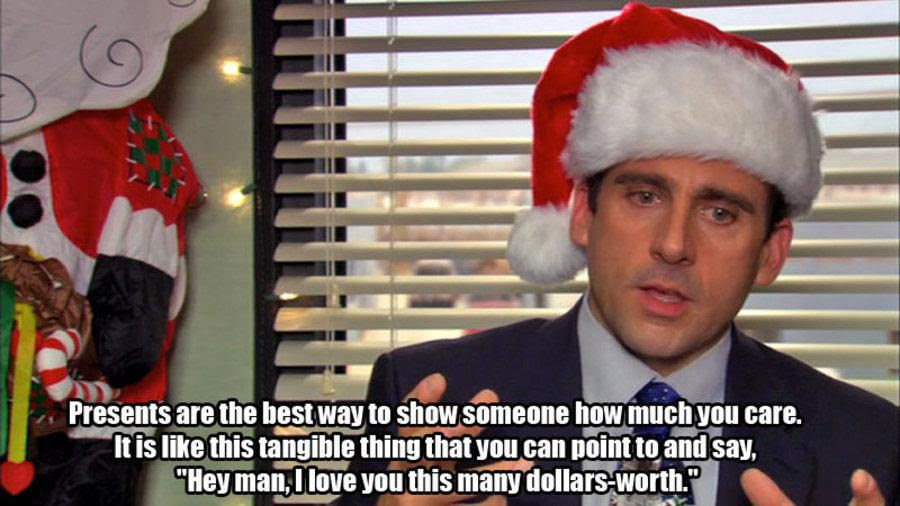