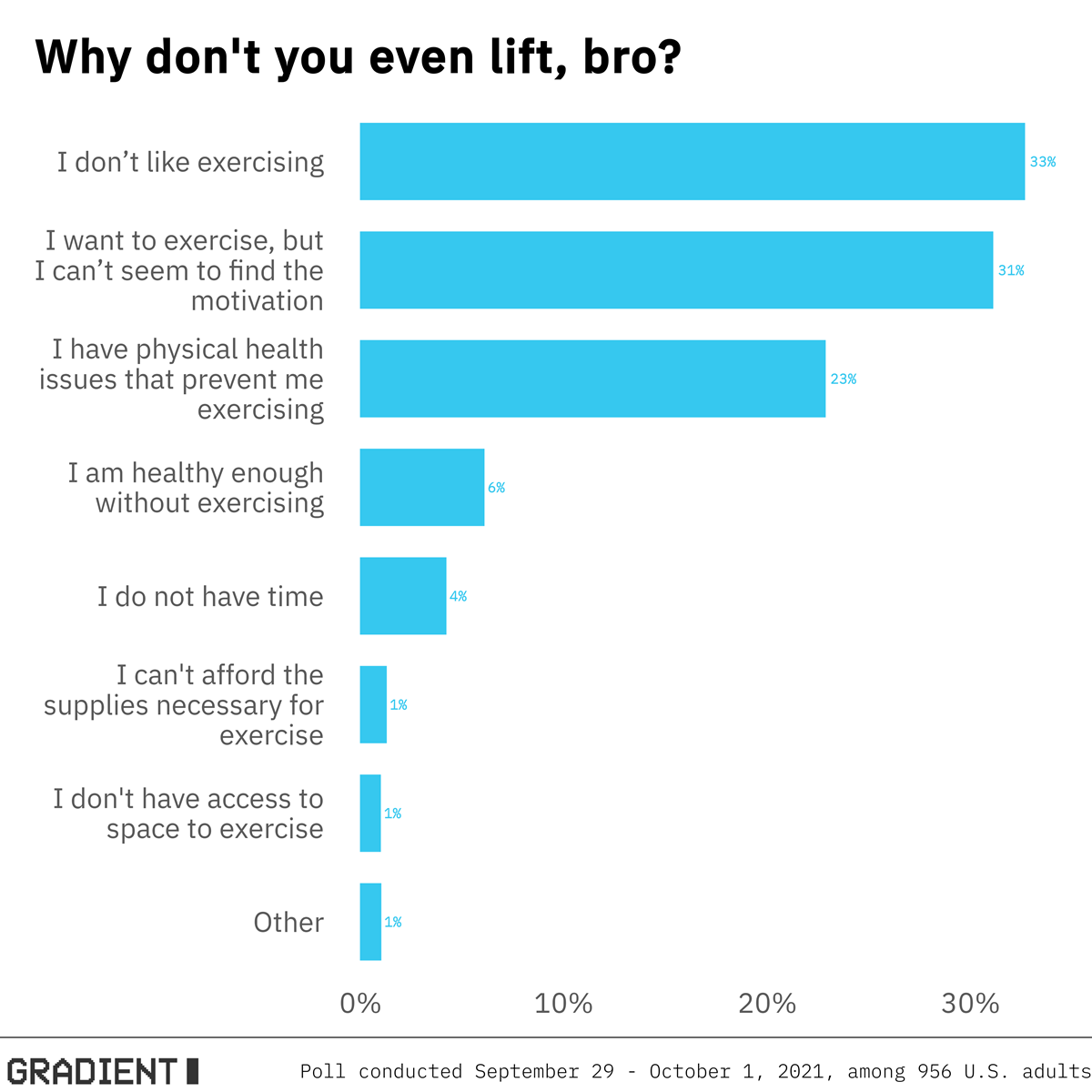 As the holidays near, beach bod maintenance gets harder and bodies get softer. So who are the dedicated gym rats and who’s going to let it fall by the waist-side?

If Americans are telling the truth (and they better be with Christmas nearing), 85% work out on a weekly basis. Among active-inclined adults, more than half report working out at least 4 times (55%) in an average week.

Among those who were telling the truth who don’t exercise, what are the biggest obstacles to regular iron-pumping?

The most common reason is simply not enjoying physical activity (33%). That’s right. One-third of Americans do not like to move themselves. Who can argue when one can exercise vigorously from the comfort of a La-Z-Boy? Have you watched the NFL RedZone Channel? Yet, many Americans want to exercise but can’t find the motivation to do so (31%). Perhaps the promise of candy on Halloween will be enough to motivate the movement-averse to take a well-paced stroll around their neighborhood.

The barriers to exercise differ by age: 18 to 39 year olds lack the motivation to exercise while 40 to 64 year olds will straight up say that they don’t like exercising. Need some motivation to lace up your dusty cross-trainers? Look no further than the Boomer generation who view their declining physical health as an obstacle to their fitness aspirations. Best to work out while you still can!

Why do so many subject themselves to the tortures of P90X when sweatpants and loose fitting shirts are in vogue? The top two reasons for working out are wanting to maintain current levels of health (34%) and wanting to be healthier (29%). It’s impossible to be sad with a six-pack—that’s science!