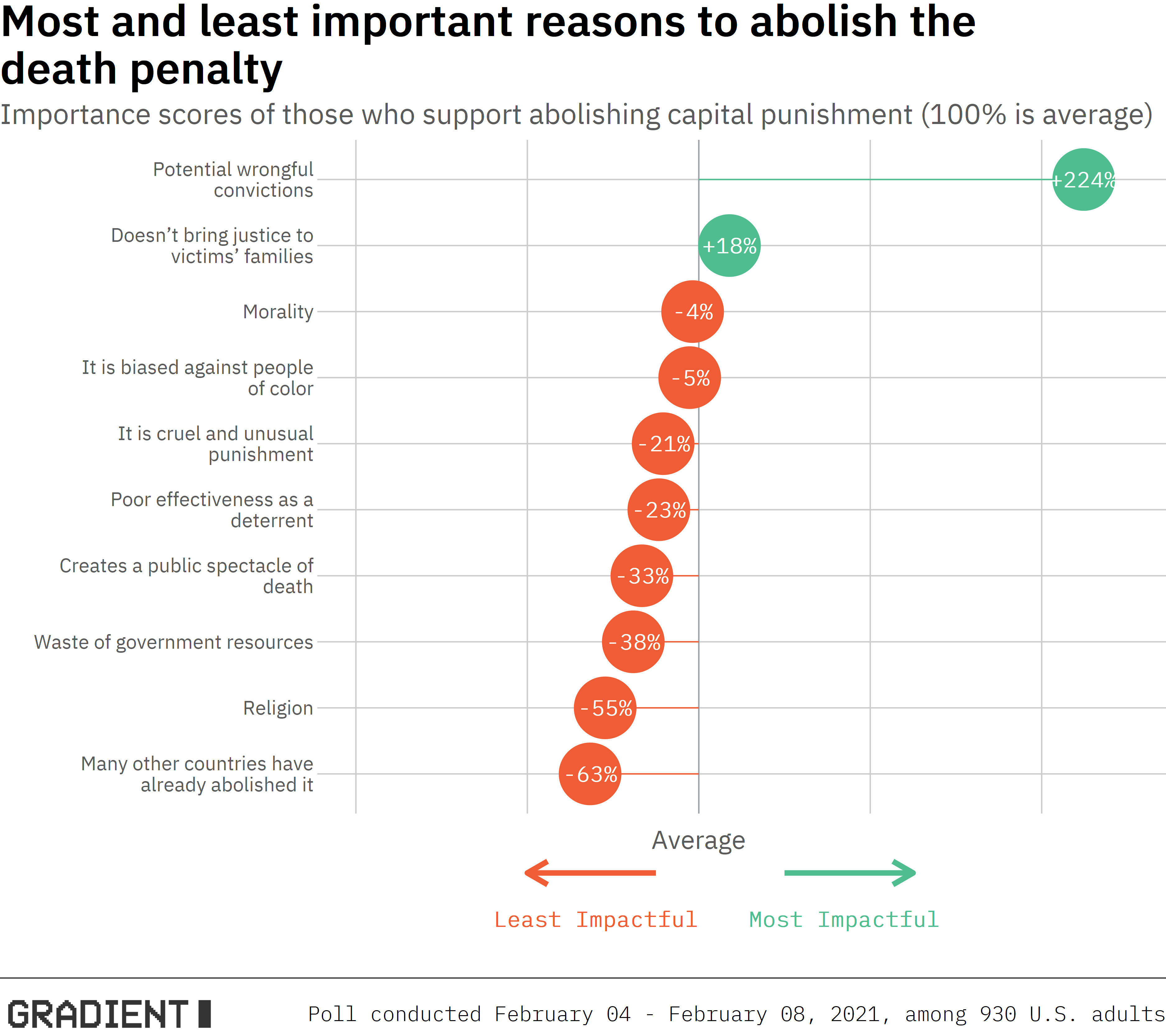 On Monday, Virginia lawmakers gave final approval to end capital punishment, making it the 23rd state (and the first state in the South) to do so. Last week, Ohio legislators introduced a bipartisan bill to say RIP to the death penalty. Although these seem to be signs that the country is changing, 57% of Americans are not quite ready to execute execution. 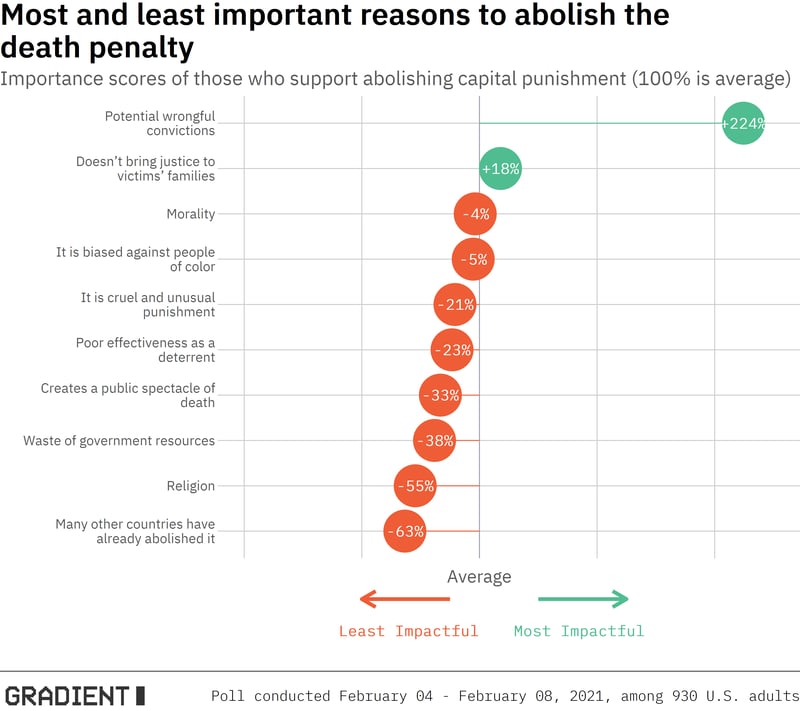 To better understand why 43% support abolition of the death penalty, we used a MaxDiff experiment, in which respondents make trade-offs to rank the most and least important reasons. The most compelling argument is the potential of wrongful convictions, which Americans ranked as far more important than the next best reason: the reality that a death sentence does not necessarily bring justice to victims’ families.

Despite the political divide — only 22% of Republicans support abolition compared to 40% of Independents and 58% of Democrats — conservatives and liberals alike ranked potential wrongful convictions as the most important reason to repeal the death penalty.

Perhaps understanding the reasons why Americans agree or disagree with specific issues is better than painting everyone as red or blue. Has anyone seen Harold and his purple crayon these days? Identity politics are so 2020.