Did Someone Move the Finish Line? 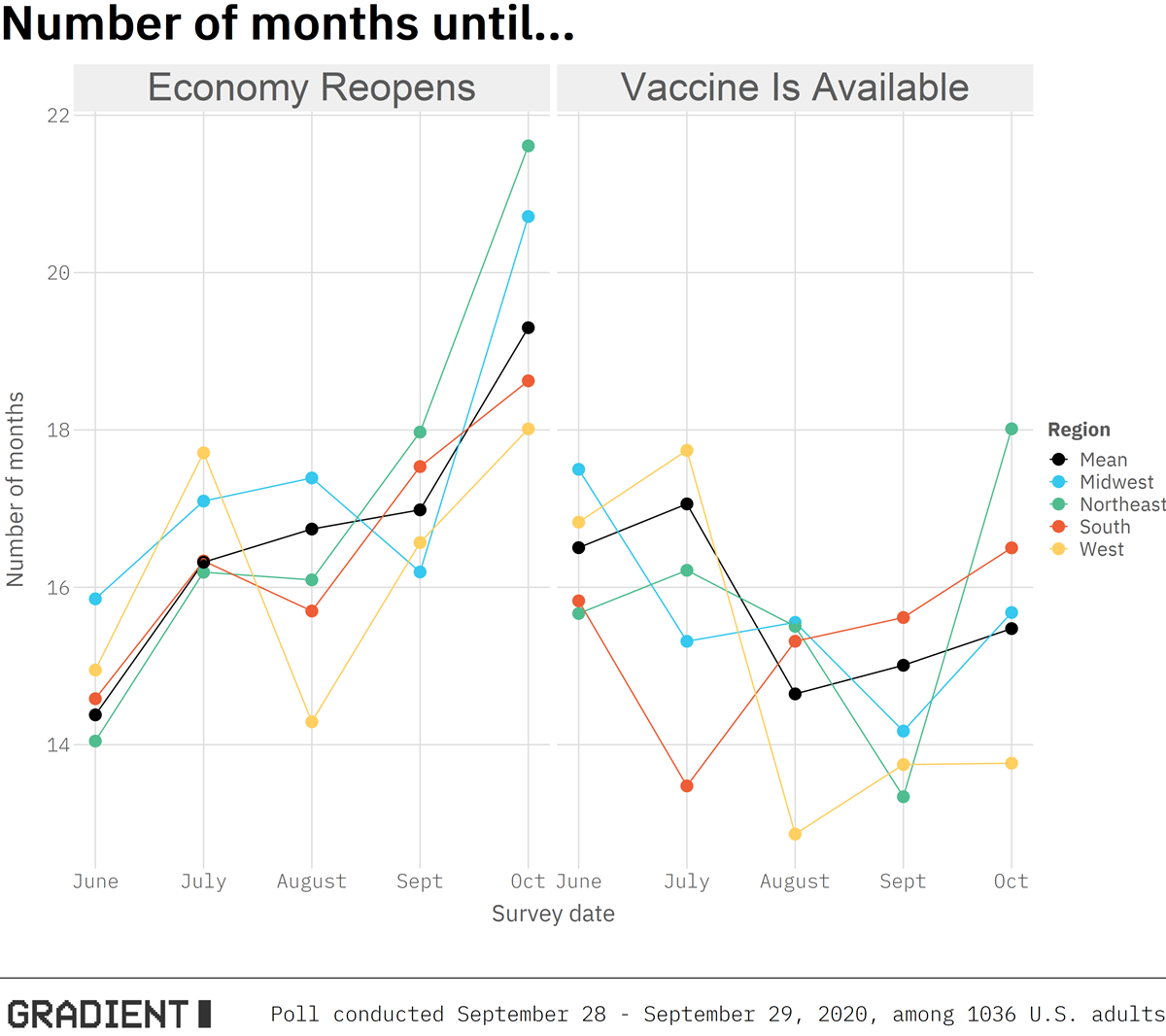 One month later and here we are again to share projections for the development of a vaccine and a return to economic normal.

With an election approaching and increased anxiety among public health officials over growing concerns about the safety of a potential vaccine, the country is both eager for and worried about a vaccine. Amid such uncertainty, the expected date for a vaccine continues to be pushed out to 15.5 months from now. Apparently the mention of one being ready by October (yes, the month we’re currently in) was believed by … nobody.

Residents of the Northeast have the longest protection for a vaccine to be ready of 18 months, while those in the West are expecting one much sooner at 13.7 months.

The economy is booming for some and hollowing out for others. How does the average American expect this to impact the economy as a whole? Yet again the expected return to economic normalcy grows further away by another month. Today’s projections are at 18.8 months away — more than a month longer than last month’s projection.

In other words, Americans are not seeing any meaningful progress toward the availability of a vaccine or a fully functioning economy.