Do I Get a Stamp? 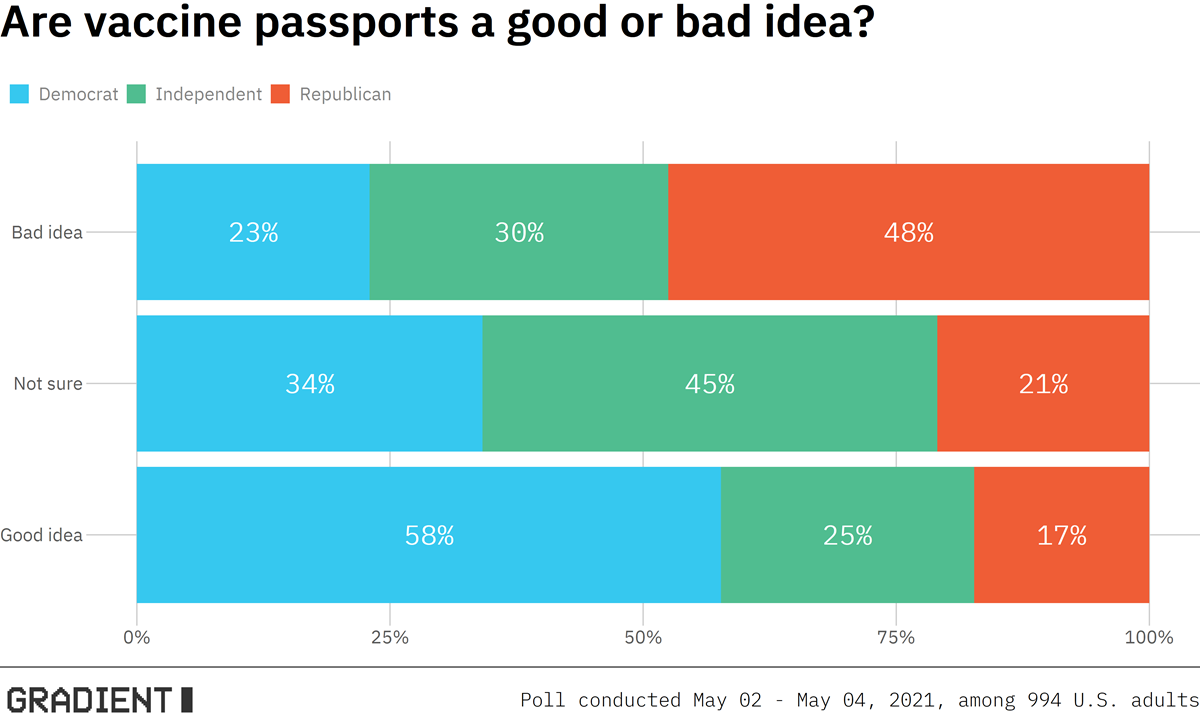 In many cities, gyms have opened back up, indoor dining has resumed, and parents can once again buy $30 ice cream cones for whining children at the Happiest Place on Earth. Normalcy is on its way, but many Americans are itching for the day when dancing, concerts, live theatre, and even some not-as-fun (but necessary) activities like going back to the office or working out at the gym without a mask are as worry free as a day at Disney. One proposed solution to get us there faster: vaccine passports.

Unlike the passport that provides access to the canals of Venice, pyramids of Egypt, or beaches of Jamaica, we asked a representative sample of Americans what they think of passports that could grant access to a grocery store, cafe, hotel, or barber aka a vaccine passport.

Along with avocado toast, Prius's, and tote bags, vaccine passports have been swept up into the ruthless American bipartisan culture war. Among vaccine passport skeptics, twice as many are Republicans (48%) than Democrats (23%), while 30% are Independent. Opponents’ primary objection to vaccine passports is that they violate individual rights (61%) and they just plain don’t trust the government (51%).

Yet overall, those concerns are not shared by a majority of Americans. Only 27% worry about vaccine passports violating rights, and 25% cite government mistrust as a concern.

Seventy-three percent of Americans support showing proof of vaccination to work from their offices, which should be evidence enough of how badly we all want time away from crying babies, significant others, and a bathroom that we don’t have to clean ourselves. However, the country is split on whether or not employers should require vaccinations. Half agree that employers should mandate vaccination to return to in-person work, 37% do not think they should, and a decent 13% haven’t made up their mind.

Unfortunately, even with vaccine passports, we’ll still have to take our shoes off for TSA. But compared to being stuck at home during the pandemic, even going through airport security may feel like a vacation.