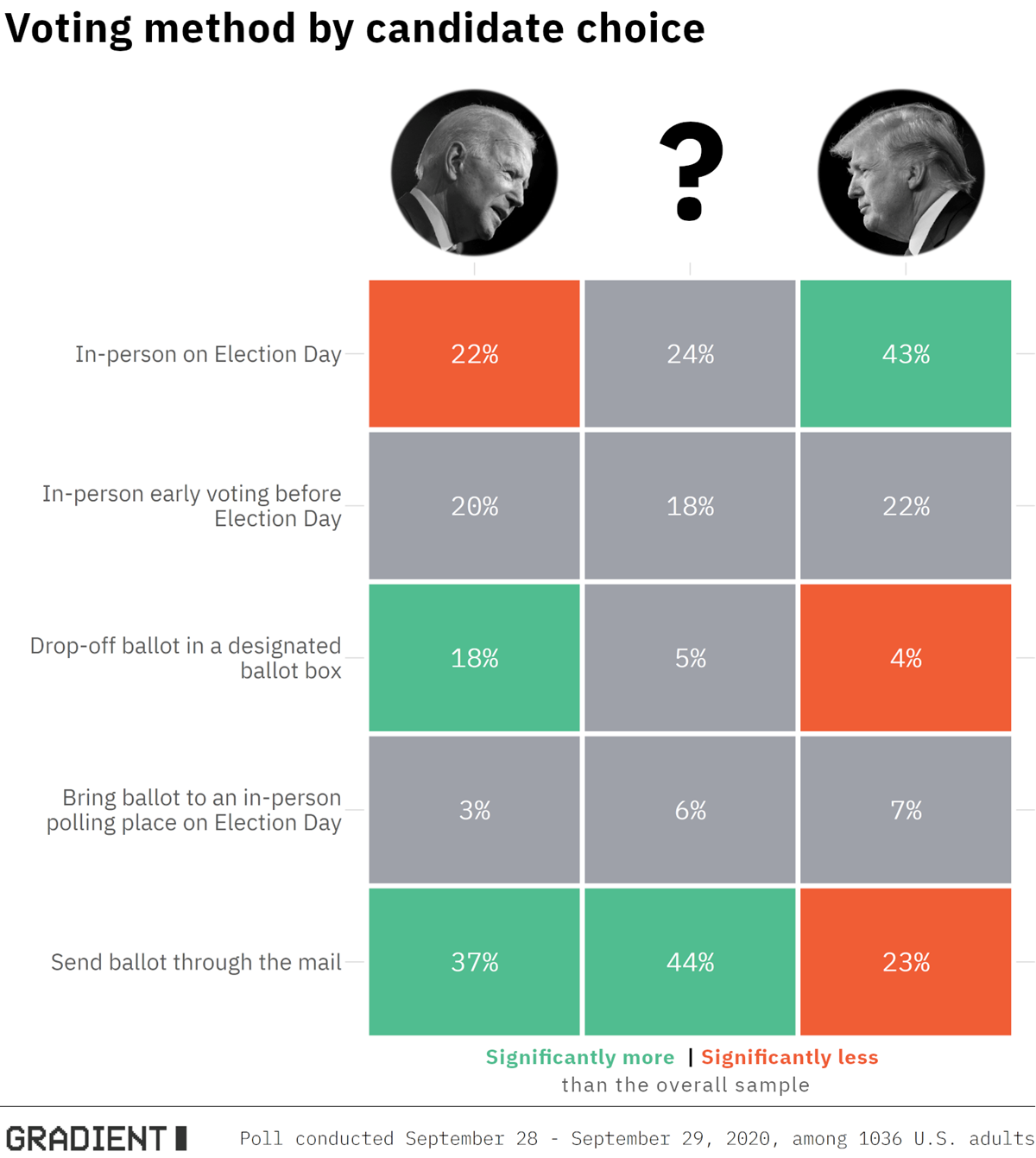 Hey, remember that time you said you were finally going to get in shape, but ended up prematurely eating all the Halloween candy instead? Or when you said you wanted to “spark joy” by decluttering your house, but then ended up hoarding Container Store purchases?

Yeah – don’t do that on November 3rd. Leave the flakiness to your newfound quarantine baking obsession, and make sure you actually cast your vote on or before Election Day.

In a survey of a representative sample of Americans, 85% (including 96% of registered voters) said they intend to vote in the general election. To put that in perspective, only 55% actually turned out to vote in 2016. Just like public responses to natural disasters (e.g., the dumpster fire that is 2020), #thoughtsandprayers alone do not count.

Of course, the fear and uncertainty suffocating this November are very on-brand for 2020. Sixty-four percent of voters say they are very or somewhat concerned that their ballot will not be correctly counted for the general election. Given these fears, many are turning to new ways to cast their ballot. Only 3 in 10 registered voters (30%) said they plan to vote in-person on Election Day, while another 32% plan to send their ballot by mail.

Twenty-one percent plan to vote early in-person, 12% are dropping off their ballot at a designated ballot box, and 5% are bringing their ballot to an in-person polling place.

Among those who have elected not to vote in-person this year, 60% are concerned about exposure to COVID-19 at their polling place. Concerns are most pressing among communities of color who have been disproportionately impacted by the virus.

Seventy-nine percent of both Black and Hispanic/Latino voters say they are concerned about COVID-19 exposure, compared to 55% of White voters. 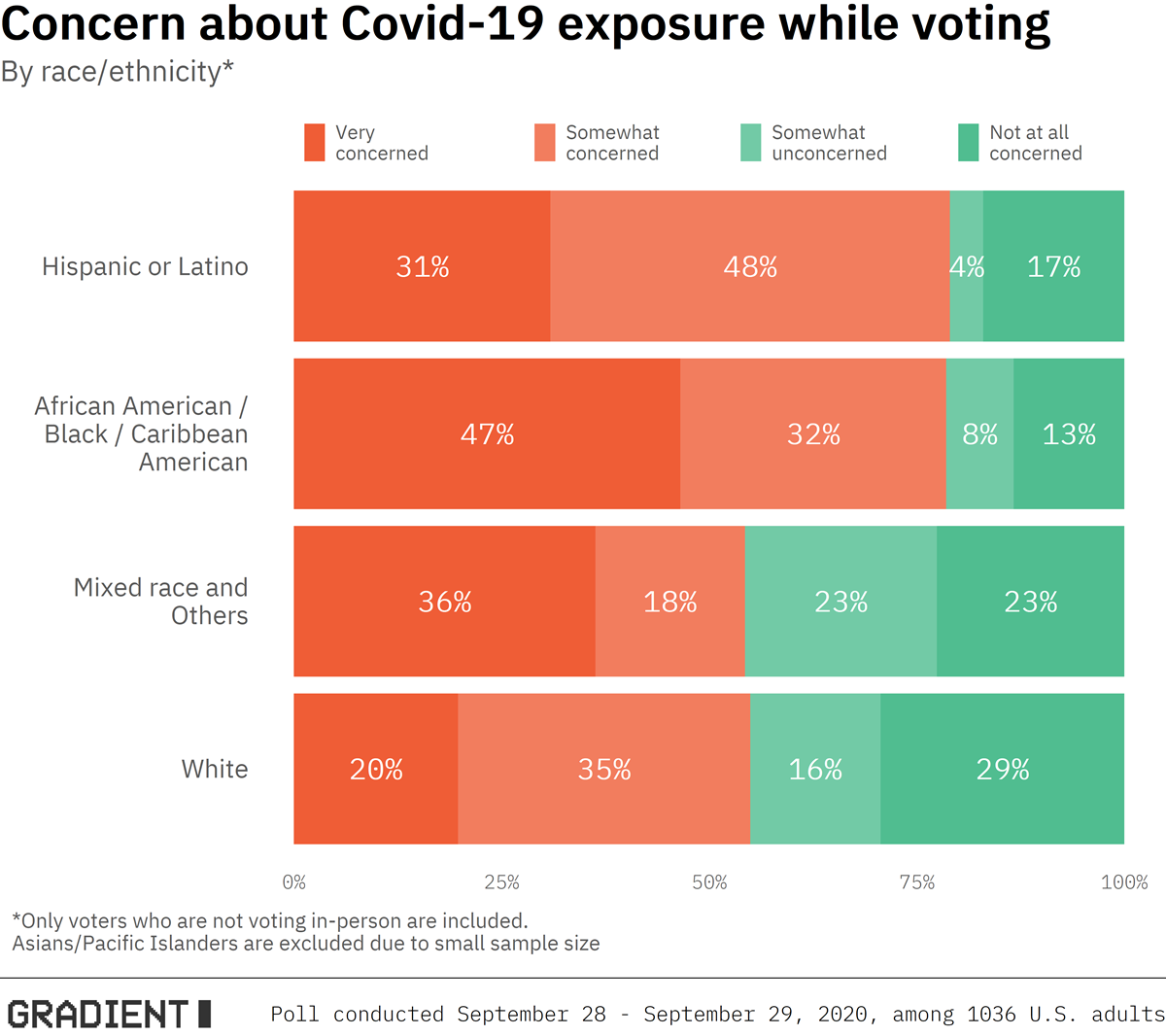 Per usual, older Americans are more likely than younger generations to exercise their right to vote. 75% of Americans aged 18-30 intend to vote, compared to 81% aged 31-45, 89% aged 46-65, and 94% of those 65+. TikTok, young people! You have 27 days to make sure elected leaders represent the electorate, so register to vote and make a plan for how you’ll cast your ballot.