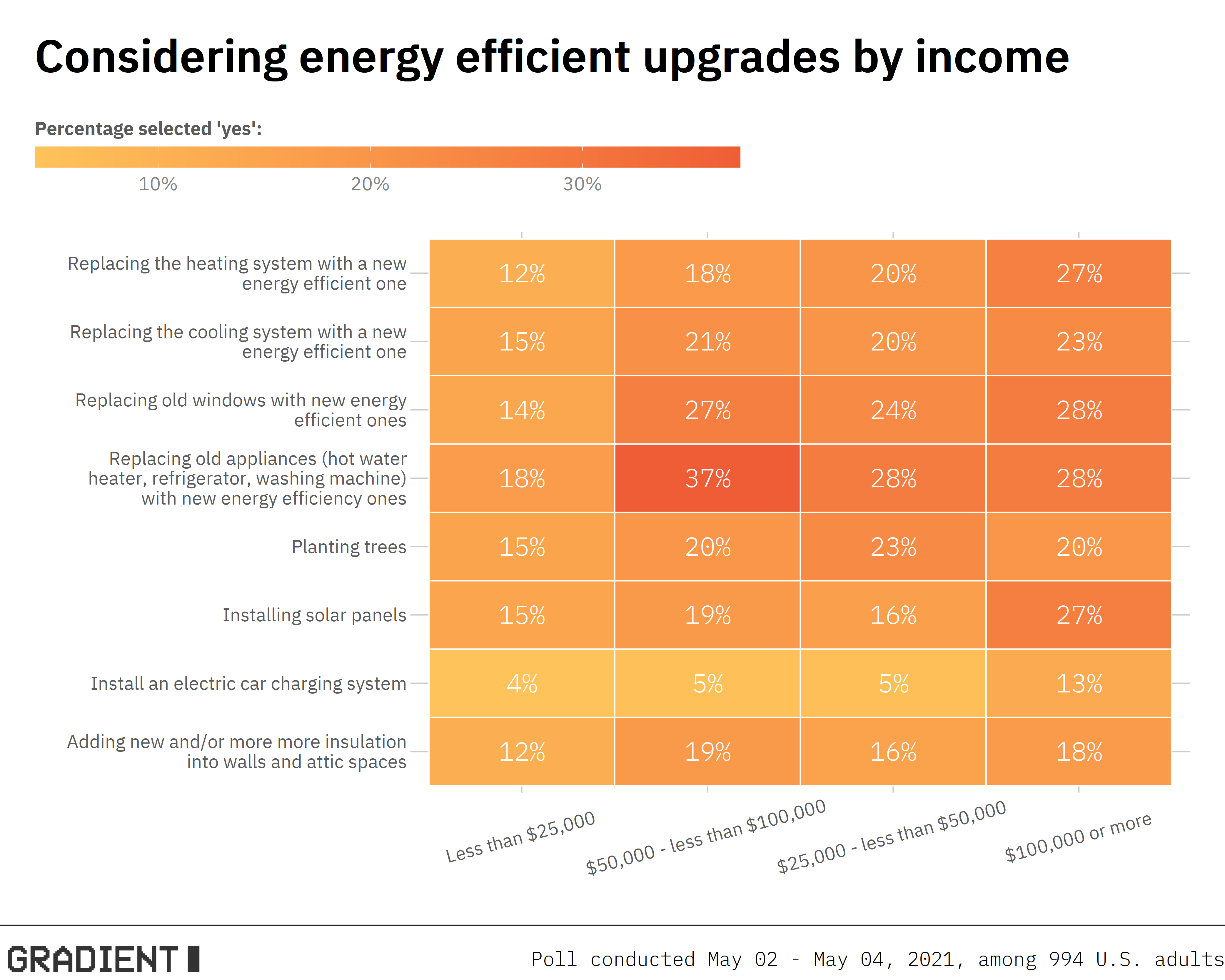 As the International Energy Agency issues yet another stern warning on the world’s lackluster progress toward averting irreversible damage from climate instability, governments are scrambling to find ways to turn off the fossil fuel spigot. But, what are individual households doing — if anything at all?

In the US, residential energy usage accounts for 20% of the country’s overall carbon footprint, which varies widely by income level with wealthier households contributing substantially more than lower income households.

The first barrier could be that 25% of American households don’t even know the source of their electricity, but among those who do, 35% of homes are powered with electricity from natural gas. Encouragingly, the next most common source is solar power purchased from an electric utility (16% of households). 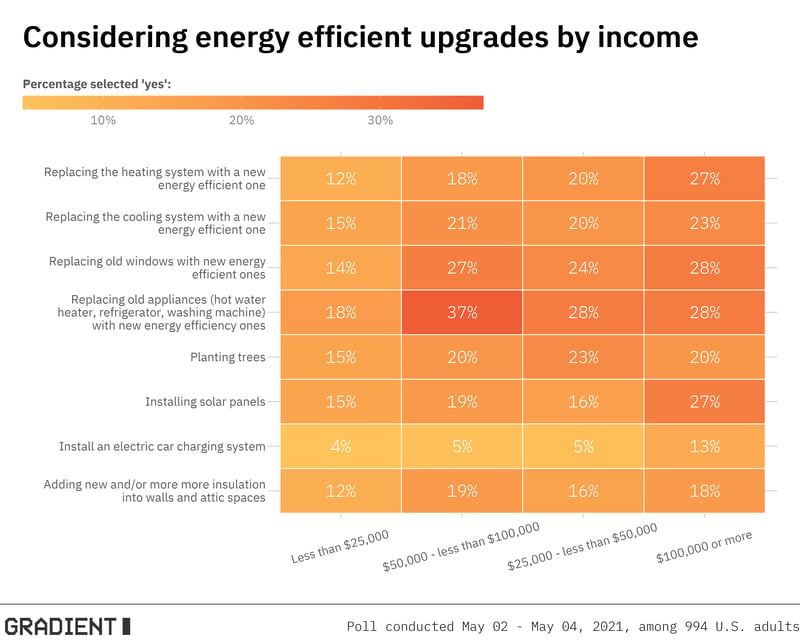 With 64% of American households expressing concern over the cost to heat and cool their homes, there is ample demand for energy efficient upgrades. Replacing old appliances such as hot water heaters, refrigerators, and washing machines are the most likely upgrades households are considering, notably among moderate income households earning $50k-$100k per year. For these households, 70% are concerned about their energy costs compared to 61% who are concerned about the emissions produced by energy usage.

Wealthy households, despite being responsible for an outsized proposition of household carbon emissions, are the most likely to be considering a suite of energy upgrades, especially replacing entire heating and cooling systems, windows, and installing solar panels. These households might be driving some of the Tesla hype because they are significantly more likely to consider installing an electric car charging station.

But, it seems to be economic self-interest driving wealthy households’ eco-friendly upgrades rather than concerns about climate change. Wealthy households are no more likely than moderate income households to be concerned about their contribution to climate change and their residential energy costs, despite both emissions and costs being much, much higher for the well off.