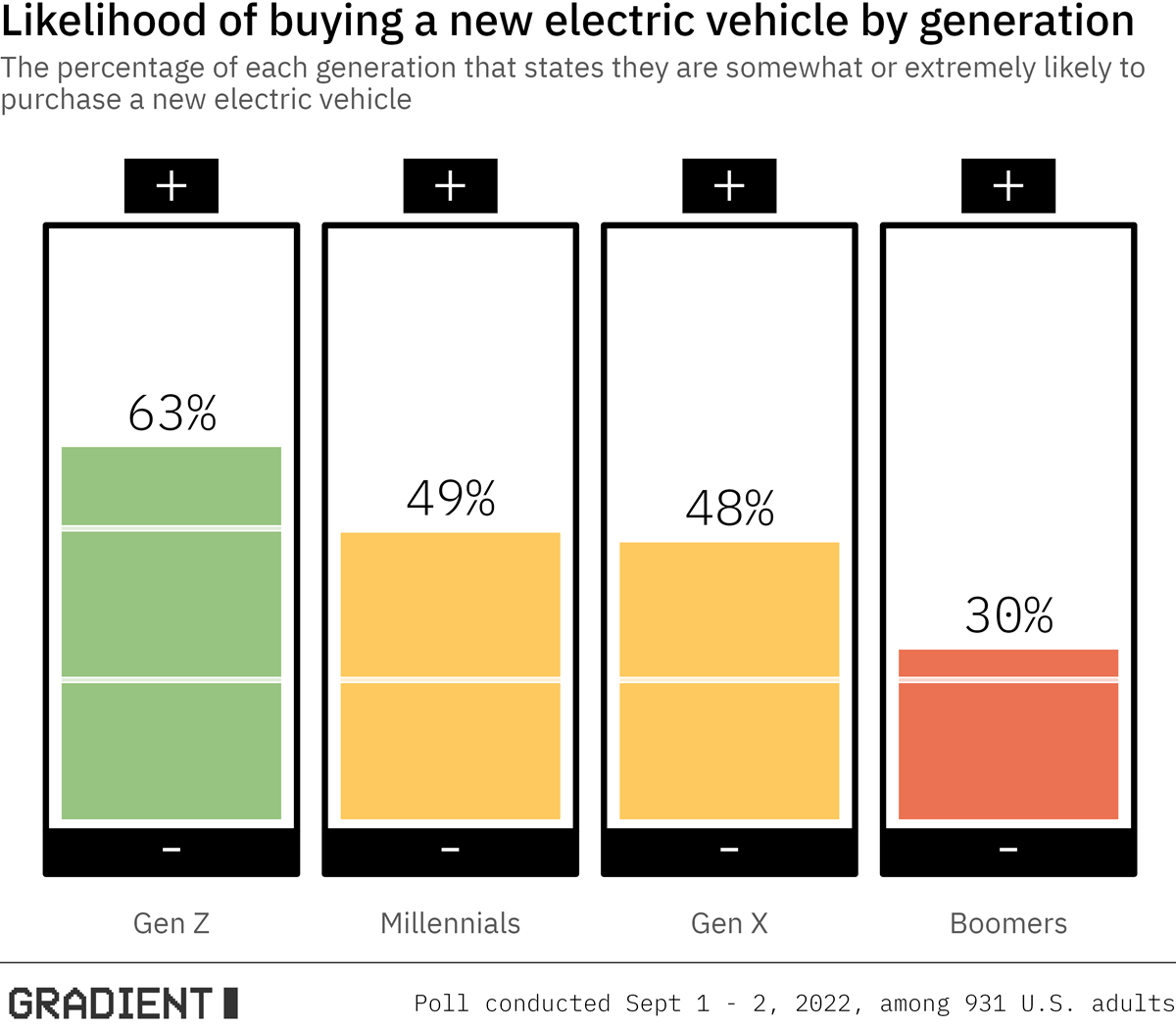 With the price of food and rent hitting record highs, the Inflation Reduction Act finally addressed the problem we have all been worried about—the cost of electric vehicles (EVs). To Elon Musk’s delight, the U.S. government is offering a tax credit of up to $7,500 on new EVs and the lesser of 30% or $4,000 for used EVs. Hopefully, the new Tesla model 𝚺 can transform into a two-bedroom apartment.

But how much will a tax credit actually push Americans to trade in their tailpipe for a nearly silent hum? Among Americans in the market for a car, we showed half an explanation of the EV tax credit before asking if they would be willing to purchase an EV. 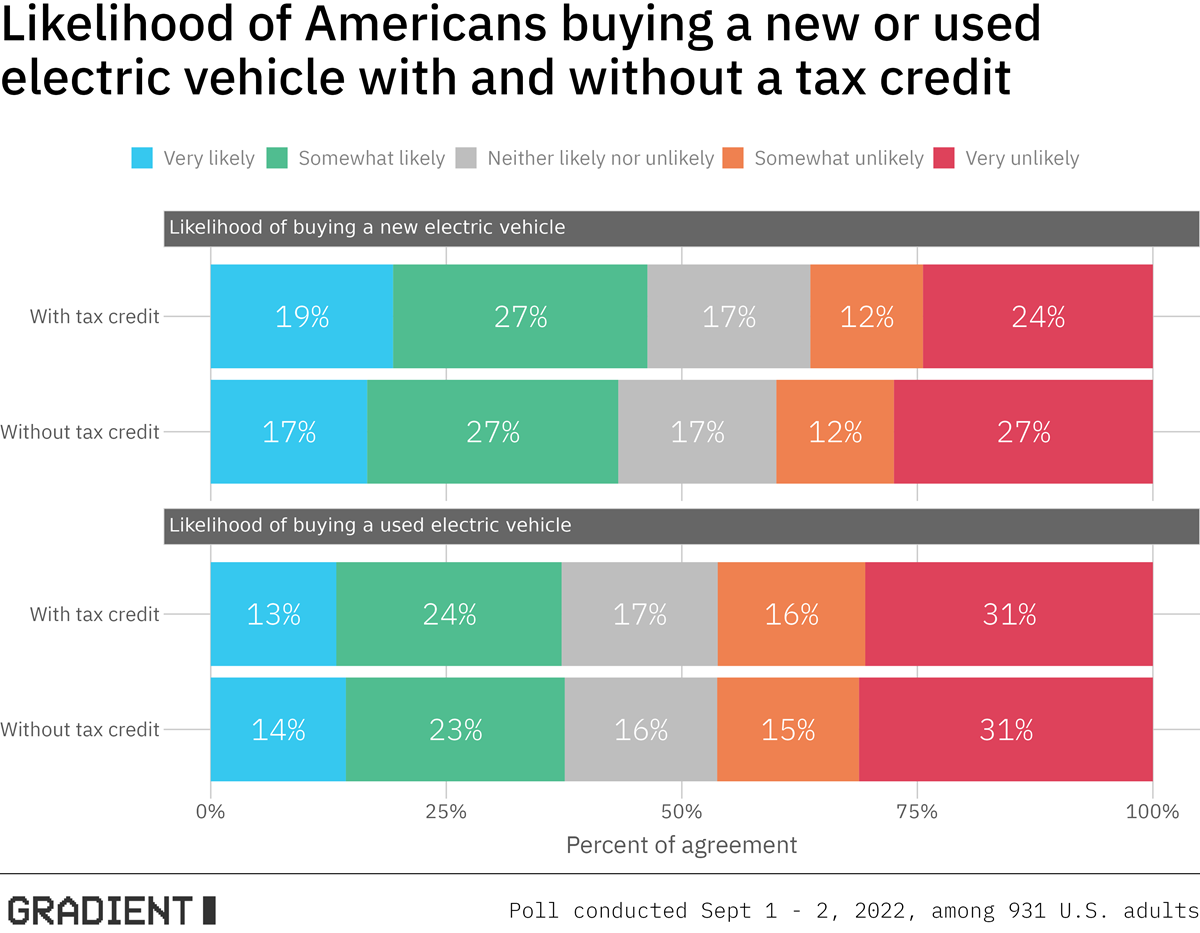 Offering a tax credit made almost no material difference in the likelihood of buying an EV: Americans were only 2% more likely to buy a new EV when told they would receive a tax credit. When it comes to purchasing a used EV, the tax credit made no difference at all—37% of Americans were at least somewhat likely to purchase a used EV with or without a tax credit. Honestly, a better way to promote zero emission vehicles would be to install them all with horns that sound like a mariachi band.

It appears that Americans either want an EV or they really don’t, and the difference is most stark by generation. The likelihood of wanting an EV increases with every younger generation: 63% of Gen Zers state they are at least somewhat likely to purchase a new EV if they were in the market for a new car, compared to only 30% of Boomers. Maybe we need Bob Barker to mention at the end of each “The Price Is Right” that EVs are not a fad that will pass as soon as Boomers get on board like disco, pet rocks, or Facebook.

The biggest barriers to EV adoption are a perceived lack of charging stations (59%) and the price compared to gas-powered vehicles (53%). If only the government offered some sort of credit to offset the cost of purchasing an EV. Nah, that would never happen…