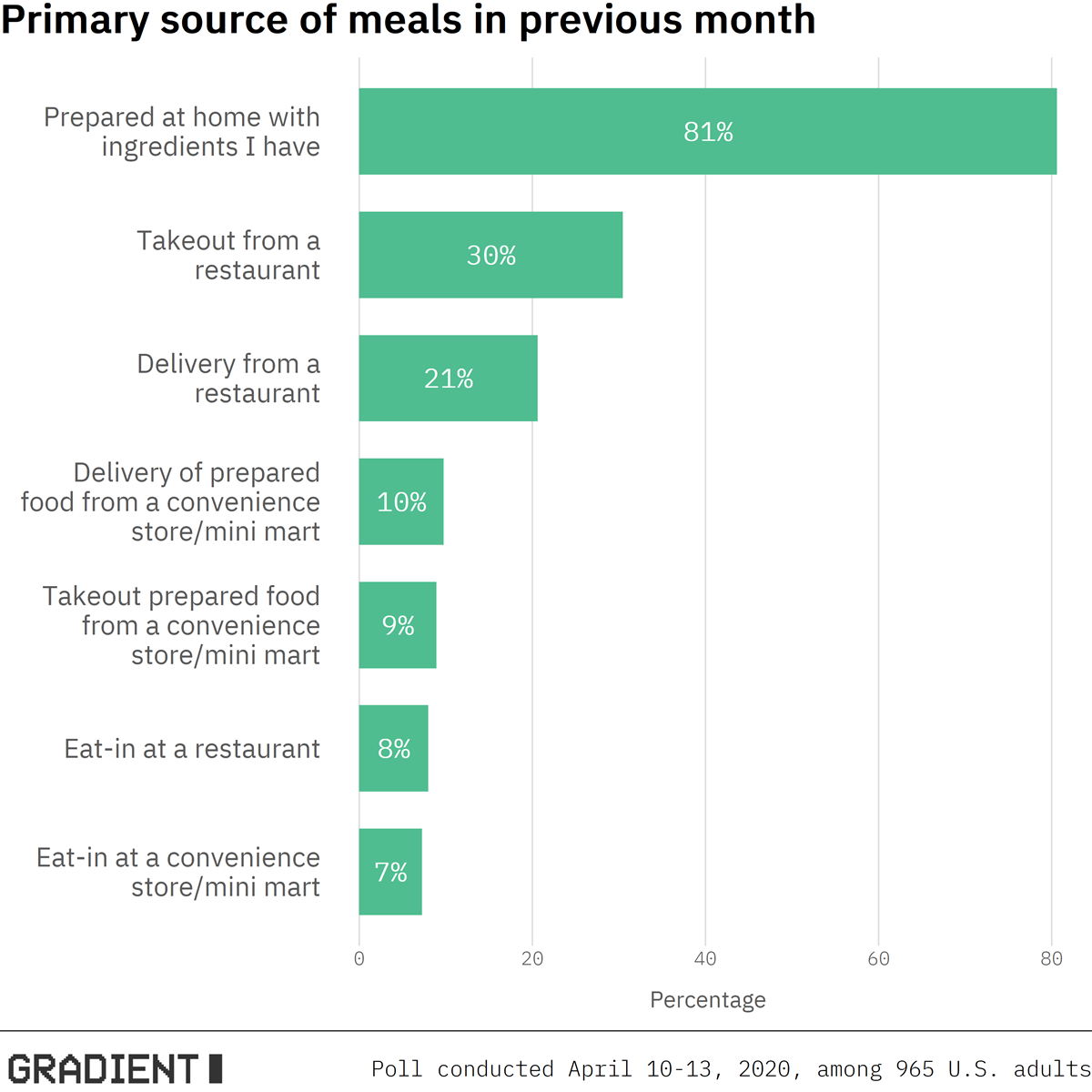 Over the past month, 80% of Americans say the majority of their meals have been prepared at home. With romantic dates and mingling at bars sidelined until further notice, the American home kitchen is now the center of our culinary world. But how are the latest generation of pandemic-inspired Top Chefs stocking their pantries and veggie baskets?

For starters (aka an appetizer) only 20% of Americans say the grocery items they need are always available. (Don’t even bother asking about toilet paper.) In the past month, nearly half (48%) have purchased their groceries online and either picked them up or had them delivered.

The meat and potatoes for the grocery industry is that among the 61% of Americans who have used grocery delivery for the first time in the past month, 75% now plan to continue delivery even after the outbreak subsides.

However, 75% of Americans still make an IRL visit to their local grocery store, and of those, 39% visit weekly. And instead of waiting in line at their favorite restaurant, 38% of Americans report having to wait to enter their grocery store on their last visit.

While 25% of shoppers say they have been buying more at the grocery store than before the outbreak, the chef’s special — grocery delivery — is earning widespread acclaim from home chefs nationwide. Don’t be surprised if Instacart, PeaPod, and Amazon Fresh receive Michelin stars this year. It’s not like they have any competition anyway.