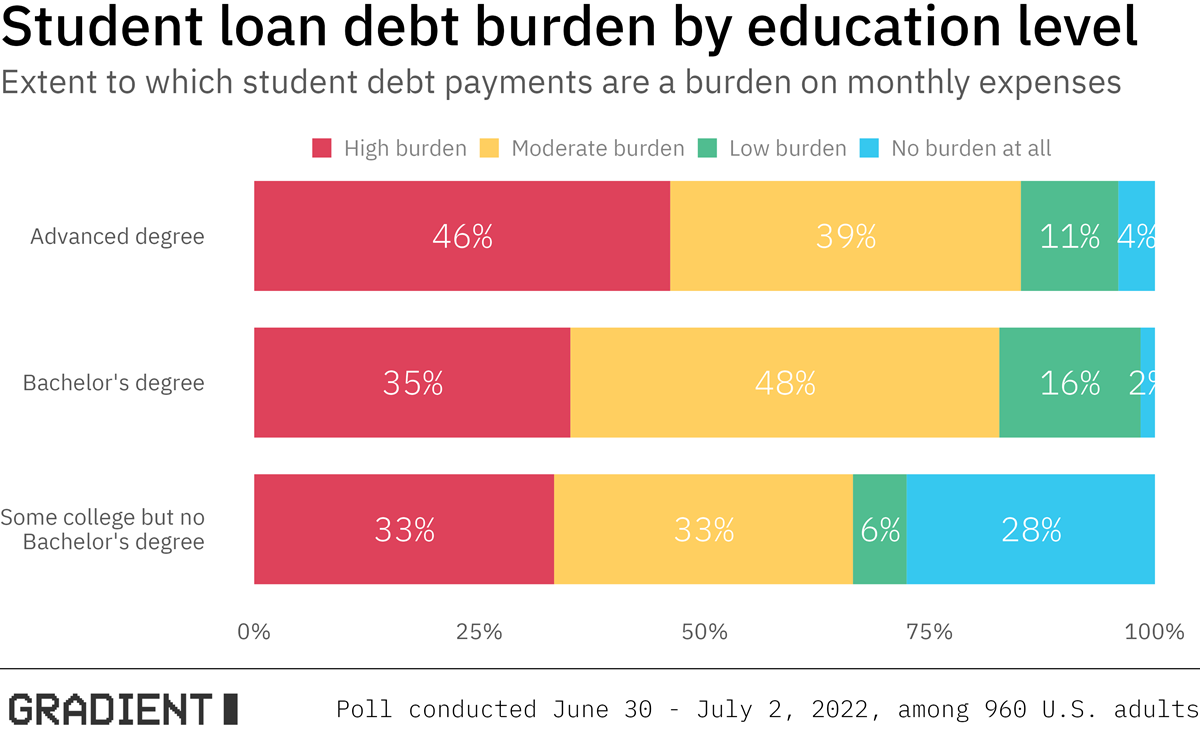 While getting a college degree once was the surest way to a white picket fence and second freezer in the garage, the college educated among us are questioning the value of robbing the future to… have a future. What’s more American than stealing from the future? (Best to keep the answer in your head.)

Thirty percent of Americans have taken out a loan at some point to finance their college education; this rises to 59% for those with a Master’s degree. You probably don’t want to know how the other 41% got through grad school.

Though college-educated Millennials have traded frat parties in rooms with sticky floors for dinner parties in rooms littered with baby toys, 70% are still paying off their student loans. But don’t be dismayed, dear Millennials: 17% of Boomers are still making payments, too. See, you do have something in common. Ok, Millennial.

Those who plunged into the deep end of the debt pool may not look so smart, as nearly half (46%) consider their debt payment to be a high burden on their monthly expenses. And here we thought the extra letters after our name would add extra zeroes to our salaries, not our debts.

But just like the Vatican has done with so many of its priests, the federal government is considering forgiving student loans. Nearly a quarter of Americans (24%) support the government forgiving 100% of student loans. But a nearly equal proportion (22%) don’t think the government should forgive any student debt. This sounds like something a Model United Nations team should hash out. And then have an a capella group shower the winner in showtunes in the middle of the dining hall.