Get Rich or Try Disputing the Definition 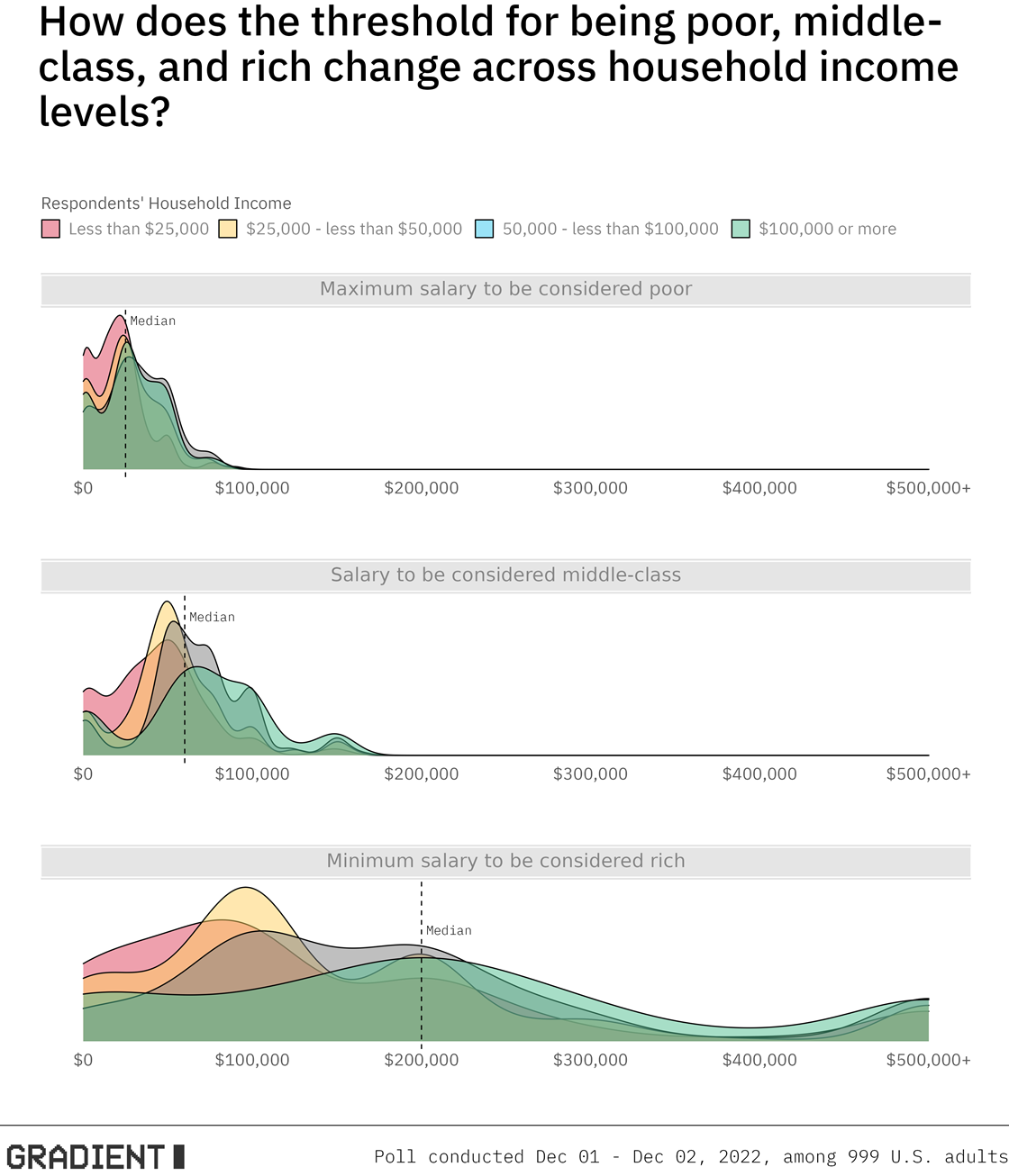 Between major market shifts and inflation, what it means to be rich and poor changes. While the poverty line gives some indication of what it means to be poor in the U.S., this number does not necessarily capture the perceived amount of money needed not to feel poor. Even less is known about how much money it takes to feel rich.

According to Fiddler on the Roof, being rich in the early 1900s consisted of a house with a tin roof and a yard filled with fowl. Surely, the rich should be able to afford copper roofs by now?

To more accurately label the rich dads and poor dads, we asked Americans how much money is needed to consider someone poor, middle class, and rich. Using the center point of the distribution of responses (✋the median🤚), Americans believe the maximum amount of money a person can make per year and still be deemed poor is $25k.

What it means to be poor is different for those across income brackets. Households currently making $25k or less per year see the line at $20k. Those earning $50k or more per year would put the threshold at $30k. In this game of socioeconomic class limbo, the wealthy can apparently only go so low.

When we asked Amercans who make less than $25k a year about their financial stability, only 32% said they feel financially secure on a monthly basis. Those who are feeling financially secure with so little may be taking the yard-filled-with-fowl situation a little too literally.

The $60k threshold to be considered middle class may be a bit low, as only 64% of respondents who earn $50-$99k annually feel secure, compared to 86% of those who earn over $100k. Call us crazy, but the dollar may not be going as far as it used to. How much money does it take to have the emotional security to be at peace with your social class? A therapist costs what!? In that case, what about a round-the-clock Karate Man for physical security?