Go Forth and Vote (Despite the Whole Pandemic Thing) 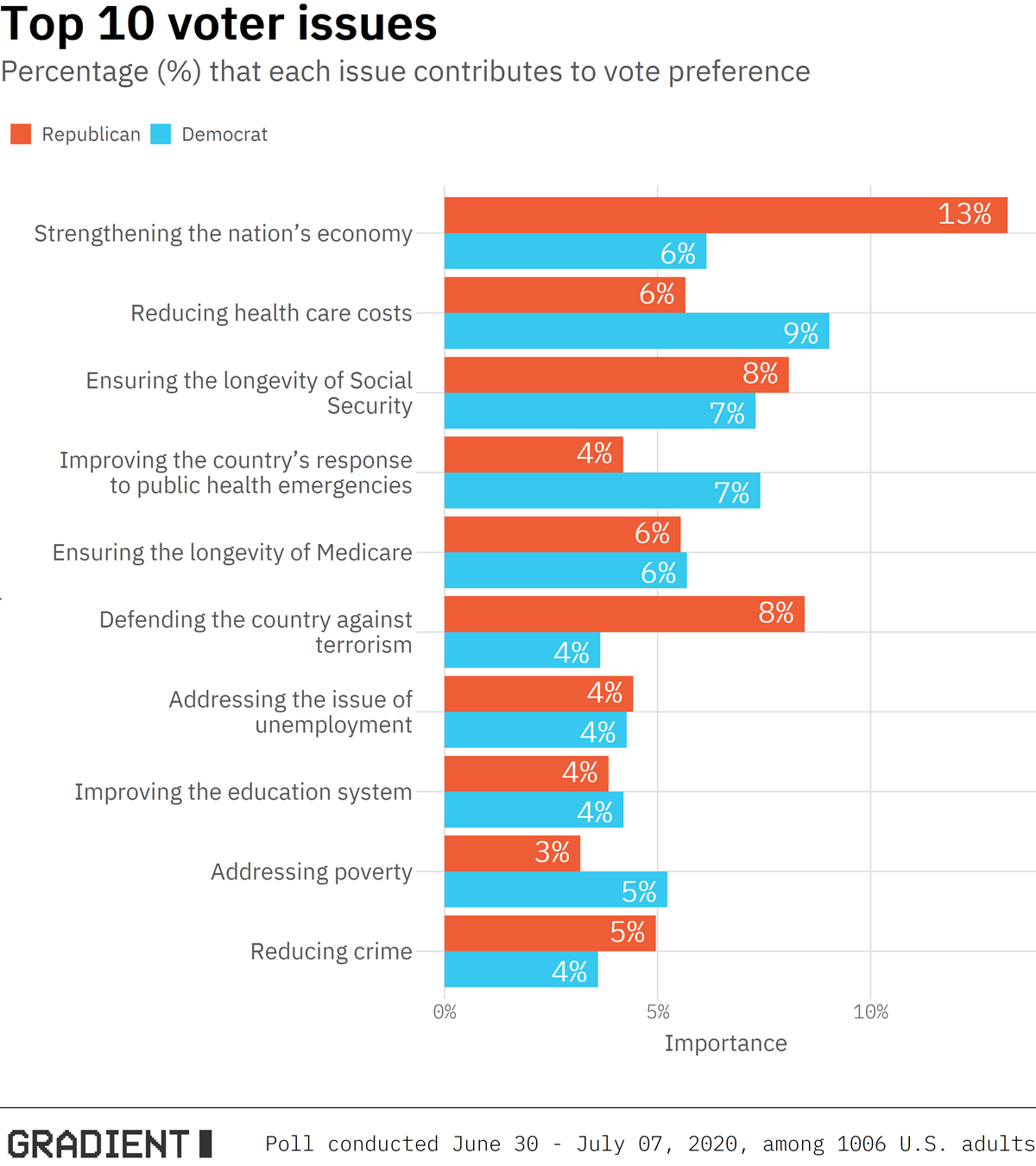 In less than 100 days, there will be this thing called an election. Despite all the uncertainty of 2020, participating in democracy is one thing we can do to help shape the future. So, we used one of our favorite choice experiment methods, a MaxDiff, to identify what issues are most likely driving Americans to the polls in November.

In addition to issuing Trump a mandate for a second term or a referendum on the first one, voters will be navigating an issue landscape that includes a few new (or shall we say novel) players like addressing our response to public health emergencies. Too bad we can’t vote the virus out of office.

Among all Americans — and no surprise here — strengthening the economy reigns supreme. But healthcare in various forms is a highly salient issue, as reducing healthcare costs, improving our response to public health emergencies, and ensuring the longevity of Medicare are all in the top 5 most important issues. Sounds like our healthcare system could use some first aid.

In a rare show of unity, Republicans and Democrats largely agree on the most important issues with a few exceptions: Republicans place a high premium on defending the country from terrorism while Democrats want to address systemic racism.

And while a top 10 issue for both parties, improving responses to public health emergencies is the second most important issue for Democrats but barely cracks the top 10 for Republicans. Unfortunate; given the virus isn’t picking a political side.