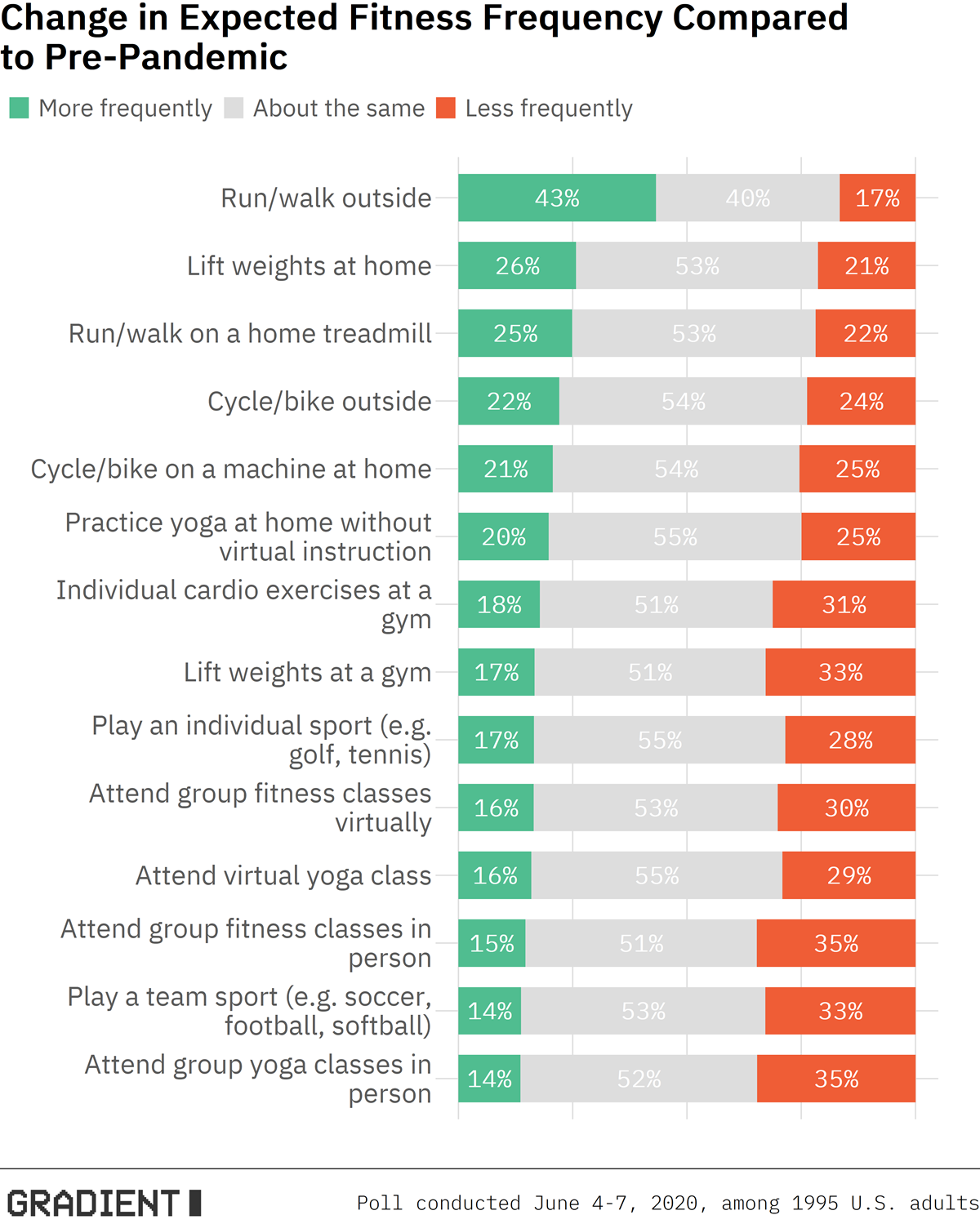 After three months of lockdown, two-thirds of us are watching more TV and movies, and nearly half of us are eating more. With public gyms and recreation centers mostly off-limits, it’s probably best that pools and beaches remain closed this summer. Why don’t we all commit to staying fully clothed this year?

Prior to the pandemic, 74% of Americans report that they were very or somewhat active. Today, it’s 10% lower, despite a laudable increase in running or walking outdoors.

Much of this decline is due to the one-third of Americans who used to regularly work out in a public gym but now resort to laps around the block or using the treadmill that was previously only plugged in during its annual dusting on New Year’s Day.

In a stark financial reality for gyms, 47% of Americans with gym a membership have already or plan to cancel.

Although half of Americans expect to sweat it up at group fitness classes, team sports, and yoga classes, one-third plan to stay away from indoor fitness venues. But there is room for the Zumba/gym rat/pilates addict among us — 68% of Americans with gym memberships would be willing to wear a mask if it was required. There is no masking their dedication to #fitfam.