After last summer’s nationwide reckoning with police brutality and systemic racism, this Black History Month may prove a turning point in recognizing that Black history deserves its rightful place in America’s historiography. In fact, more than three-quarters of Americans support increasing the amount of Black history and non-White history that is taught in public schools. Americans 45 and under are significantly more likely than older generations to support this change, but the majority of all generations are keen to see more Black history outside of Black History Month.

But, what is the appetite for changing legal tender aka cash? Similarly high: 67% of Americans support Harriet Tubman sharing the $20 bill with Andrew Jackson.

Hold on, though, change doesn’t come that easily. 45% of Americans oppose a ban on publicly displaying confederate flags and memorabilia.  And what’s more American than partisan division? Partisan division over the history of the confederacy. While 70% of Republicans oppose bans on confederate displays of affection, 74% of Democrats support it. OK — there are those strong opinions we were missing in the previous story. 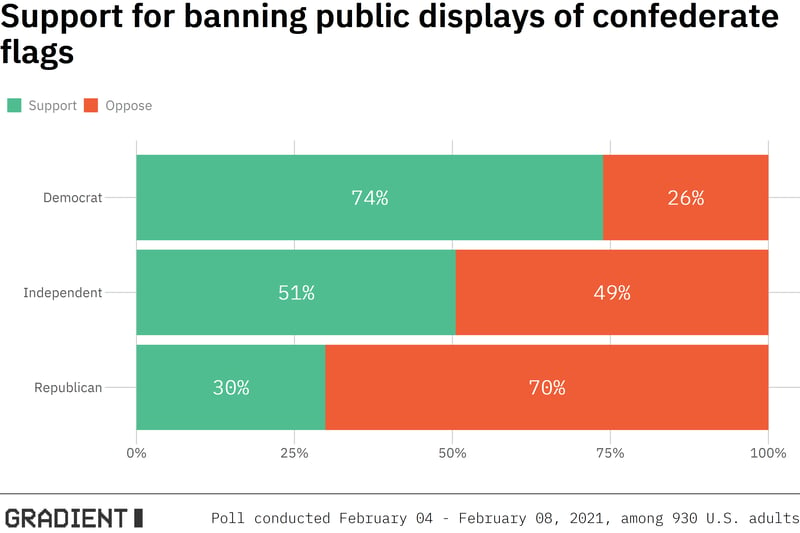 Let’s let Harriet decide. Money is power after all.