Lockdown to Get Down 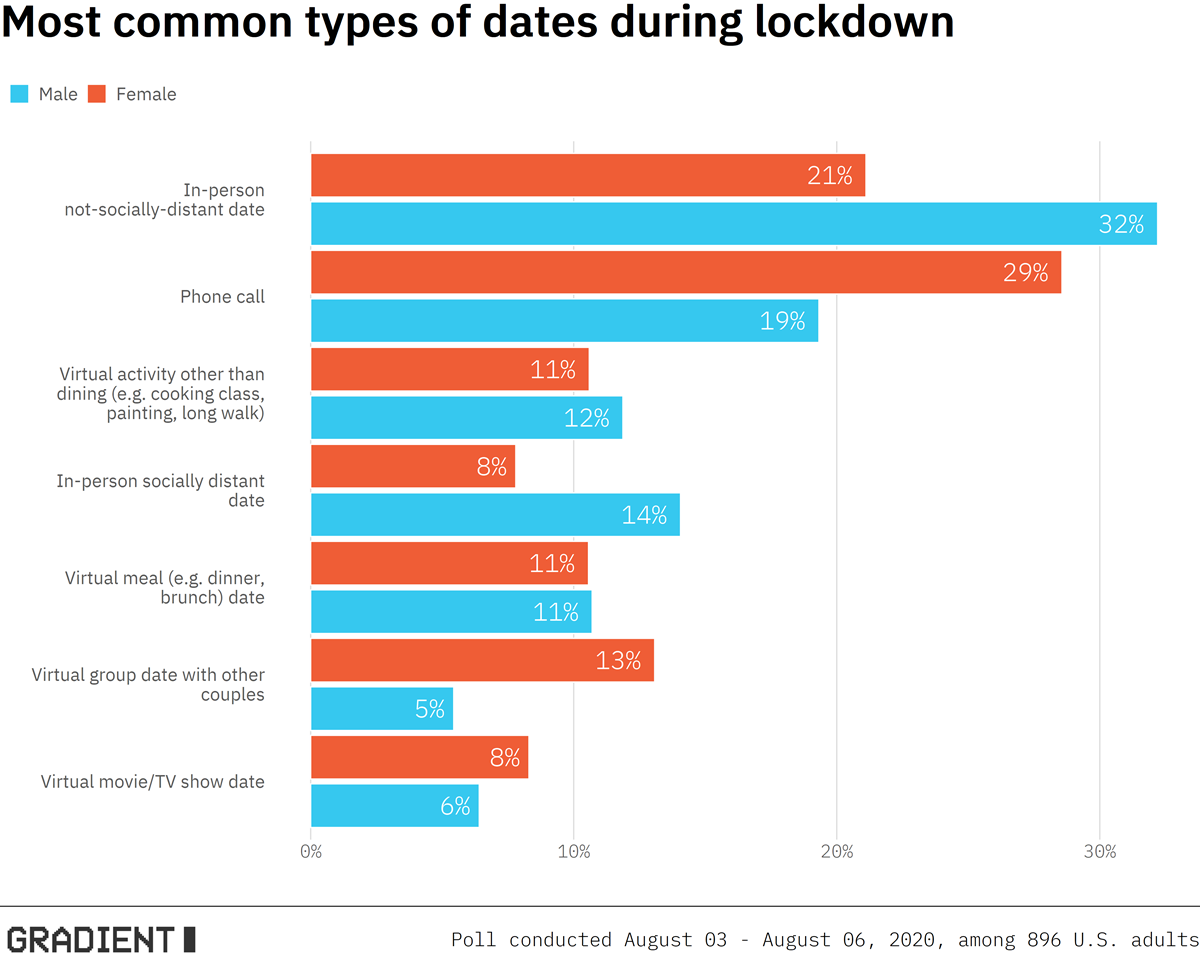 No travel. No sports. No restaurants. No fun.

The lockdown has been a death knell to many aspects of being a human being (aka mammal), but what has it done to the one thing that creates other human beings? Cue light dimmers and Marvin Gaye. 20% of Americans report increased sexual activity since the shelter-in-place orders went into effect.

Of course, that assumes you’re locked down with someone who is down to get down. Married couples will not be referring to 2020 as the year of their second honeymoon as 70% report no discernible changes. Maybe a little status quo isn’t the worst thing amid so much change.

For those who have been dating, the most common type of date is an in-person, not-socially-distant date (25%). Hopefully they are using more than just masks as protection.