No, Kids, We’re Not There Yet. 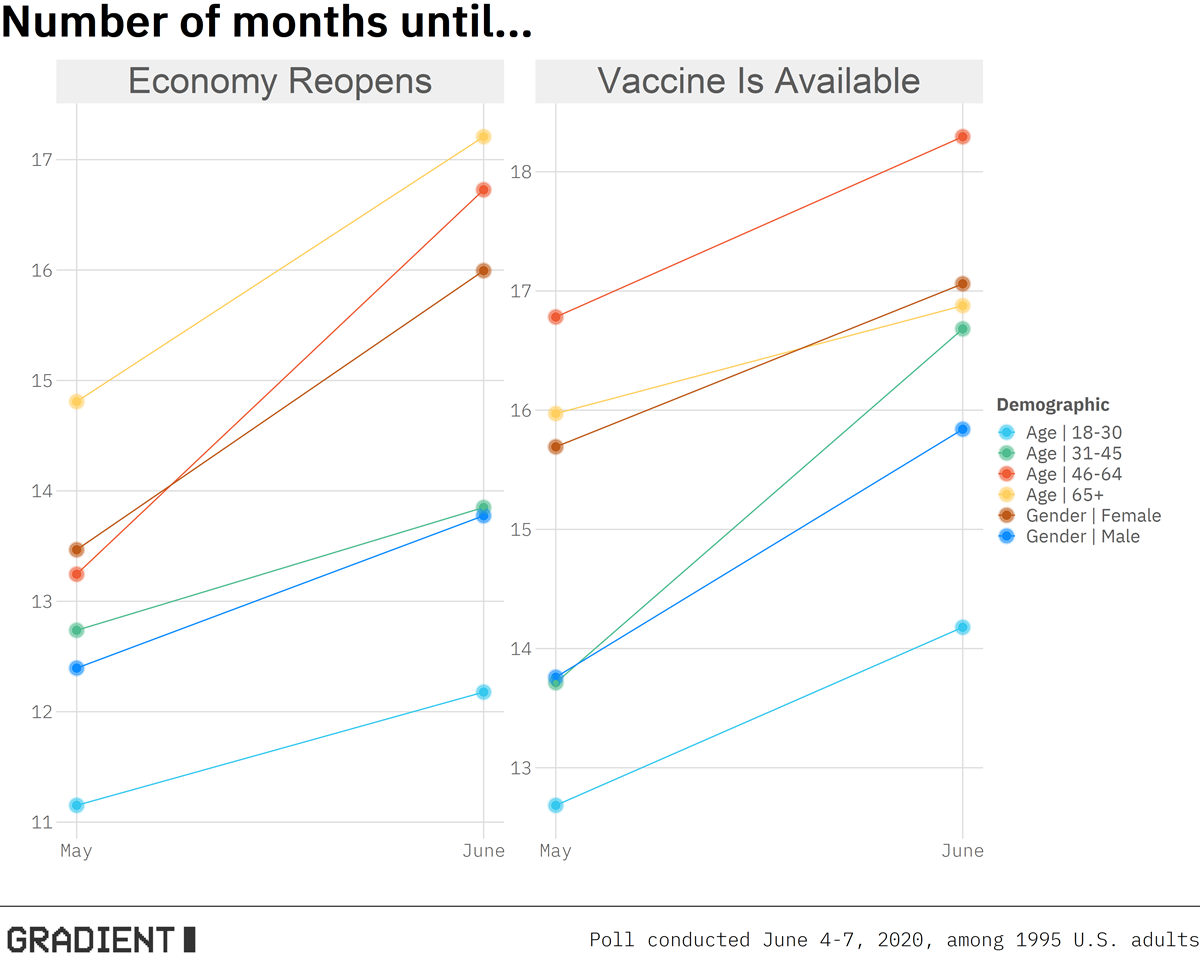 In May and June we asked Americans in how many months they think 1) the economy will resume normal economic activity and 2) a vaccine will be available.

Funny (actually, not at all) that nobody thinks we’re getting closer to achieving either goal. Despite the passing of one (wild) month. Re-openings be damned.

By June, the median estimate for the economy to resume normal activity is 14 months from now. This is one month longer than the May prediction of 13 months. But, but … wait? We’re one month further along. Ouch.

The estimate for a vaccine to be available is 16 months, which is also extended over May’s estimate of 15 months. That's October 2021 (instead of August 2021) for those of you keeping score. 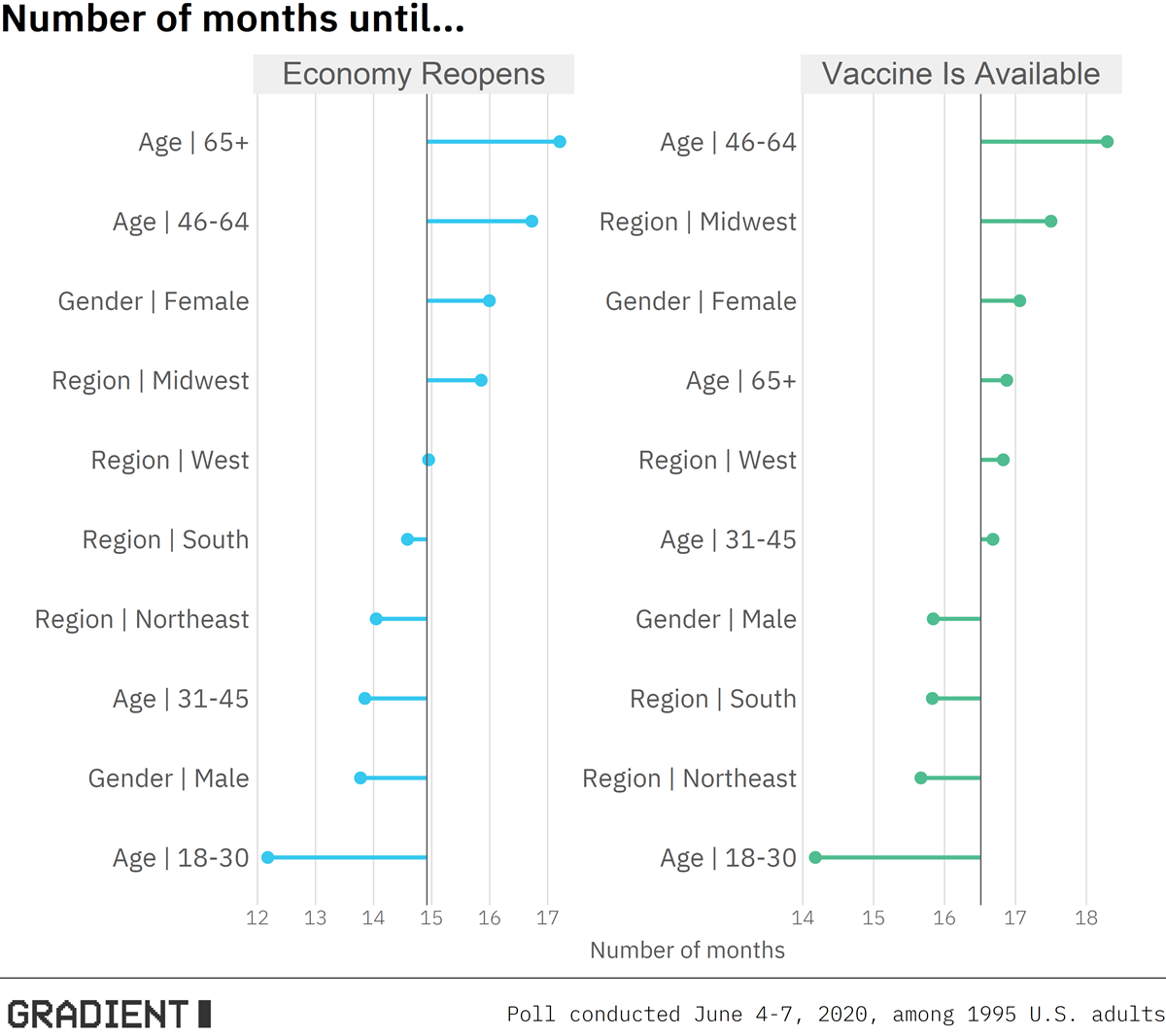 Young Americans hold the most optimistic projections — yet they are also the ones contributing to the virus’ recent spread. So take their estimates with a rim of salt on your margarita.