No Pinching Pennies for Politicians 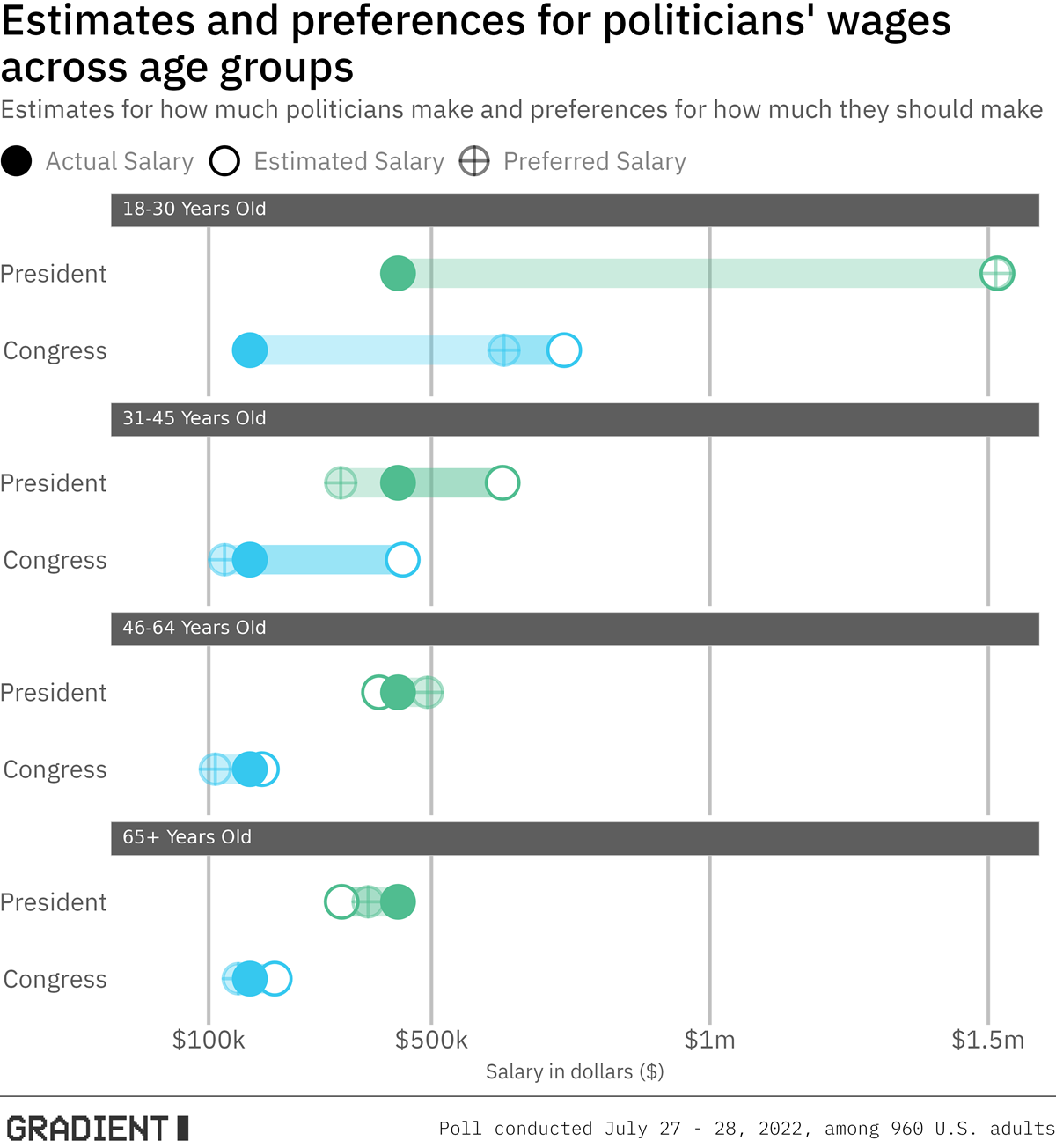 Everyone loves politicians because they are so down to earth and do their best to make our lives better. Oops. Did we say politicians? We meant plants; plants are grounded and provide the oxygen we need to survive. Politicians are kinda the antithesis of plants (nice try, Representative Mayra Flores): flying around on jets, never touching the ground, and making us choke on their carbon emissions in the process.

While their jet-setting lifestyles make it clear politicians are out of touch with how much the average citizen earns, we tested whether Americans could guess the salary of the president and members of Congress. The average American believes the president earns around $661k, 20% more than their actual $400k salary. Similarly, Americans overestimated Congress members' $174k annual salary by nearly $200k. Maybe members of Congress mistakenly think Americans make twice as much as they actually do, and that's why they haven't raised the minimum wage in 15 years.

Younger Americans are more likely to overestimate the earning potential of a politician. In fact, the average guess of the president’s salary among 18-30 year-olds ($1,153,968) is 3x higher than the guess of Amercans 65 or older ($368,043).

Compared to their elder counterparts, younger Americans both estimate politicians are paid more and believe they should be paid more. Whereas the average 18-30 year-old thinks the president should earn $1,184,989 a year, those older than 65 believe the figure should be around $429,770. At least they have bribes unlimited campaign contributions to fall back on.