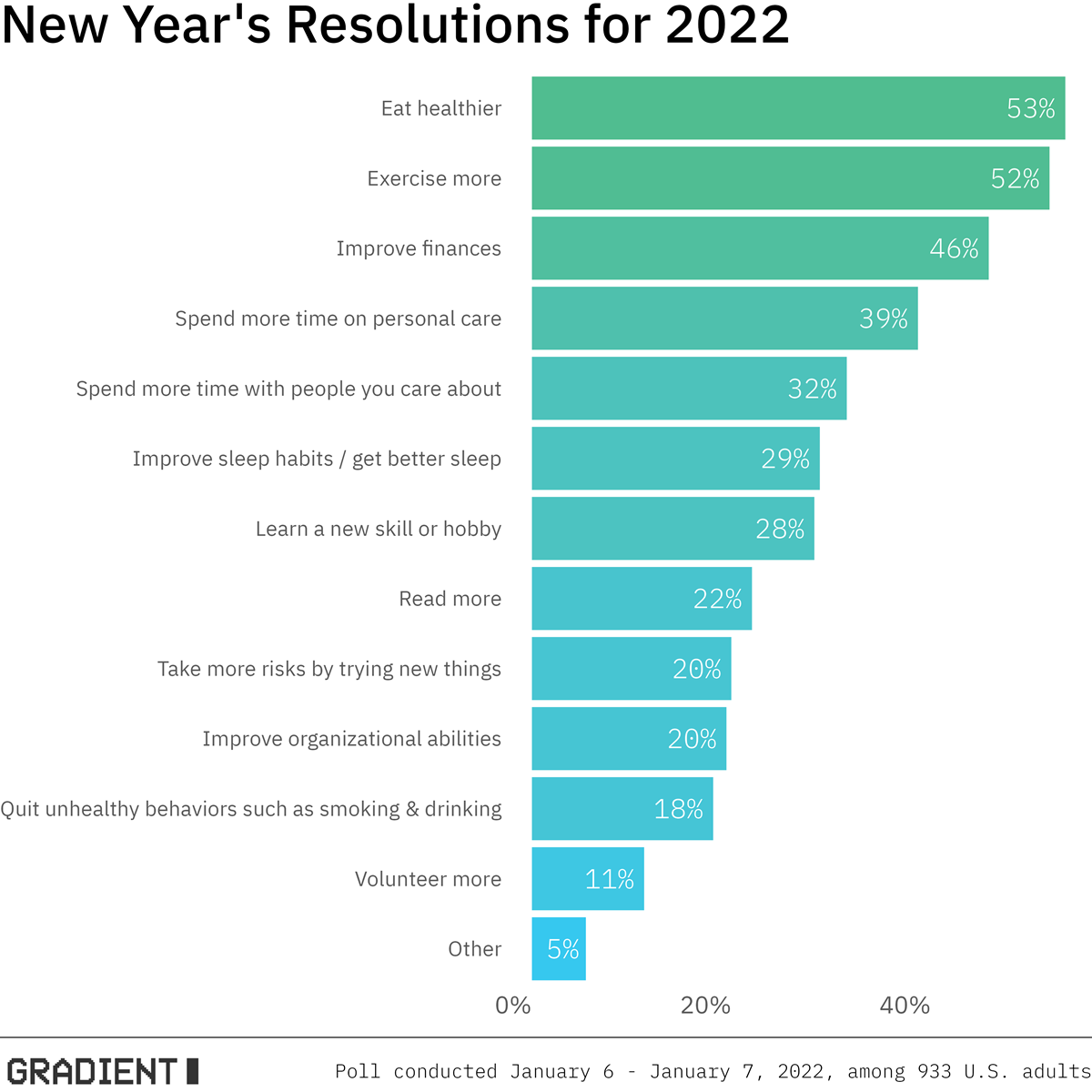 According to the Organismic Theory in Psychology, and maybe some yoga instructors who take their job too seriously, human beings naturally strive for growth and self-actualization. This idea can be seen culturally through the proliferation of New Year's resolutions. In fact, historians believe that ancient Babylonians partook in the creation of New Year’s resolutions 4,000 years ago. Historians are still unsure if the Babylonians figured out how to time a giant disco ball to fall at just the right moment.

A mere 37% of Americans entered 2022 armed with a New Year’s resolution. Maybe people are getting lazier over time or they are maintaining the same goal they have had for the past two years: don’t get COVID! Among those who made resolutions, eating healthier (53%), exercising more (52%), and improving finances (46%) are the most common. Become an early adopter of America's newest craze: stuffing your pants full of produce coupons and jogging to the grocery store.

A whopping 96% of people are confident that they will keep up their New Year’s resolutions by the end of February, with most (93%) believing they will achieve their goal by the end of the year (don’t worry, we’ll follow up on that one 😈). Unfortunately, such confidence may be unfounded as only 11% of Americans completely accomplished their 2021 goals. But hey, what’s more American than brazen and blind confidence, without which we may never pursue any difficult goals in the first place?!