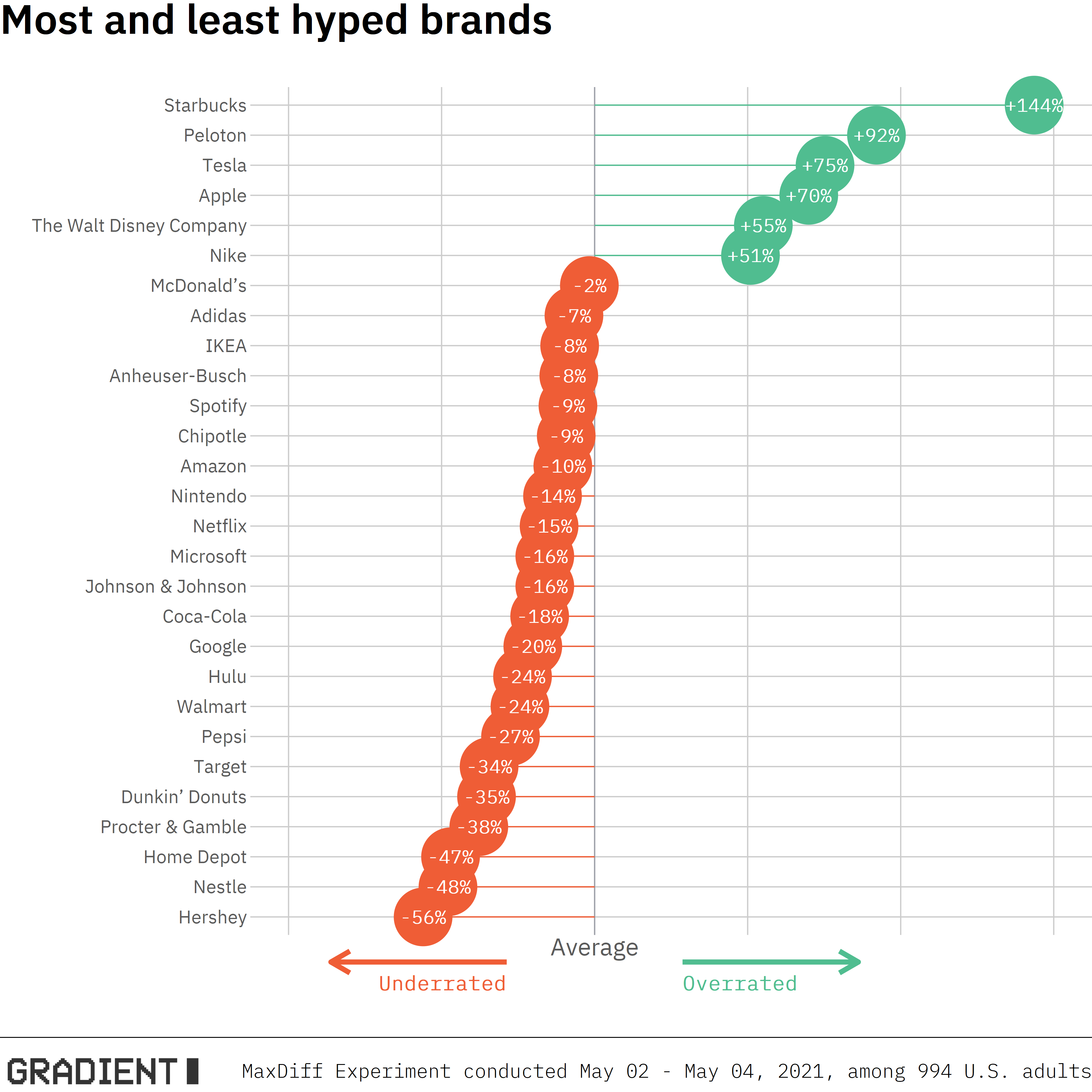 Like any decorated athlete who signs a multi-million dollar contract only to disappoint on the field (*cough* Michael Jordan’s attempt at baseball *cough*) or a musician whose live performance doesn’t equal their recorded album (anyone remember Ashlee Simpson?), some things are just overrated. And this designation is not just reserved for (former) celebrities.

Which is why we asked Americans to rate popular brands in a MaxDiff experiment to separate the over-hyped from the under-hyped.

Although Peloton sales surged 178% as people replaced their gym memberships with home-training appliances, the brand now seems to be suffering from its own success. Maybe at first, when Peloton saddles held sweaty people instead of wet laundry, the hype was justified, but today, Americans largely agree that Peloton is an overrated brand.

While Tesla’s stock may be supercharged, its reputation on the street is more eye-rolling than eye-popping. Maybe its due to Tesla’s insane valuation, or maybe it is because people are mad that Elon crashed the crypto market yet again. Or just flatout find Musk to be a little too out there with his need to dominate space. Either way, Americans feel like Tesla needs to come back down to Earth.

While big box stores may lack the sexiness of a sleek Peloton bike or a new Tesla, Americans are rooting for the utilitarian all-American brands Target, Walmart, and Home Depot.

Are you in the market for a balanced meal? Then get yourself an overrated Starbucks coffee and an underrated Dunkin’ Donut to complement a perfectly reasonable Quarter Pounder from McDonalds. Now that’s the American Dream.

One thing we can all agree on is that, no matter the brand, chocolate is always underrated.

Want to see the data? Curious about the methodology? Just reply to this email.