Puttin' Putin in His Place 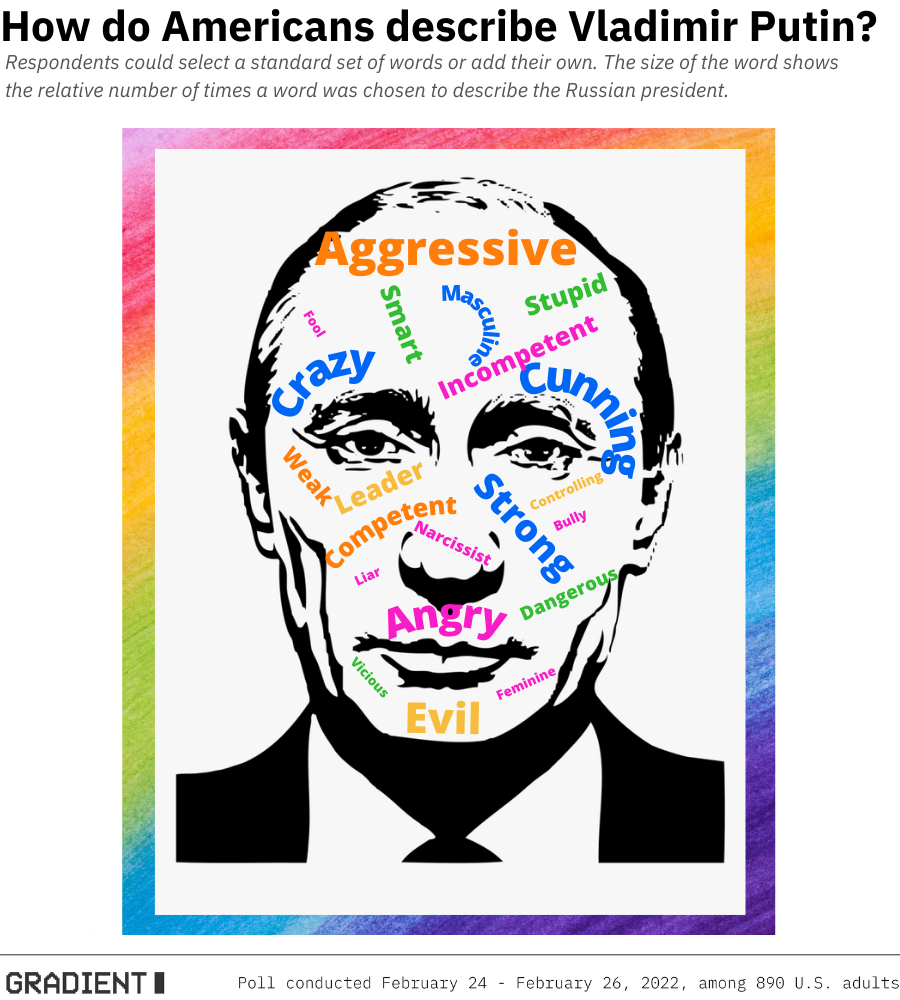 The situation in Ukraine is developing faster than macrocystis pyrifera. If that comparison is confusing, it’s okay, the whole world is a bit confusing right now. One thing is certain: Americans do not like Russian President Vladimir Putin. Almost three-fourths of Americans have unfavorable views of tyrant Putin, with the most common adjectives used to describe him being “aggressive,” “evil,” and “crazy.”

The 15% of Americans who were unsure about their views of Putin are mostly the same as the 21% who were unfamiliar with the Russian military invasion of Ukraine when the survey fielded February 24th-26th (days 1-3 of the invasion). Unless you’re a Big Brother contestant, news of the invasion has probably reached you by now, and like many Americans, you may have formed an opinion about the Kremlin Gremlin.

Looking to the future, Americans worry that the Russia/Ukraine conflict will escalate. At the start of the invasion 77% believed it likely that other countries would get involved. Almost half of Americans (45%) support U.S. military involvement in the conflict. In what may be a bigger shock to your mid-2000s-era self than AOL Instant Messenger not becoming the primary source of global communication, it is Democrats who are more supportive of getting involved in the war than Republicans. Republicans appear to be less inclined to enter a war when it does not involve their (s)oil. 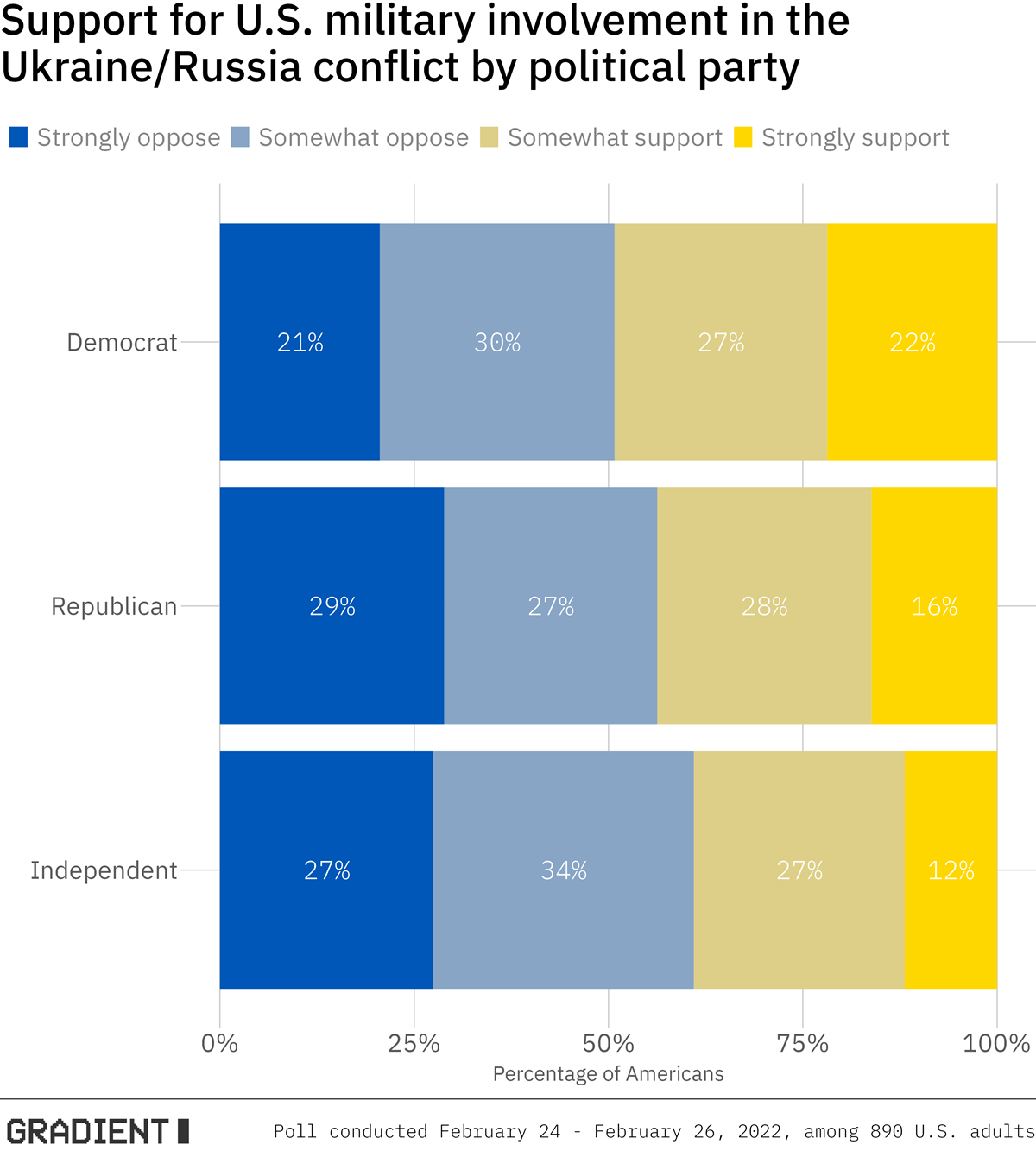