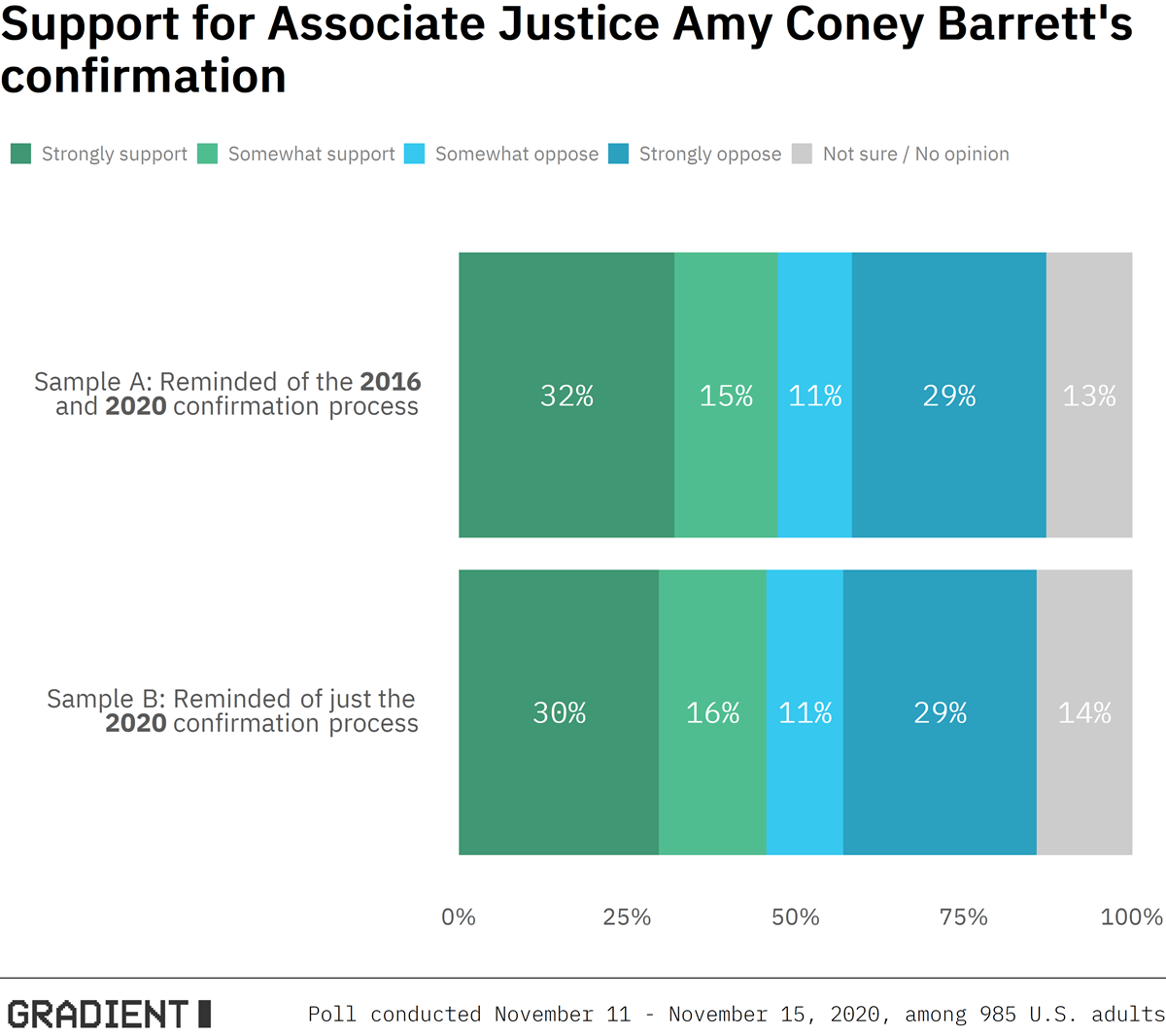 As history has been known to repeat herself, an eerily similar event occurred four years ago when Associate Justice Antonin Scalia passed away 10 months before the 2016 election. Yet, at that time there was no attempt to even try to replace him by the Republican-controlled Senate until after the election. 🤔

Given how important precedent is in the legal world, we crafted an experiment where half of the sample read a contrast between the 2016 and 2020 SCOTUS confirmations, while the other half were only reminded of the 2020 confirmation proceedings.

Regardless of what they read, Americans’ perceptions of Justice Amy Coney Barret did not budge. Her supporters and detractors are equally loyal to their side.

It was a double-edged sword for the GOP. While they got a commanding majority of the highest court in the land, their favorability dropped 5%. Was the risk worth the reward? Tune in to January's Georgia run-offs to find out.