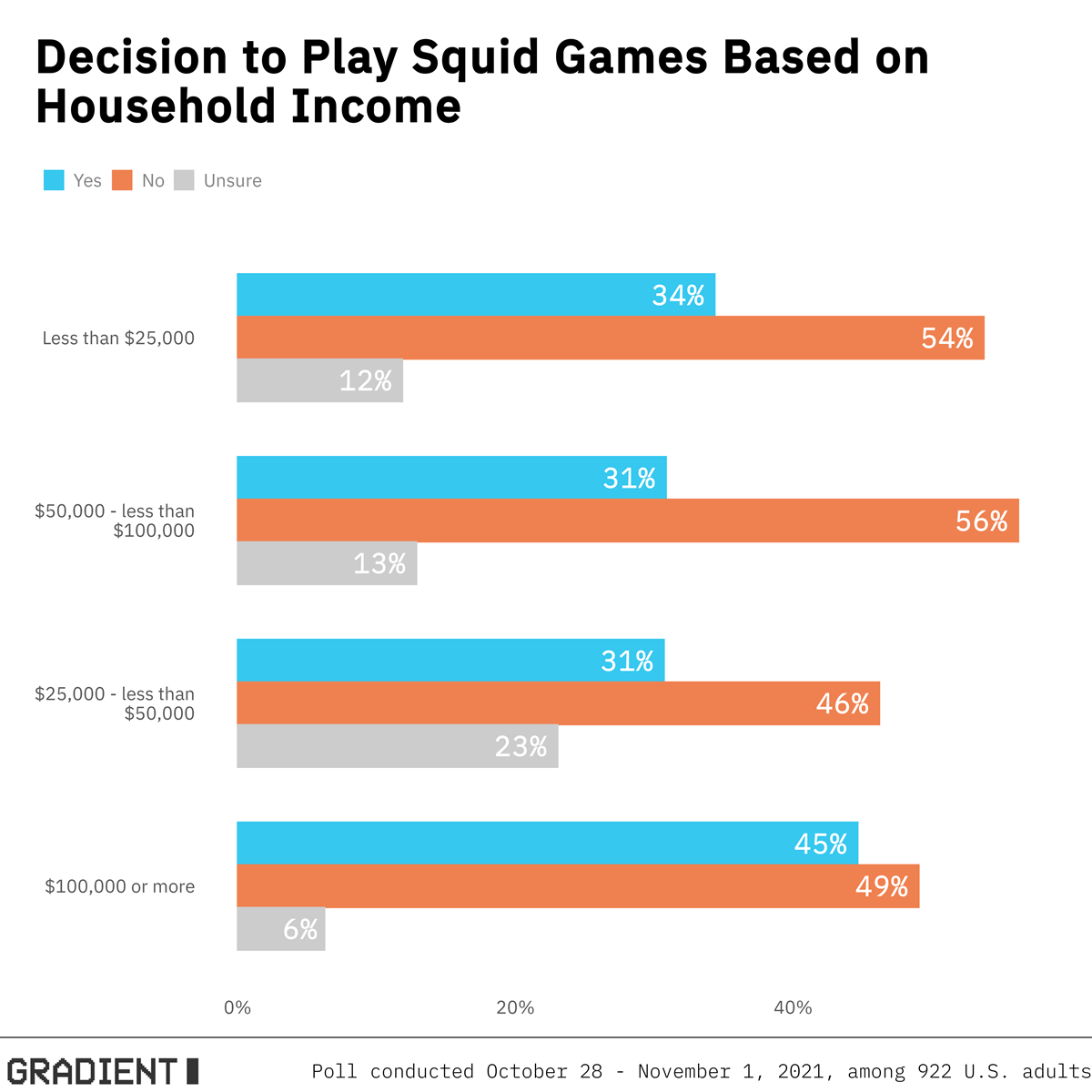 Do you wanna play a game? How about a squid game? Among the 65% of Americans who have watched the hit Netflix series Squid Game, a third said they would partake in such an event. Surprisingly, those with a household income of over $100,000 were more likely to want to risk their lives in a game of double dutch.

At what price? Very little, it turns out. Among those willing to participate, 32% would do so for between $10k and $100k. Don’t tell Oscar Wilde, but the character Old Man seems to be a clear case of art imitating life.