Some People Call it Football, Others Call it Potential-Death-Ball 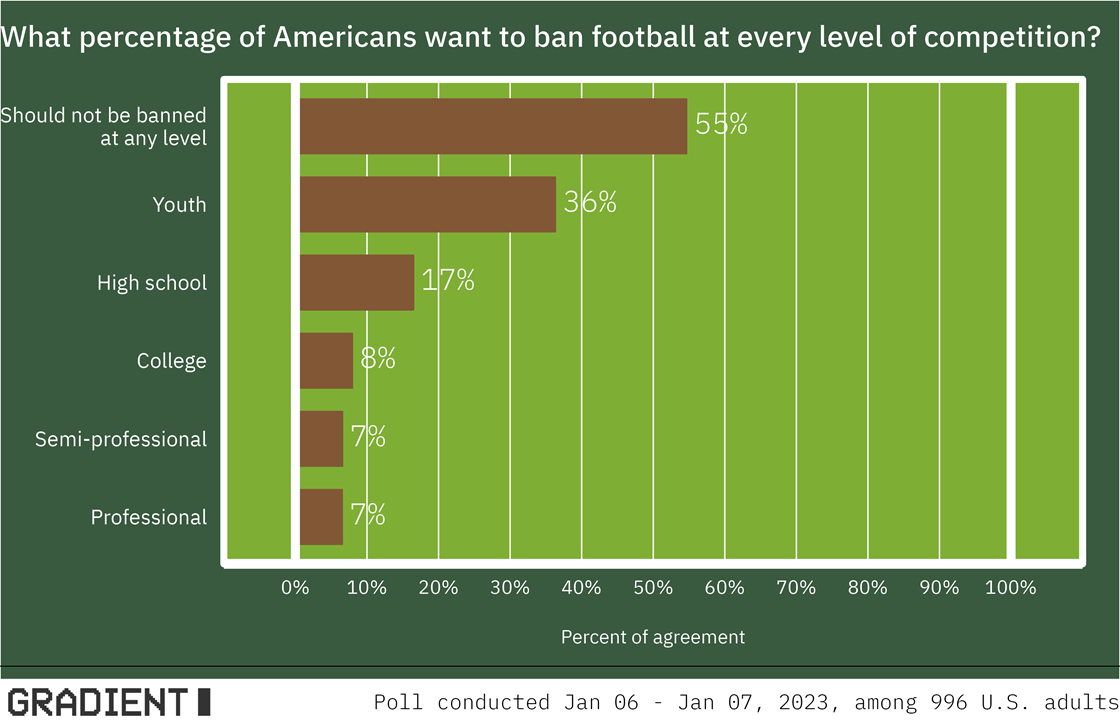 With the World Cup over, it’s time to focus on real football. We don’t mean “real” in the sense of its name, as football clearly makes more sense for a sport played with feet (excuse us, meters). We mean “real” in the sense that when a player falls in excruciating pain they are actually suffering—not auditioning for Sam Raimi’s next horror movie. CTE clearly stands for Cooler Than European-Football.

But has the NFL done enough to protect players from severe injuries? On January 2nd, Damar Hamlin, a safety for the Buffalo Bills, suffered cardiac arrest while making a routine tackle during Monday Night Football. Thankfully, Hamlin survived the scare and was recently discharged from the hospital. While many Americans have shown their support for Hamlin and his charity, will they support changes to the sport to prevent such injuries in the future?

For context, a plurality of Americans (46%) view football as the most dangerous sport–over three times as many as those who chose martial arts (13%). That’s right, Americans believe football is more dangerous than a sport whose sole objective involves incapacitating your opponent. Moreover, of the 82% of Americans who heard about Hamlin’s injury, 78% believe it could have happened to any player and was not associated with a pre-existing health condition.

Clearly, Americans agree that football is a dangerous sport in which any player is at risk of suffering a potentially fatal injury. Yet, only 7% of people believe the sport should be banned at the professional level. There must be some cognitive dissonance at play (cue boos from the upper deck). Watching football is like watching Woody Allen movies or old Bill Cosby comedy specials; we know we should probably stop acknowledging them, but it’s hard to find something better to do with the family on a Sunday.

A higher percentage of Americans believe the sport should be banned for high schoolers (17%) and youth (36%). Additionally, 37% of Americans would not let their child play football. Sorry, but if you’re over 18, your safety matters less than our entertainment. 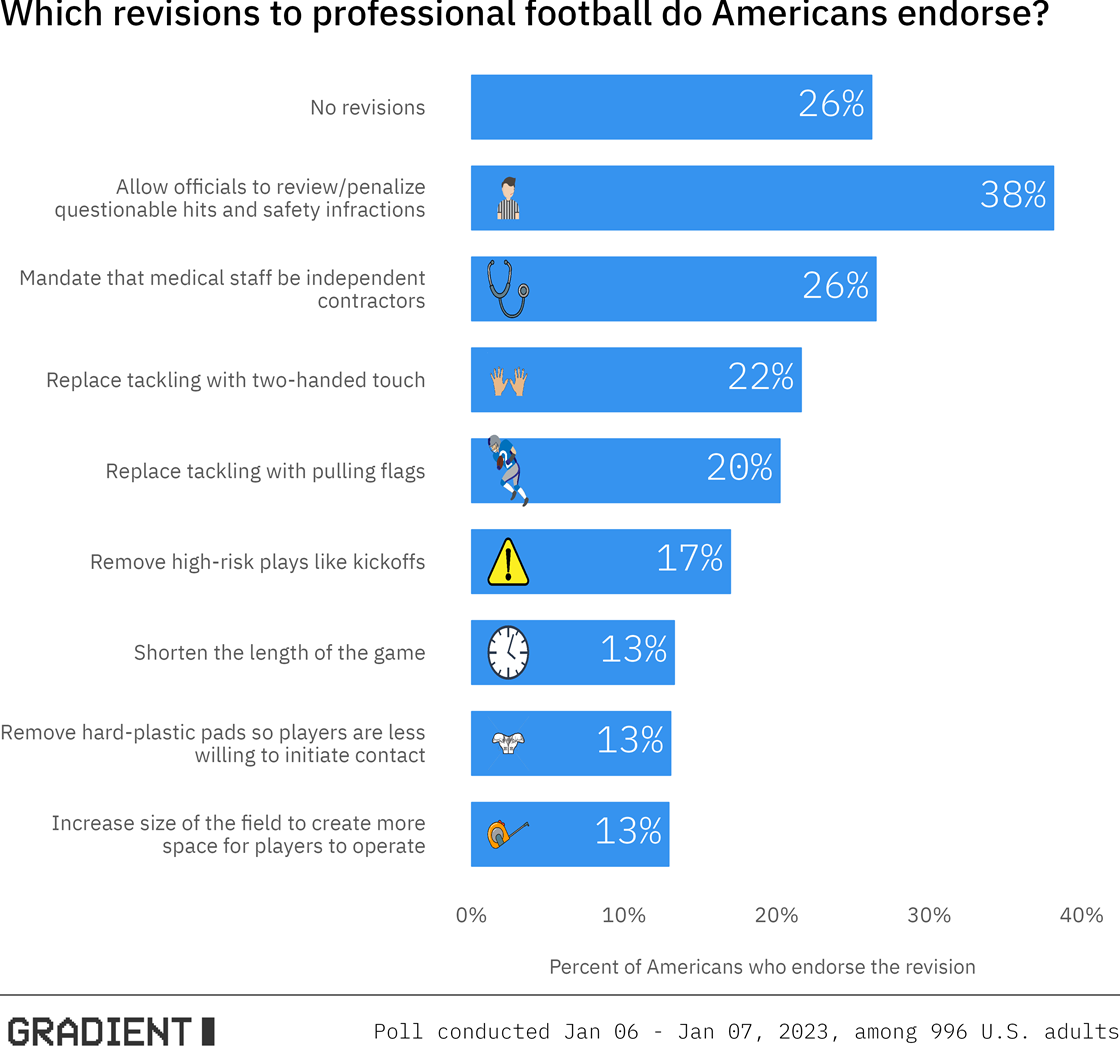 Although few Americans are willing to ban professional football, 74% would be open to revising some of the rules to make it safer. The most endorsed rule changes include: allowing officials to review plays to ensure illegal hits and other safety-related infractions are properly penalized (38%) and mandating all medical staff be independent contractors not directly affiliated with a team (26%). Essentially, Americans want to make sure the injuries are actually diagnosed, but are not as willing to adopt changes that may prevent injuries in the first place. As Bill Cosby once said, “Americans say the darndest things.”