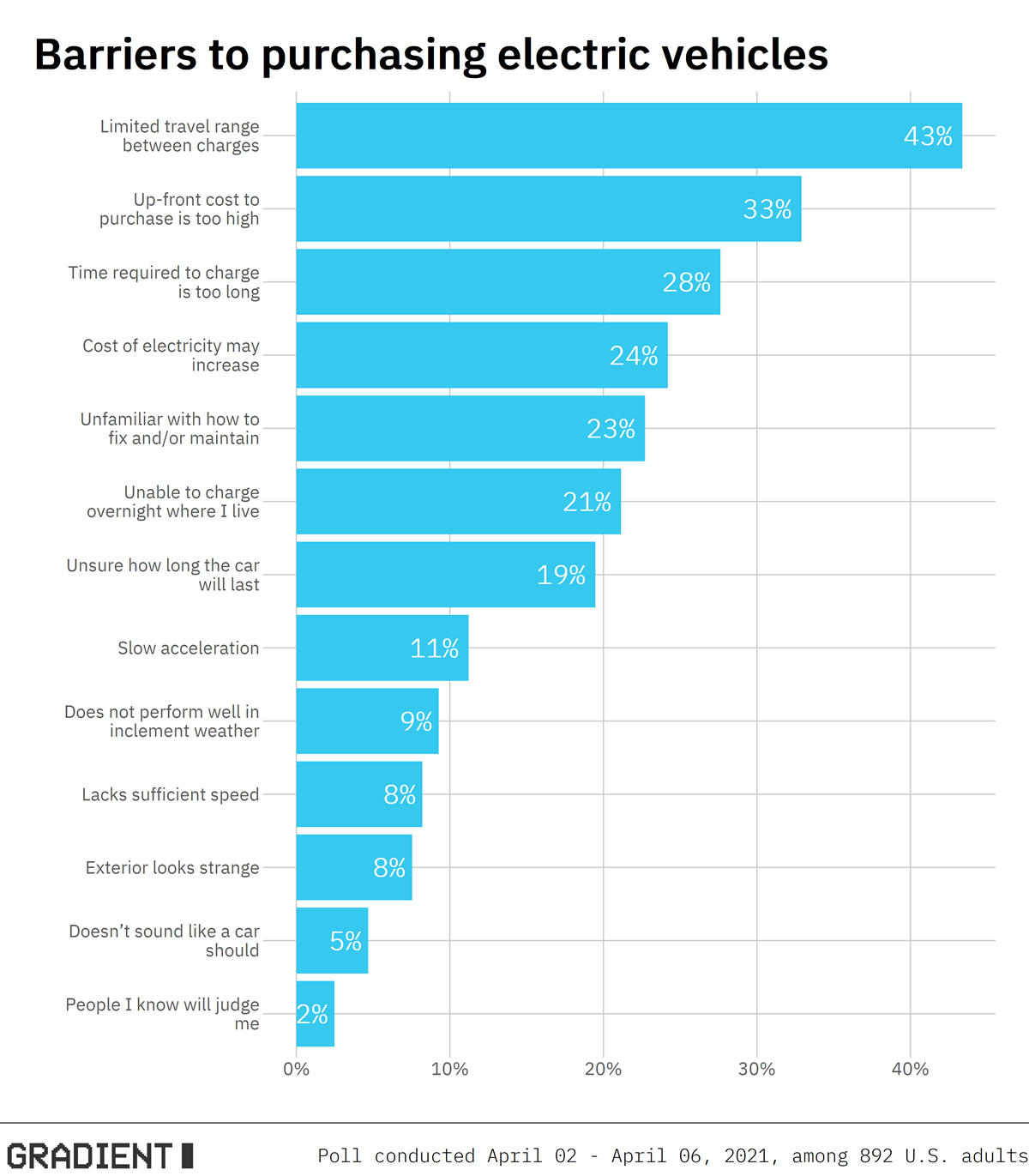 Tesla — the most valuable car company in the world —  is estimated to be worth more than $700 billion, but produced fewer cars than the next most valuable competitor, Toyota, by a factor of 20. Meanwhile, Toyota’s value is less than one-third that of Tesla’s. We call this supercharged (yes, that was a pun) superhype. Which is also sometimes known as an asset bubble.

Is Tesla’s high valuation detached from the chaos of a pandemic where nobody actually goes anywhere and bereft of actual value, like Dogecoin? Or is there actually some untapped market value that is going to power the EV market in the coming years?

Today, of the Americans who own cars, only 6% own a hybrid and a paltry 1% own a fully electric vehicle, so unless we find out that gas-powered vehicles Tweeted something misogynistic six years ago, they won’t be disappearing from the mainstream anytime soon. Despite comprising a tiny portion of the US personal vehicle fleet today, 30% of Americans have considered purchasing an electric vehicle in the past two years.

And the future of EV sales are as bright as a Carvana vending machine: more than half (57%) of Americans have strongly or somewhat considered purchasing an electric vehicle in the next five years. However, consideration is very different from actually purchasing.

What’s getting in the way? Forty-three percent of Americans say that the limited travel range between charges is a concern they have about purchasing an EV. Perhaps Biden’s proposed $174 billion investment in EV charging station infrastructure will alleviate some concerns. Thirty-three percent of Americans say that the up-front cost to purchase an EV is too high, while 28% say they’re concerned about the time required to charge the vehicles.

Tesla has altered the vanity concerns of EVs, which were once the chariots of single, nerdy Silicon Valley techy oddballs. Now EVs are cool enough to drive in public without other drivers reporting an Area 51-like incident.  Only 8% of Americans say that the look of EVs is a barrier, and a mere 2% worry that people they know will judge them for driving one.

That said, 49% of Americans expect it will take longer than 15 years for nearly all personal vehicles to be powered by electricity, and 21% think it’ll never happen. While EVs won’t be soaring in popularity overnight like Non-Fungible Tokens or Dogecoins, there’s certainly evidence of demand, but like any asset bubble, one flat tire can spell disaster for the whole trip.