The DNA of a Sports Fan 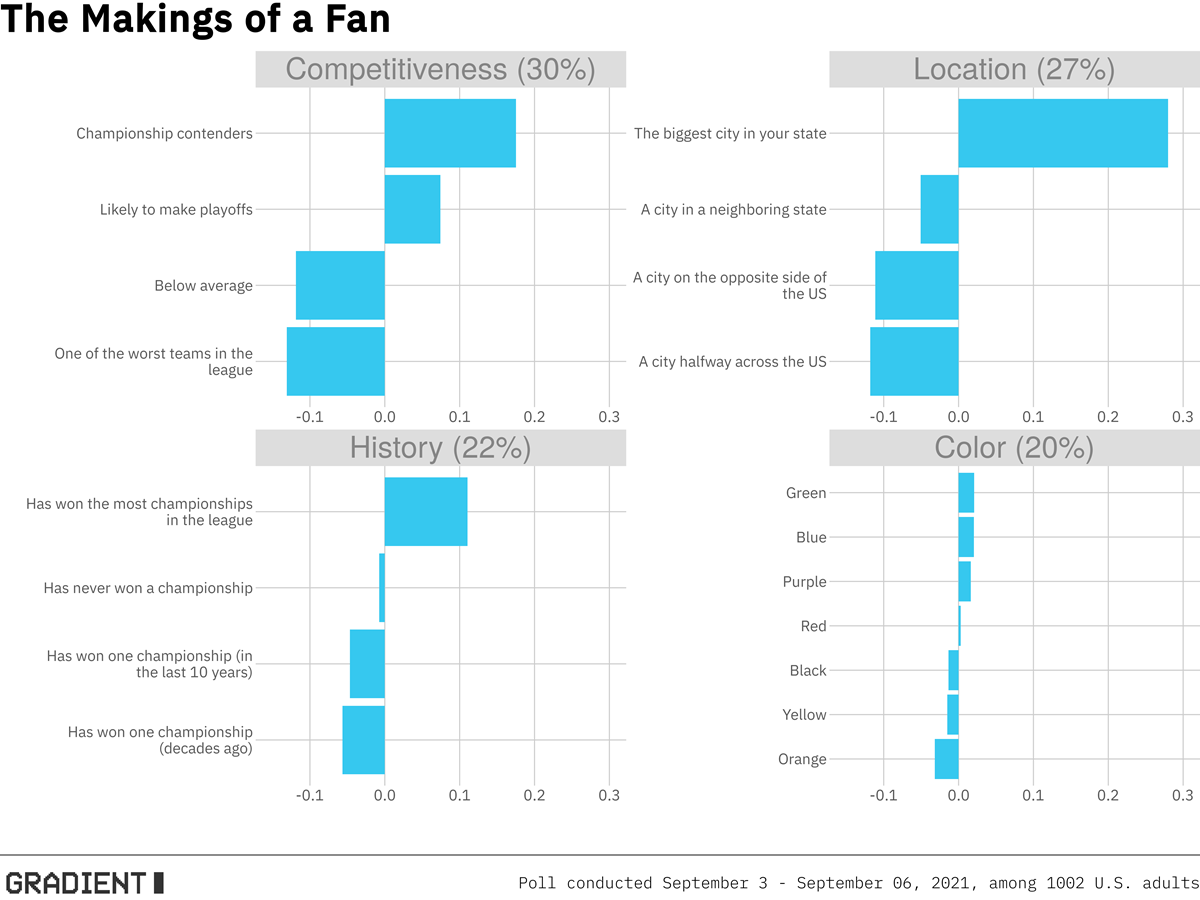 Did you happen to notice all the new people rocking Milwaukee Bucks jerseys after they won the championship this year? Or the sudden influx of Tampa Bay Buccaneers gear after Brady hoisted yet another Lombardi Trophy? Surely everyone didn’t just discover their long lost Wisconsin heritage and fall in love with swashbuckling pirate culture, right?

To call out bandwagoners discover the recipe for becoming a fan, we asked Americans to choose between fake sports teams that differed in their location, current competitiveness, team history, and jersey color.

Among all team attributes, a team’s current competitiveness plays the largest role in Americans’ fandom decisions, with championship contenders being the most popular.

It’s unclear whether the enormous Chiefs bandwagon can ford the Missouri, but if Oregon Trail is any indication, everyone will definitely get Cholera. Ironically, one of the most famous bandwagon fans has himself lassoed many hoop fans to the Cavs, Heat, and Lakers bandwagons: yes, Akron’s own LeBron James is indeed a Cowboys fan.

To anyone tasked with finding a Lions fan outside of Michigan, and we know you’re reading, we wish you the best of luck. You’re gonna need it.