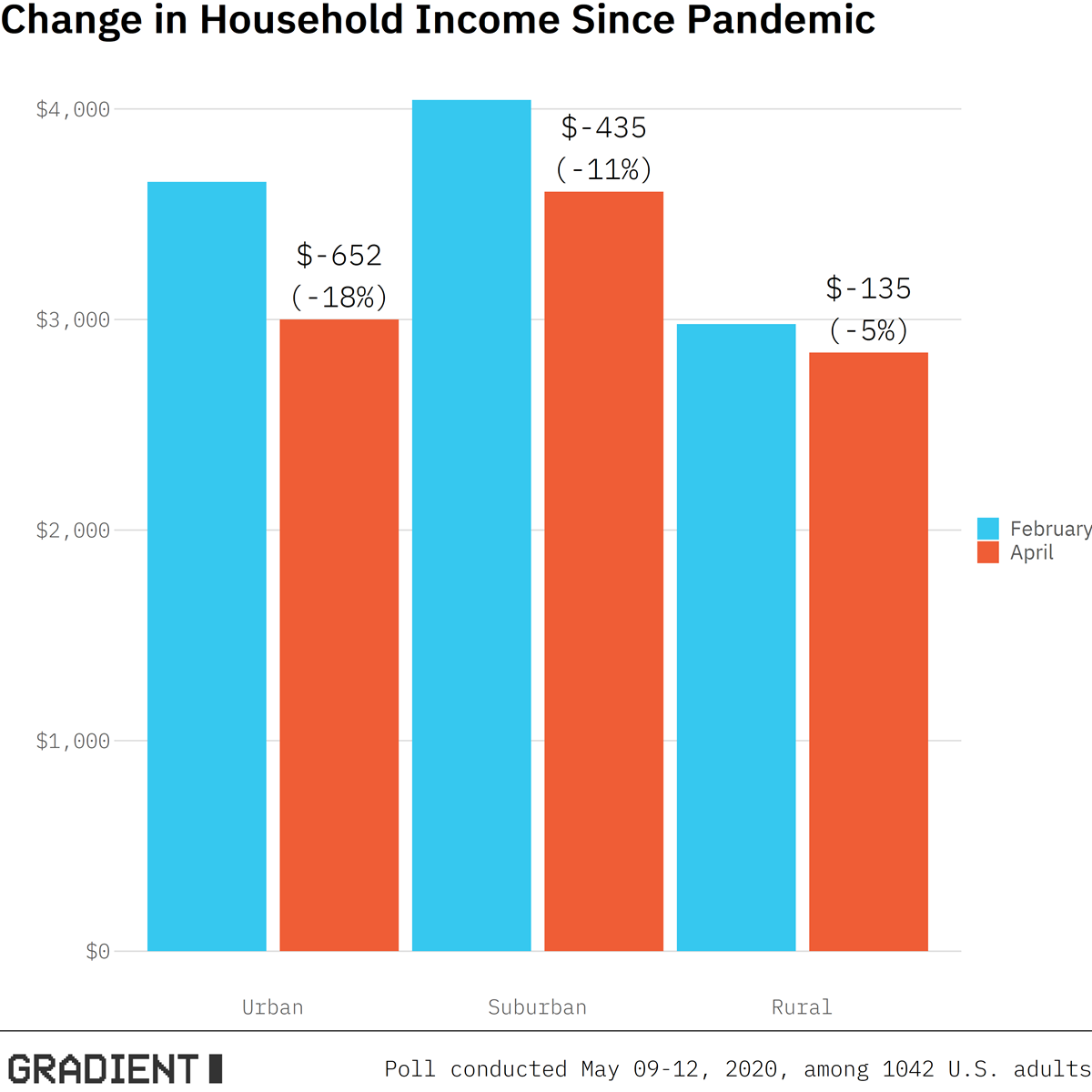 With the incomes of 39% of American households negatively affected by the pandemic, balancing the monthly budget is going to be painful for far too many. Of these households, 45% had at least one member experience a pay reduction and 55% were laid off — resulting in a loss of nearly $450 in monthly wages between February and April. Urban households see the largest decline (-$652).

But a lucky (or essential) 12% of households actually saw income increase by an average of $410 since the pandemic began. We’re rooting for more of this trend 📈 as many regions are slowly beginning to navigate an economic return.