The Pandemic and the Patriarchy 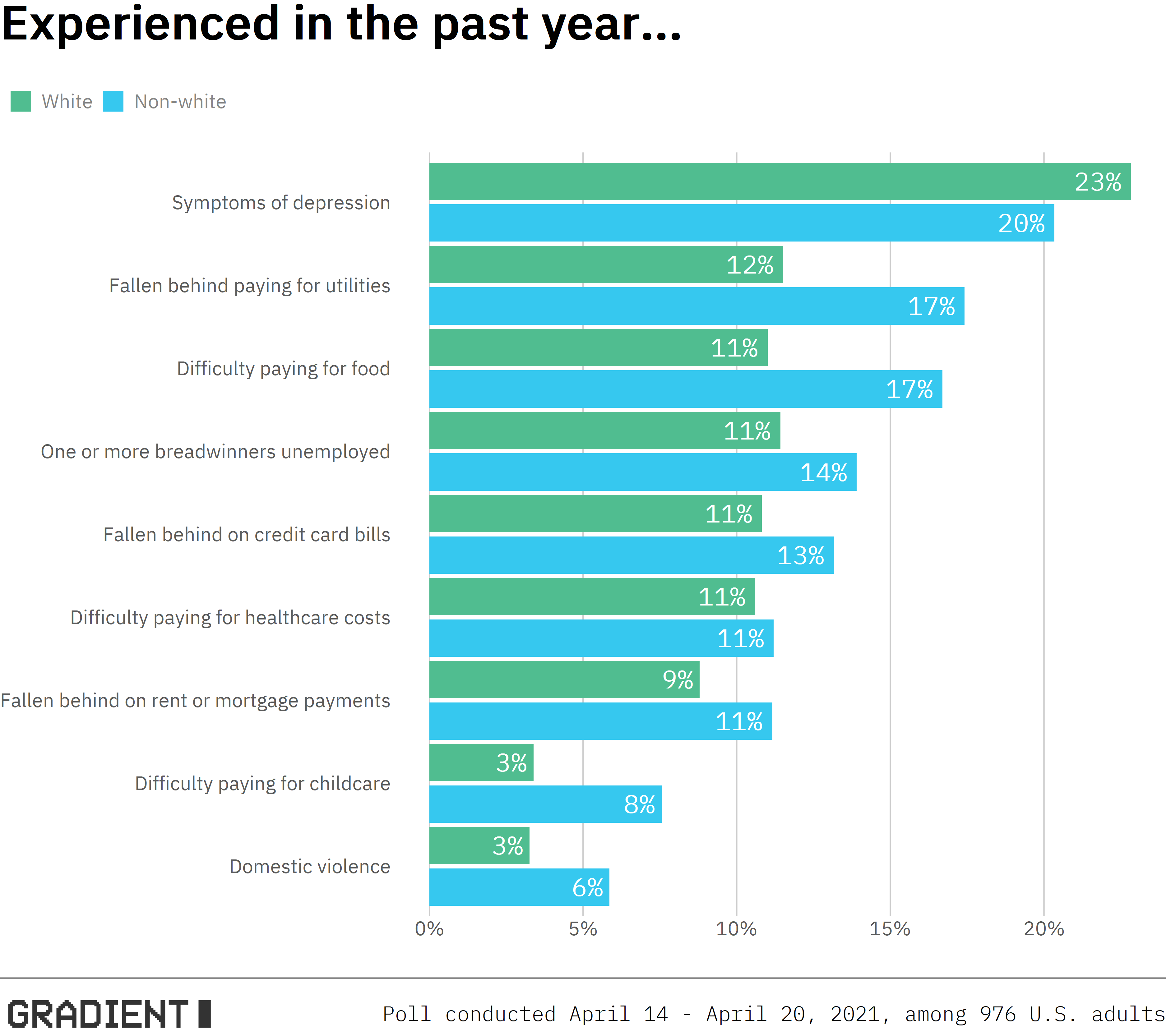 Life is returning to a pre-pandemic normal. Discarded masks clutter junk drawers in states from coast to coast. Americans can enjoy In the Heights shoulder-to-shoulder without fear of contracting a deadly virus. They can make plans to go salsa dancing at a location with other humans (thank you Lin Manuel Miranda).

Some of us have been far more affected by the pandemic than others. Thirty-one percent of non-white Americans report having lost employment at some point during the pandemic, compared to just 19% of white Americans. 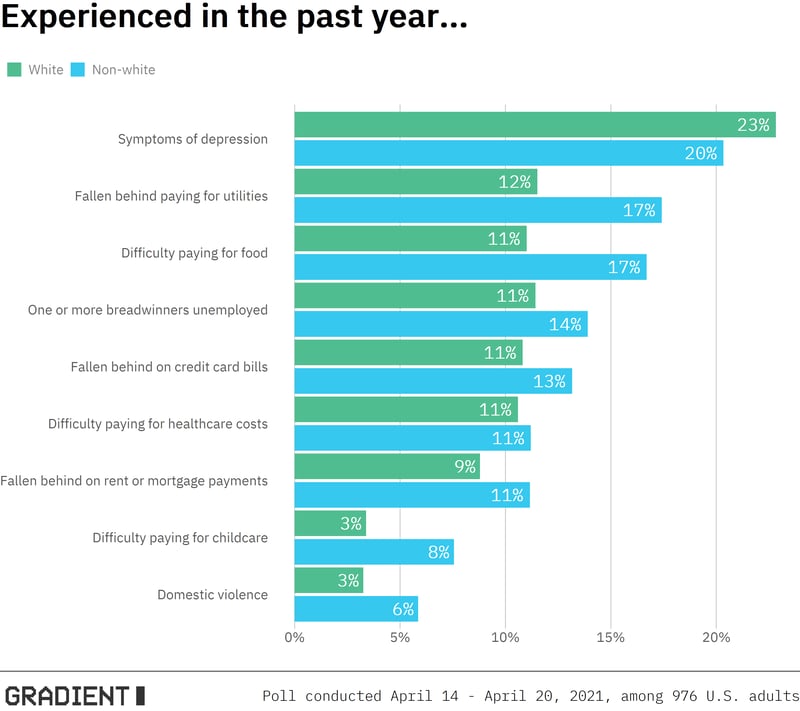 While reports of depression were similar across white and non-white Americans, the same cannot be said between genders. Women are twice as likely to report having experienced depressive symptoms (29%) during the pandemic compared to men (14%). It might have something to do with the fact that women also struggled more economically than men during the pandemic. Sixteen percent of women experienced difficulties paying for food compared to just 10% of men. That pesky patriarchy strikes again!

White males struggled the least during the pandemic – which is about as predictable as the plot in the upcoming release of Fast and the Furious 9 (seriously, who is watching these?). Sixty-four percent of white males report having experienced no financial or mental health difficulties during the pandemic, compared to 49% percent of the American public.

As we rebound from the isolating grips of the pandemic, let’s remember that not all pandemic experiences are created equal and a return to capital “N” Normal will be harder for some than it is for others.

You can learn more about how Americans struggled during the pandemic by checking out this report.