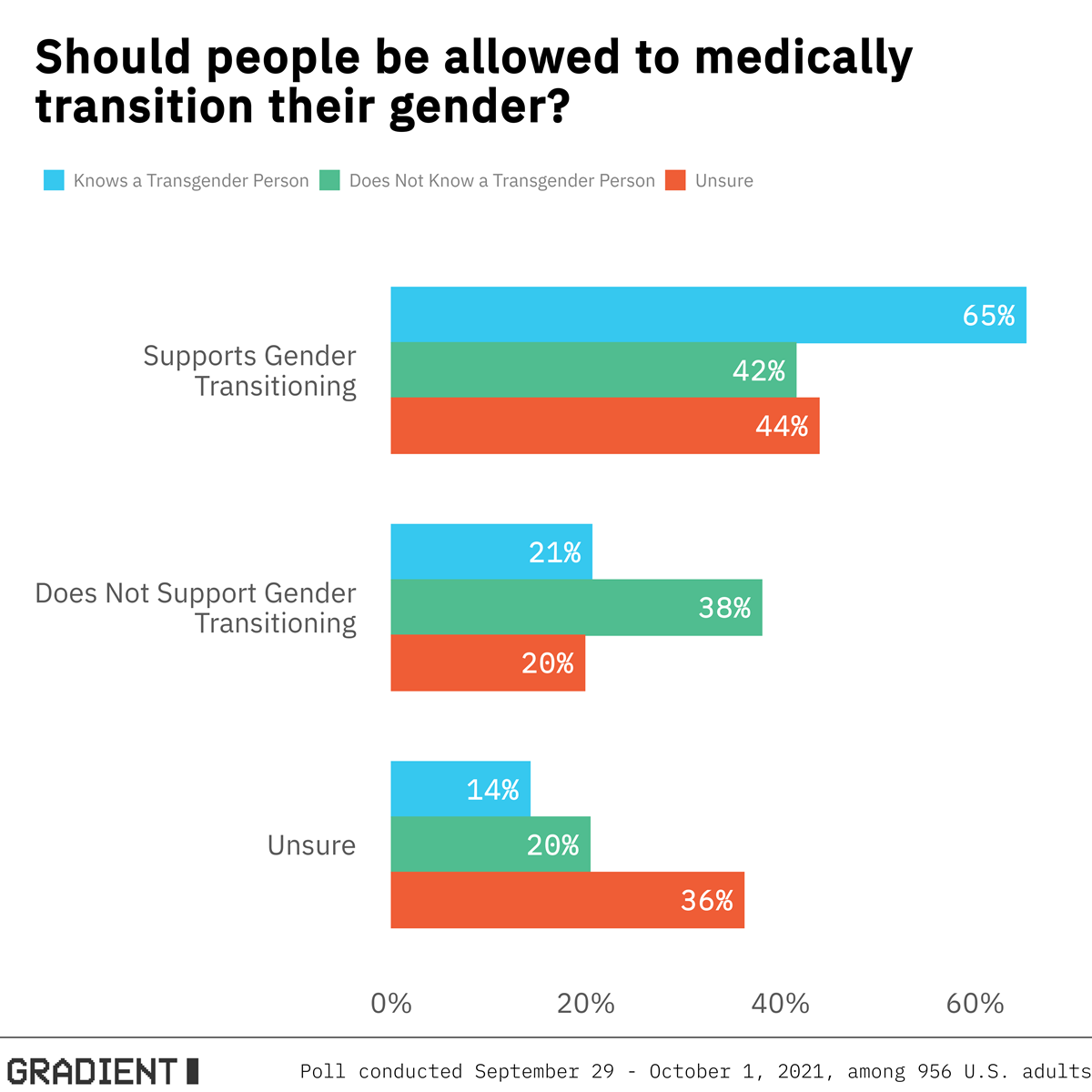 As disco can attest, seemingly entrenched norms and constructs can become increasingly questioned as society progresses. For years, the U.S. grappled with accepting alternatives to heterosexuality, culminating in the federal legalization of same-sex marriage in 2015. Will the notion that gender is binary be going the way of Play that Funky Music?

How do Americans self-identify? When only given two choices, 48% identify as male and 52% as female. Sounds about right. But there is much more to the story. When asked to rate the extent to which they identify as female, male, or other, only 78% identify as entirely male or entirely female.