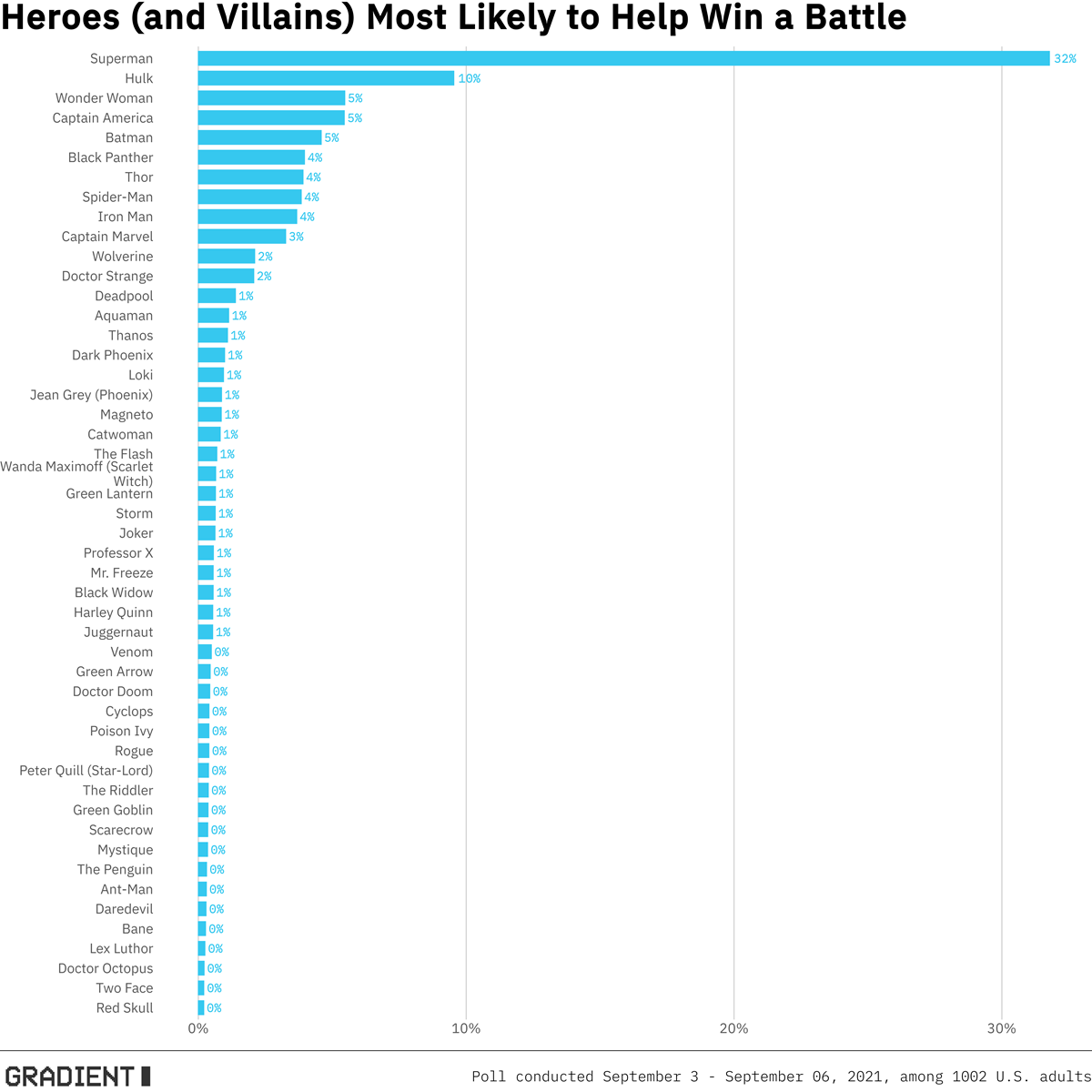 For centuries (well, maybe decades) people have been captivated by the age-old question: Who is the most powerful superhero of them all? Using sets of randomly generated teams of Marvel and DC characters in a conjoint (considered jointly) experiment, we were able to break down which superheroes were most influential in deciding which superteam would win the battle.

In short, when it comes to winning a fight, Americans value heroes with superhuman strength, superhuman wealth, and superhuman popularity.