We’re in a Love-Hate Relationship 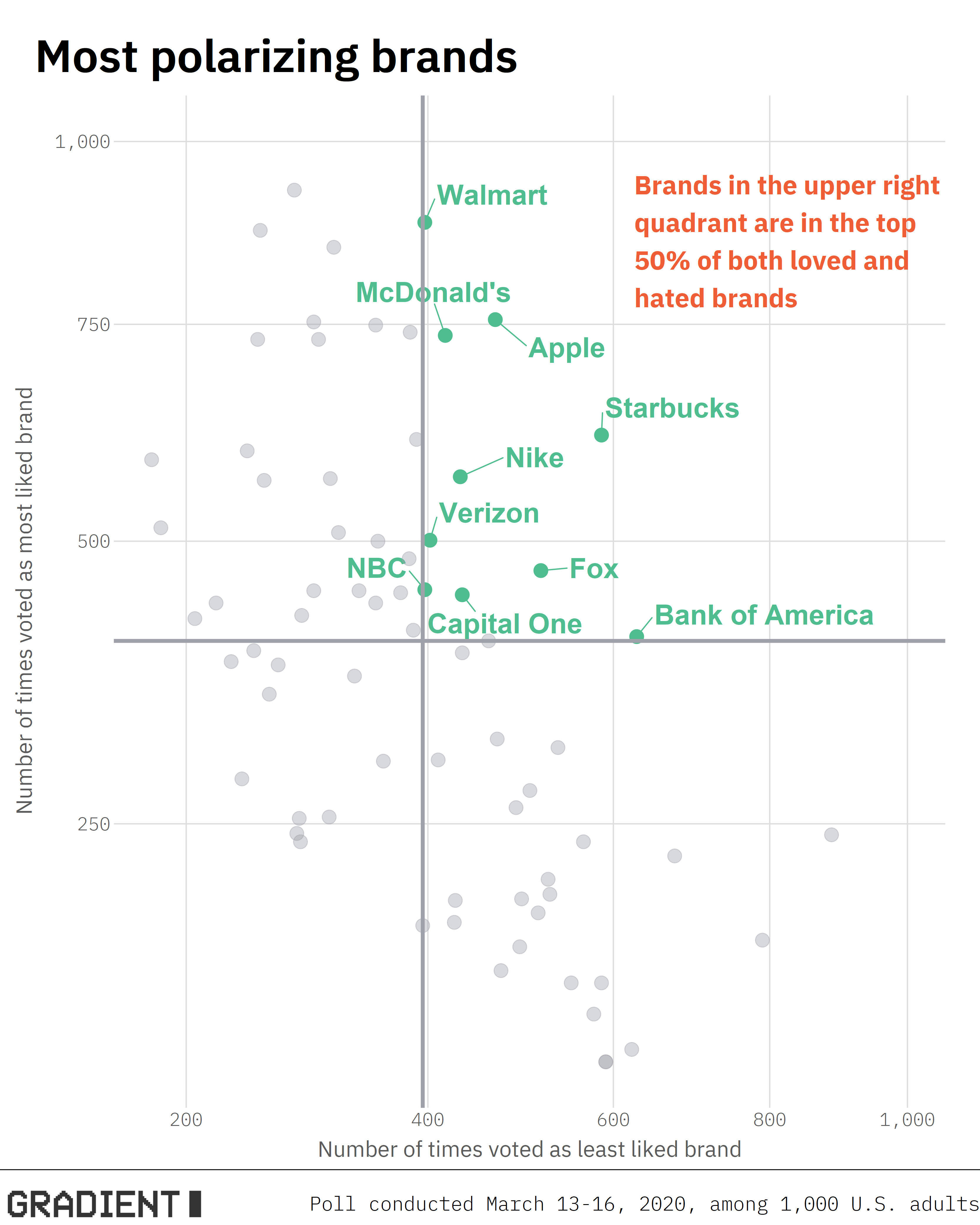 Starbucks, with its 15,000+ locations across the county, is the most divisive brand. Half of Americans couldn’t get through a day without a grande Pike Place and the other half only wish they could live one day without seeing the iconic green logo.

Media and communication brands generate their fair share of division. While the ideological differences between Fox and NBC are well worn, CapitalOne and Bank of America are fighting words in many American living rooms.

Although Apple and WalMart are on opposite sides of the price spectrum, the one attribute they share in common is polarization.

Nike also hasn’t been far from controversy the past few years, only strengthening the resolve of both fans and critics of the storied American brand.