TrendSegments: What Does the Hand Say to the Face? 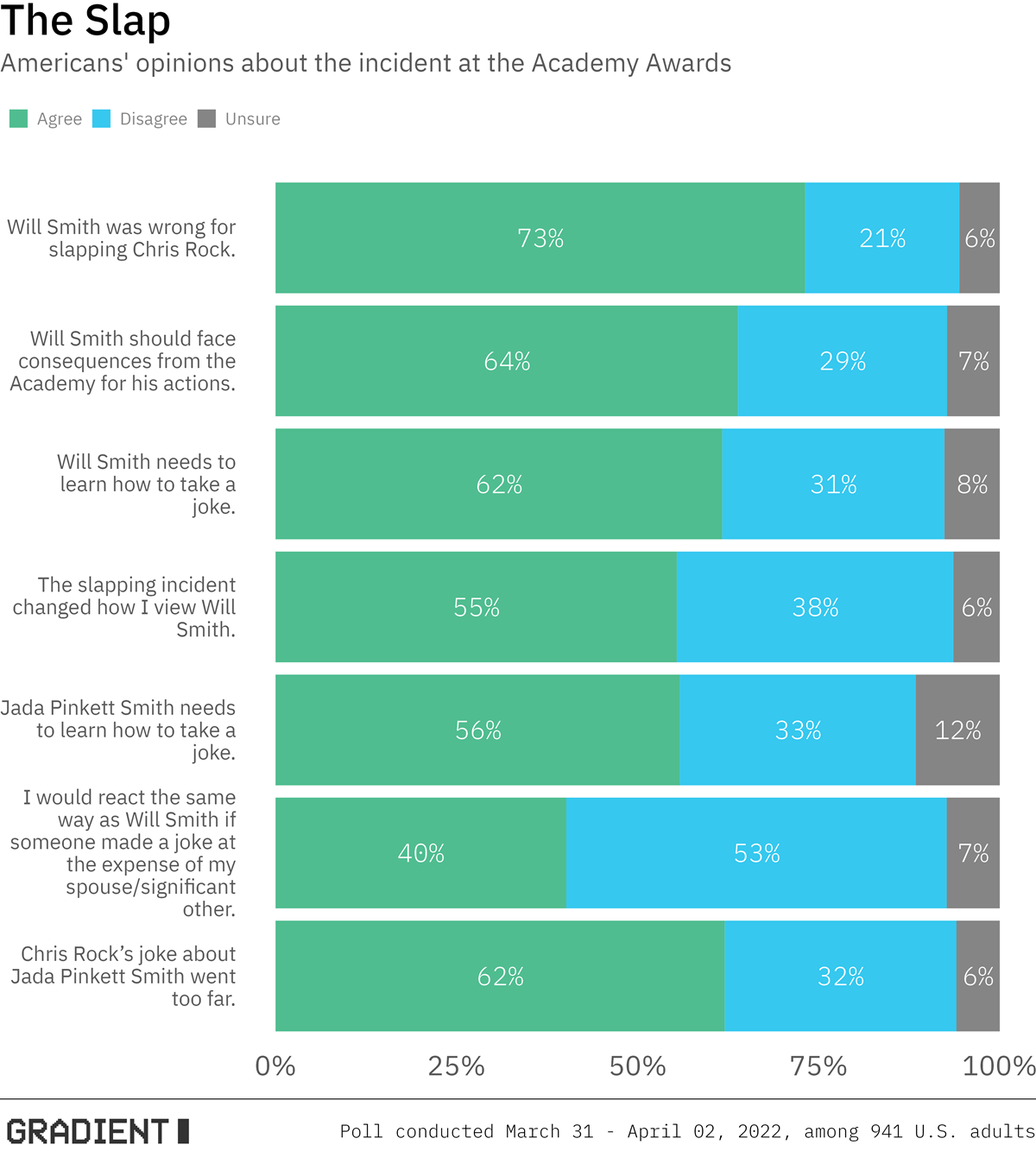 There are three things we do not talk about at Gradient: Bruno, Fight Club, and above all else, Jada Pinkett Smith. In this special edition of Trendlines, we break our silence on Will Smith’s wife.

The most important question about “The Slap” is whether Chris Rock deserved it for his G.I. Jane joke directed at Jada Pinkett Smith, who suffers (unless you ask Bill Maher) from alopecia. Unlike the Academy, we asked Americans their opinion. Three-fourths of Americans believe Will Smith was wrong to slap Chris Rock.

Although 61% of Americans feel Chris Rock’s joke went too far, 63% believe that Will Smith should face consequences from the Academy for his actions. And while we did not measure it directly, it’s safe to assume that 100% of Americans would not mind a G.I. Jane sequel.