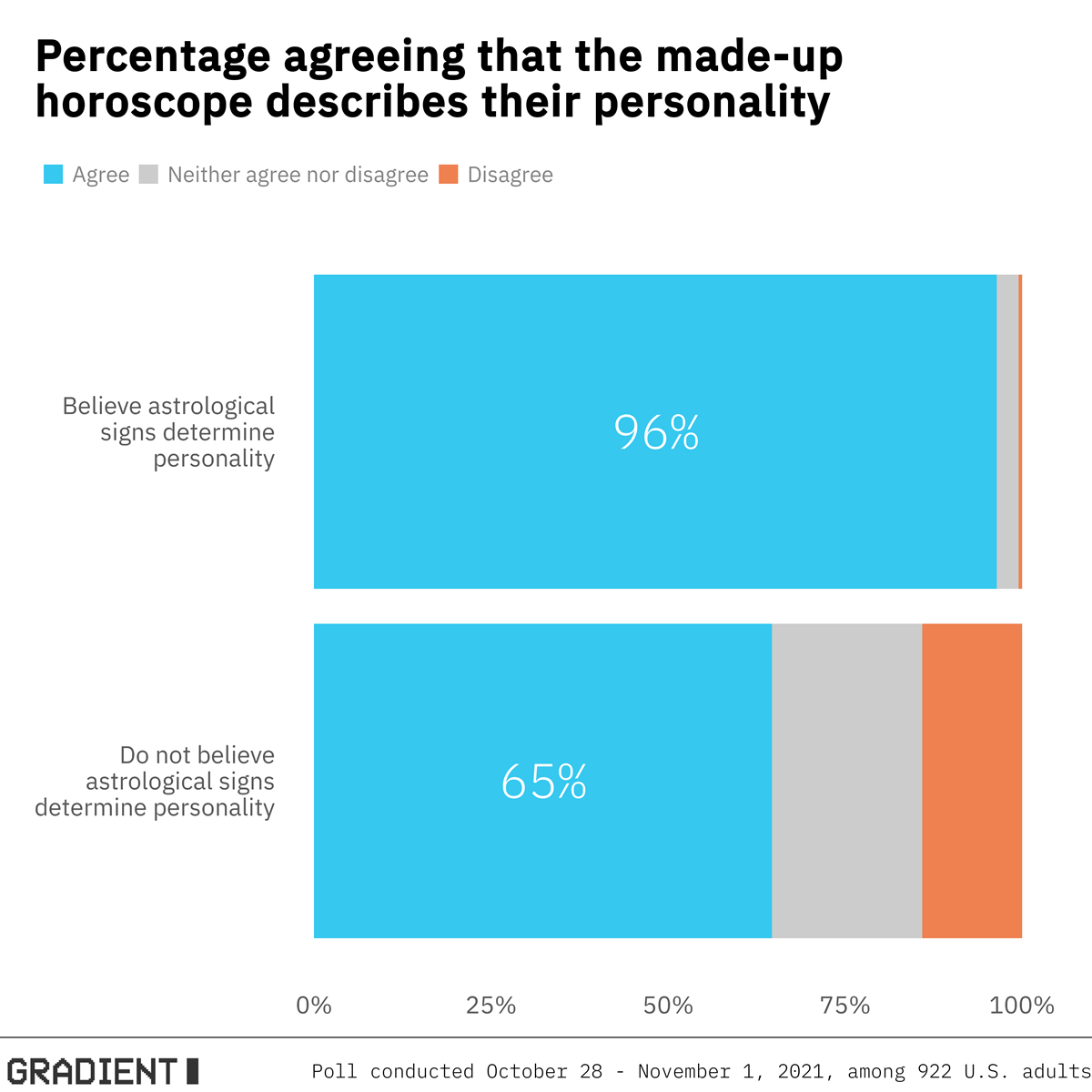 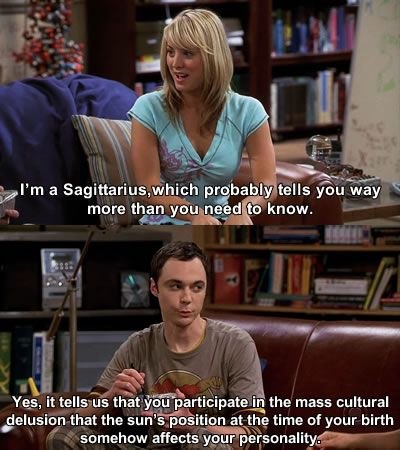 In a sinister social experiment worthy of the Zodiac killer himself, we showed all respondents the same, completely fabricated generic horoscope and measured the degree to which they believed it accurately described their personality.

The 36% of Americans who agree that Zodiac signs determine a person's personality are significantly more likely to believe a made-up horoscope accurately describes them. Those who check their horoscope daily (7%) or several times a week (10%) are more likely to strongly agree that the horoscope they read represents their personality.

The 56% of Americans who never check their horoscope were not fooled and have a higher likelihood than average of seeing through the fake horoscope. Sorry to break it to you astrology followers, but that true love that was promised to come your way may be stuck in the supply chain.

Okay, so maybe people who care about Zodiac signs are scouring Zillow for waterfront property in Idaho, but can Zodiac signs at least tell us something about our personality? While there is some variation across the Big 5 personality traits, any differences between Zodiac signs are negligible. Simply asking someone if they believe their Zodiac sign tells you everything you need to know.