A Year in Song 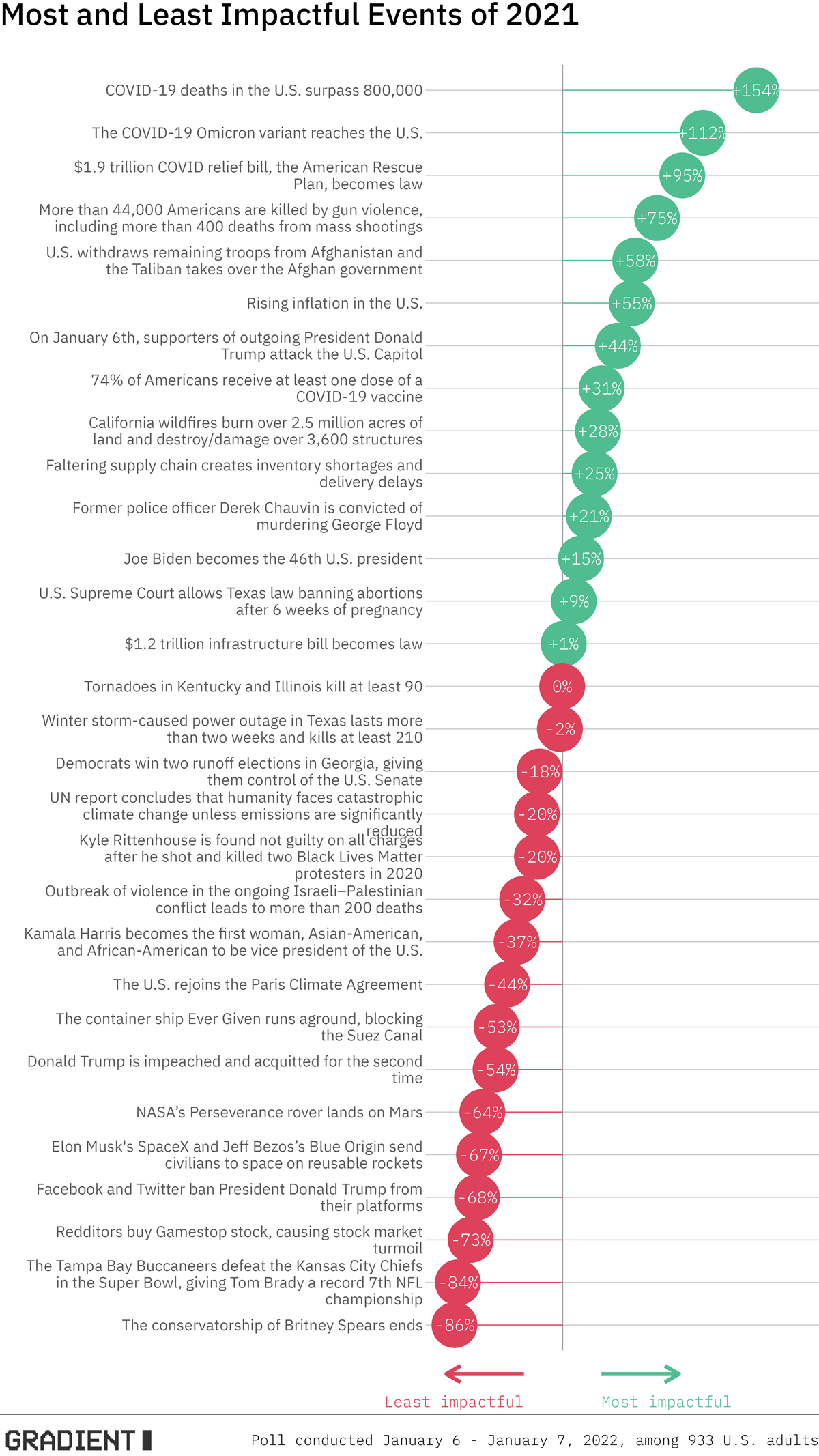 To finally test the question of “How do we measure a year?” raised by the 1996 Broadway hit Rent, we conducted a MaxDiff experiment. What were the most impactful events of 2021?

Minutes have been replaced by COVID-19 deaths as the best measure of time passing, as Americans view the death toll surpassing 800,000 as the most impactful event of 2021. In the world of this joke (which is totally working!), hours have been supplanted by variants.

Efforts to combat COVID-19 and stabilize the country were also viewed as highly impactful. At a policy level, the passing of the American Rescue Plan bill is seen as highly impactful. Perhaps it shouldn't surprise us that the government sending everyone $1,400 (or 140 Hamiltons) ranks high on the list. At the individual level, three-fourths of Americans receiving their first vaccine dose was significant. In other words, in 2021, most Americans were 🎶🎶🎶 not throwing away [their] shot 🎶🎶🎶 (okay, so maybe show tunes is how some of us coped with the Wicked year that was 2021—others got Cats).

A new president taking office is typically one of the most impactful events of a normal year following an election, but Joe Biden becoming the 46th president was clouded by other major political events like the U.S. withdrawal from Afghanistan and the January 6th insurrection. Given the events that weighed heavily on Americans’ year, nobody had to 🎶🎶🎶 teach them how to say goodbye 🎶🎶🎶. Let’s be honest, it was mostly Hamilton that got us through the tough times.