Americans Don’t Want to Party with the Other Party

By some measures, the U.S. is more polarized than at any point since the Civil War. No, we’re not talking about the debate over whether Tom Brady is the GOAT or whether the dress is white and gold or black and blue. We’re referring to the enormous gulf between the parties that is currently burning a hole in our democracy.

We asked Americans to rate their own party on a zero to 100 scale called the “feeling thermometer,” with values closer to zero indicating a cold feeling of dislike, and higher values indicating Americans like and feel warmly toward their party. Then respondents rated the other party on the feeling thermometer. The bigger the difference between the two ratings, the more Americans are polarized in their feelings toward the parties. 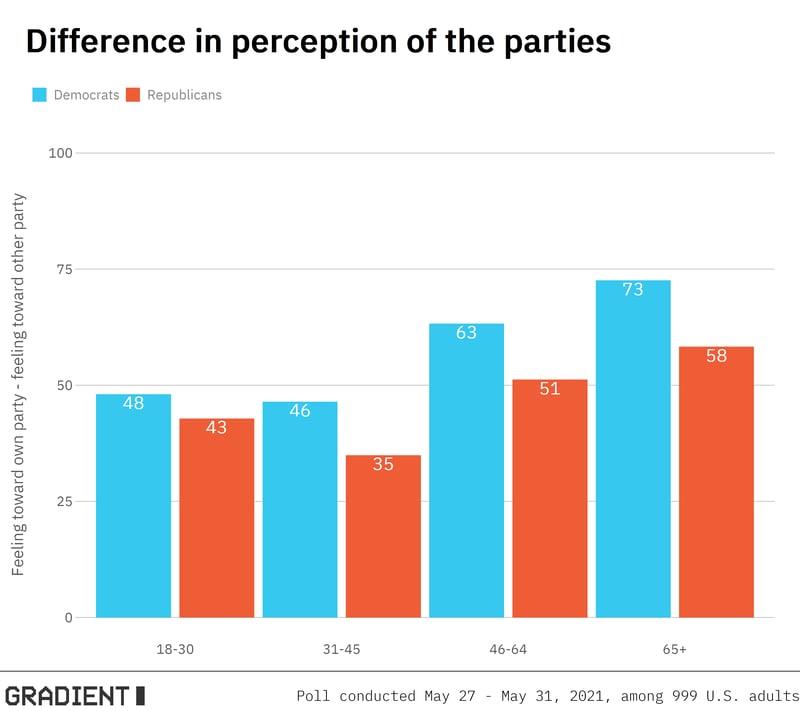 One trend that stands out is younger Americans in both parties are less likely than older Americans to rate their own party higher: those in the 18 to 30 age bracket rated their party 46 points higher on average, compared to the 66 point difference among those aged 65 and older. But don’t get too excited about Gen Z leading the way into a new era of bipartisanship; the generational differences can largely be attributed to younger folks’ discontent with both parties. Aren’t our twenties supposed to be when we love parties? 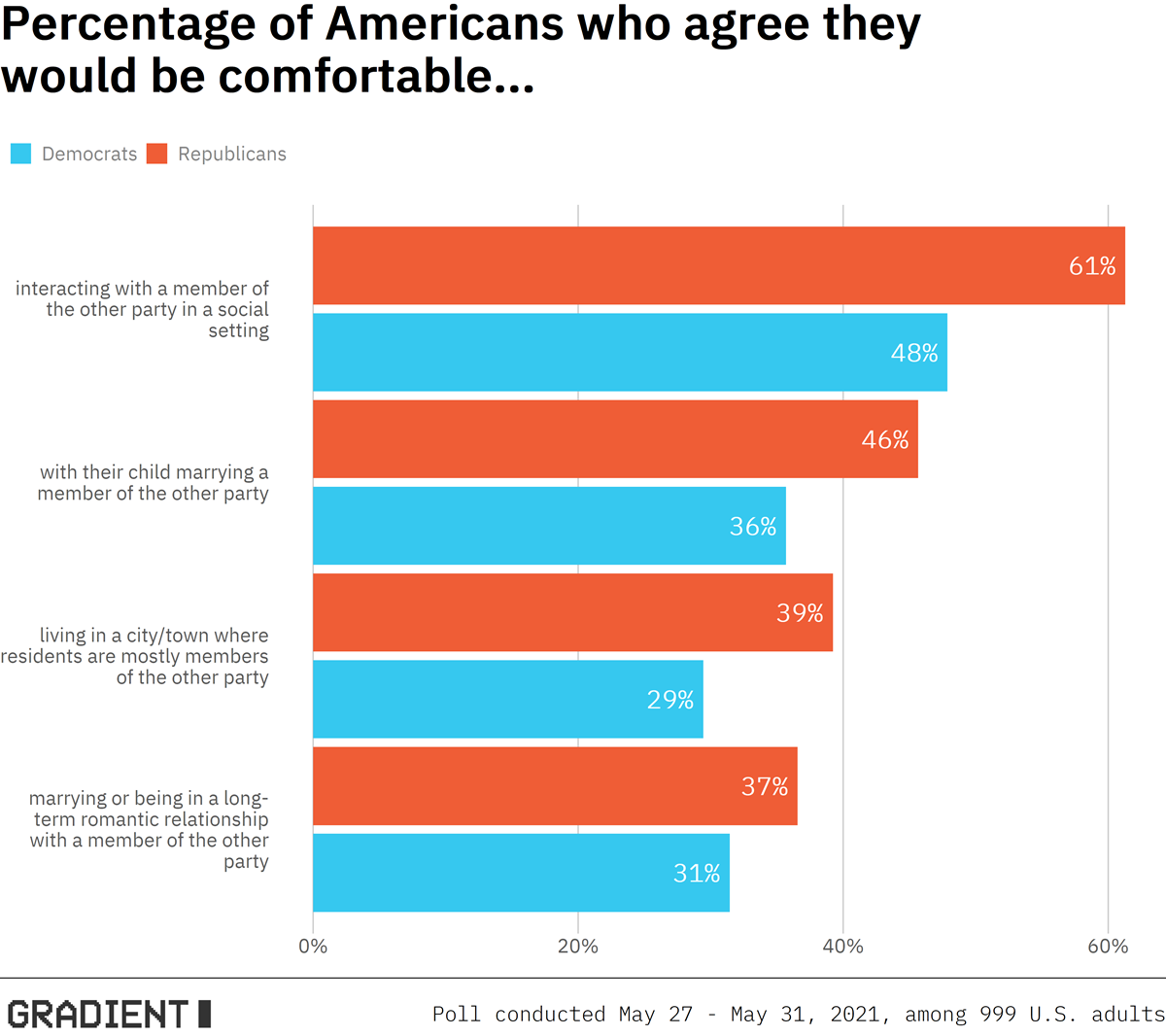 It’s not just the feeling thermometer. These negative feelings toward the other party are translating into real-world behaviors. Just 33% of Americans say they would feel comfortable living in a city or town mostly comprised of people from the other party, and another 30% report unfollowing friends on social media because of their partisan posts. Fifty-three percent say they feel comfortable interacting with an out-party person in a social setting, so at least a majority aren’t inclined to cut off communication entirely. That’s something, right?

The dress is white and gold, by the way.