Gradient In The Wild Society Culture 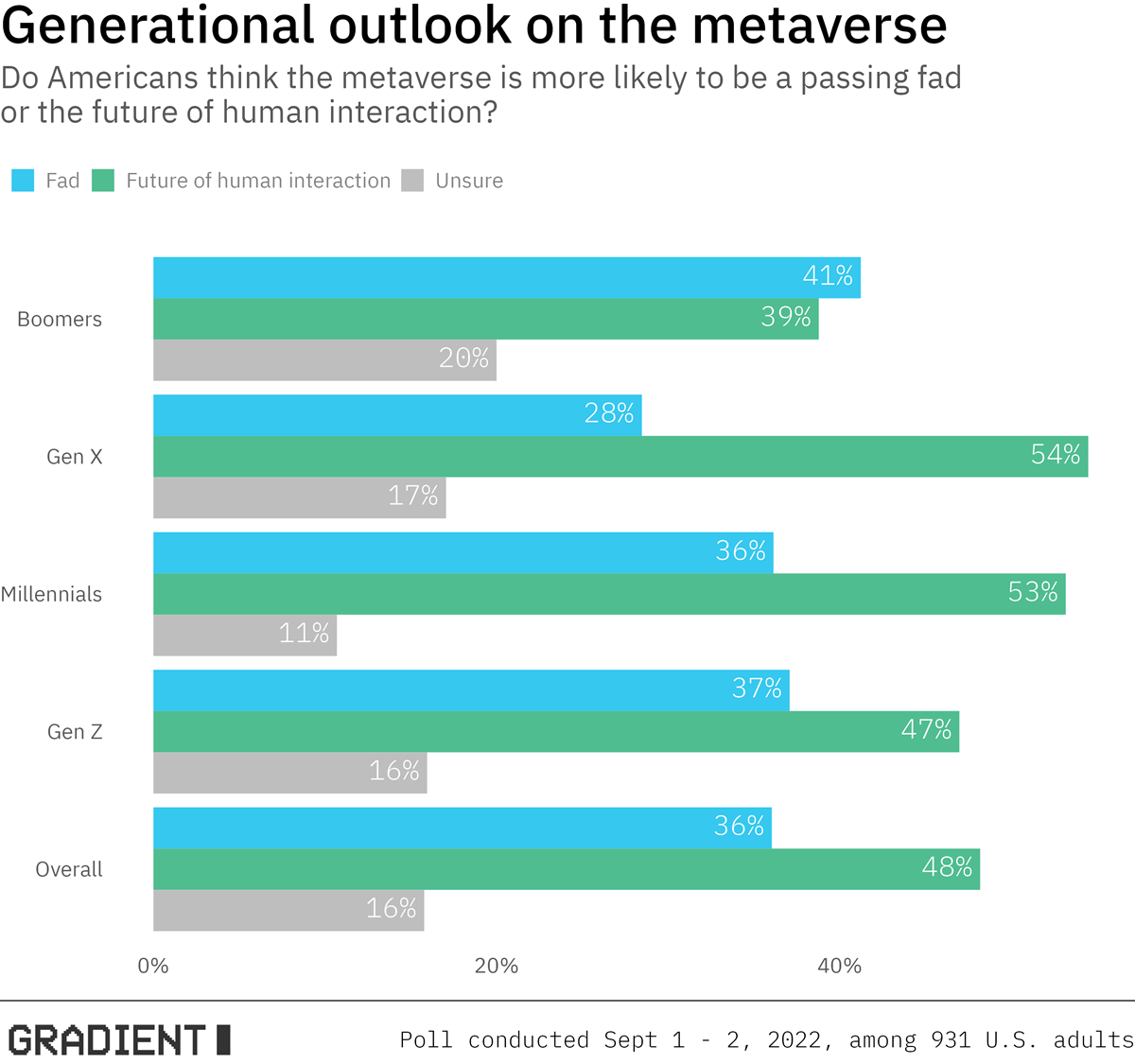 Together with Populace, a non-partisan think tank dedicated to building a world where all people have the chance to live fulfilling lives in a thriving society, we developed a landmark study to measure the difference between publicly stated and privately held opinions.

In the words of Oscar Wilde, “Man is least himself when he talks in his own person. Give him a mask, and he will tell you the truth.” We handed out masks to more than 3,000 American adults in the form of a list experiment to understand the extent to which Americans self-censor on a range of sensitive social, cultural, and political topics ranging from abortion to COVID-19 to what’s taught in public schools. The result was a better understanding of Americans' true private opinions when offered a greater sense of anonymity.

So what type of American is best-suited to pass a polygraph test? If you ask enough questions... none. Americans of all different backgrounds feel pressure to self-censor. Across all demographics, every subgroup of Americans had large gaps between private and public opinion—oftentimes large enough to drive a bus (hopefully not full of migrants) through—depending on the topic and sensitive statement. 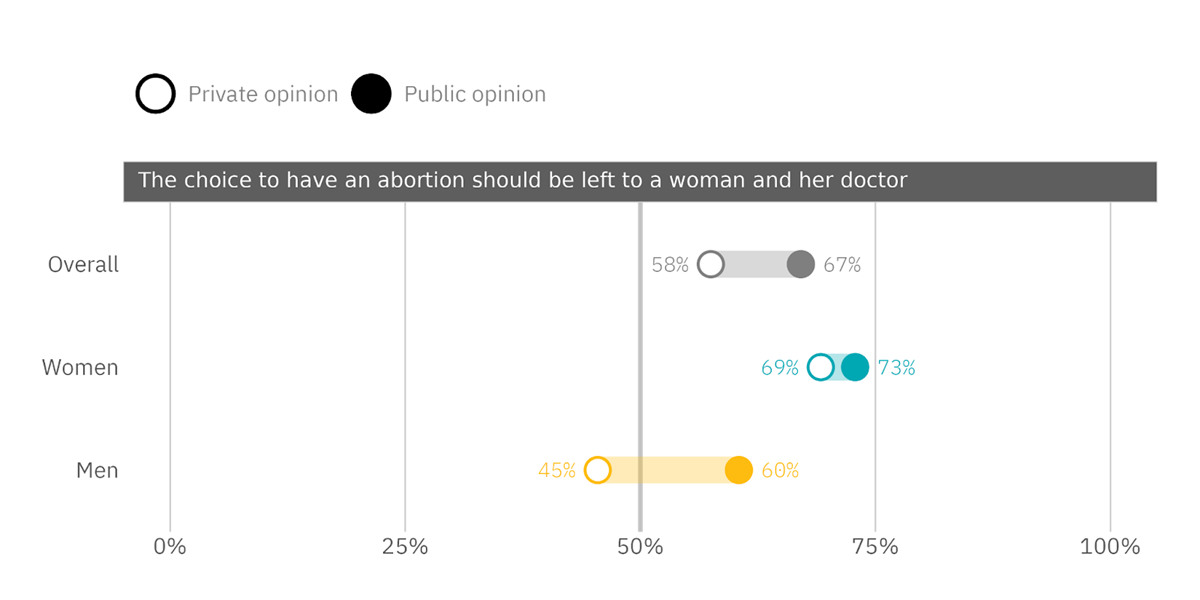 For example, even though an overwhelming majority of men (60%) publicly agree that the choice to have an abortion should be left to a woman and her doctor, a minority of men privately agree with the same statement (45%). Contrast that against women, who both publicly (73%) and privately (69%) agree. But, despite what clumsy dads in commercials would have you believe, men aren’t the sole source of public opinion polling errors. 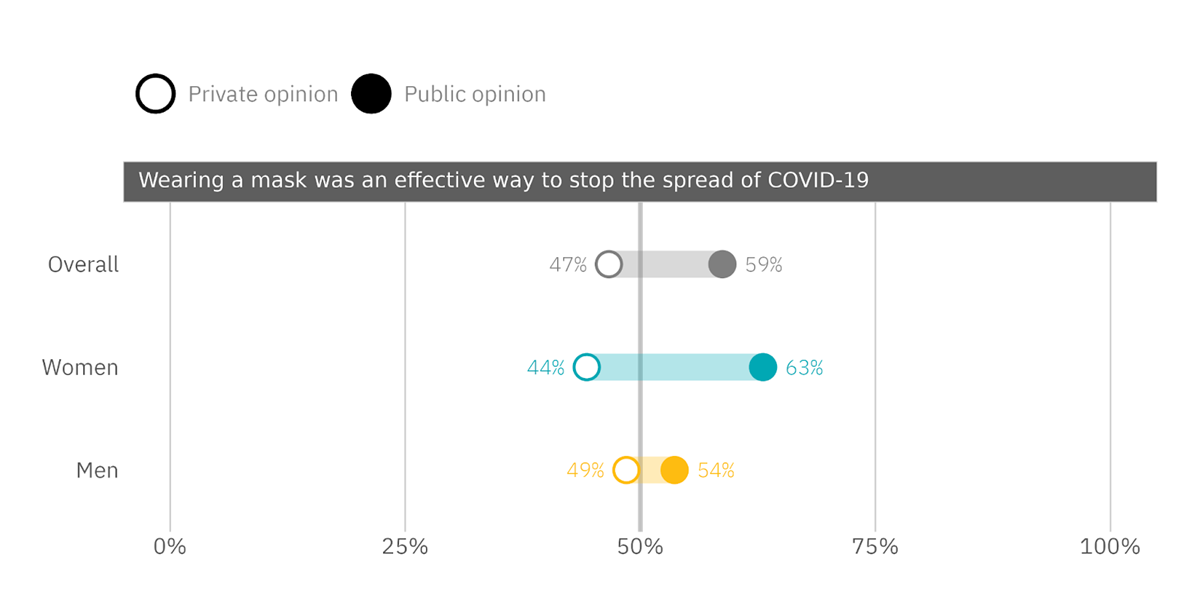 Women, for example, are more likely to publicly agree that wearing a mask was an effective way to stop the spread of COVID-19 (63%) than they are to privately agree (44%). Fitting that we “handed out a mask” to uncover this truth.

Want to learn more about Private Opinion in America? Check out the full report on Populace’s website.