For many Americans, tattoos demonstrate freedom and creativity. For others, tattoos are an expression of love: How else will the person they met on Tinder three weeks ago know it's serious if it’s not tattooed on their chest? Speaking of bad decisions, with the average American getting their first tattoo at the youthful age of 22, Mother's predictions about regretting that decision loom large. 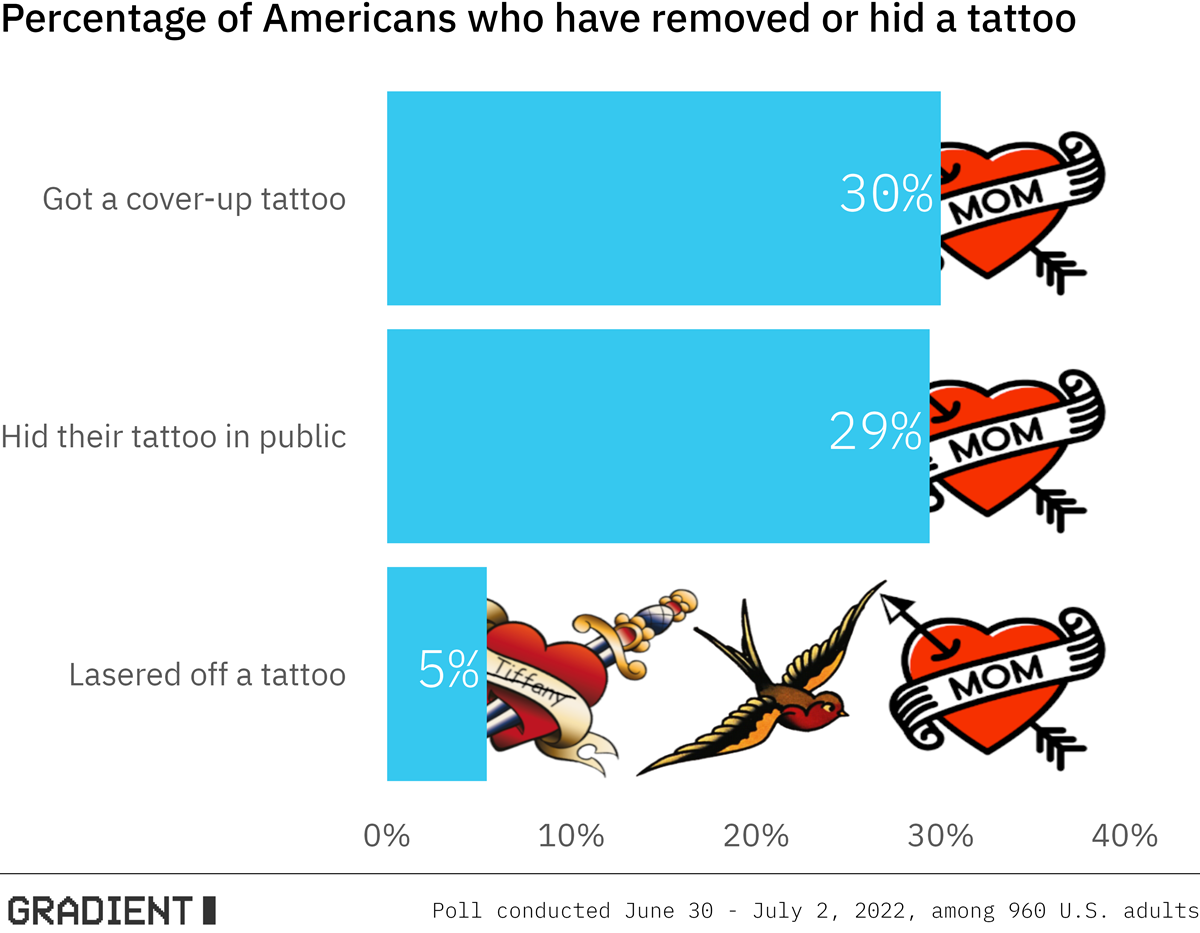 But how often do Americans actually regret getting a tattoo? Among the 44% of Americans who have a tattoo, roughly one in four (28%) regret their body art. While only 5% of tattooed Americans have had one removed, about one-third (30%) have covered up a tattoo with another. Not much has changed since we were kids covering up spills on our crotch with the contents of our lunch so no one thought we peed… or maybe that was just us?

Although 29% of inked Americans admit they’ve covered their tattoos in public, the majority (53%) of the un-inked among us don’t judge those with tattoos. Only 7% refuse to commit to the inked lifestyle because they’re worried what other people will think of them. So what’s keeping Americans from adorning their bodies with favorite pets and sports teams' logos? A majority (52%) don’t want to put anything permanent on their body—probably because fanhood is fickle.

tattoo never escaped the zeitgeist. Plus, how much can your mother complain about your tattoo if her name is on it?!