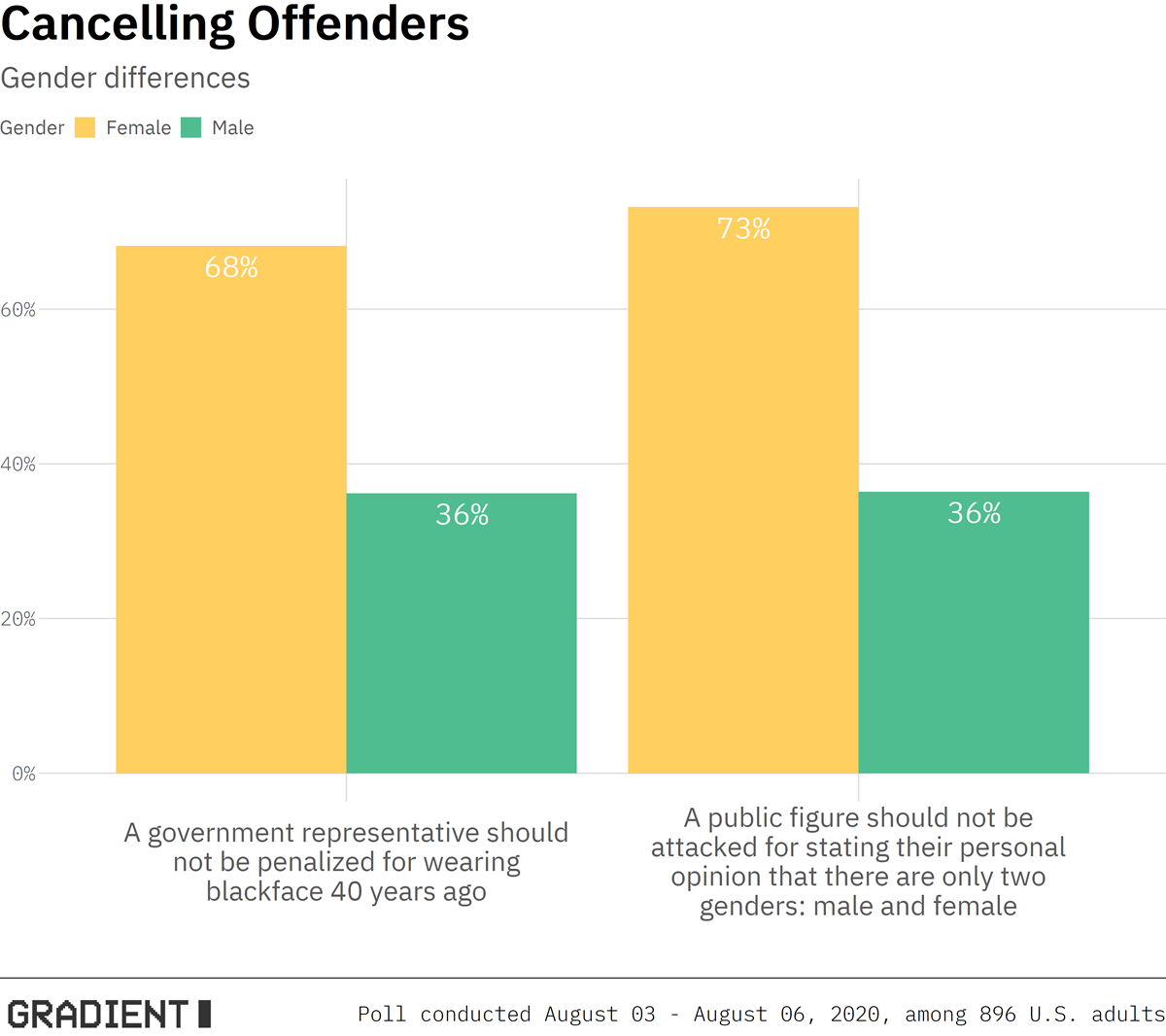 Hell hath no fury like a Tweeter scorned; just ask the latest targets of what has been dubbed “cancel culture.”  The term describes a phenomenon where people, often celebrities, are publicly shamed via social media for social misconduct or sharing unpopular opinions. So, basically, the digital equivalent of an angry mob armed with torches and pitchforks.

A few celebrities and politicians have run afoul of the cancel crowd – from J.K. Rowling’s anti-trans tweets to Virginia Governor Ralph Northam’s Michael Jackson impression – and managed to survive. Many more have been left cancelled in the movement’s wake.

But is cancel culture a movement Americans really believe in or do they feel coerced lest they be cancelled themselves? It almost goes without saying, but researching a subject whose very existence implies reprisal for political incorrectness requires assured privacy. Cue the List Experiment.

To uncover Americans’ private opinions on cancel culture, we used an indirect form of questioning that guarantees privacy by masking individuals’ responses through statistical noise. Among a representative sample of Americans, half agree that a public figure should not be attacked for stating their personal opinion about gender, and half think a government representative shouldn’t be penalized for wearing blackface 40 years ago.

Mankind may love a good public shaming, but women definitely don’t. More than two-thirds of American women (compared to one-third of men) wouldn’t punish a government representative for wearing blackface decades before. While three in four women — but only one-third of men — agree that a public figure shouldn’t be attacked for opining that gender identity is binary.

Among a representative sample of Americans, 46% agree that cancel culture has gone too far, and a slightly smaller percentage (42%) agree that it threatens free speech. 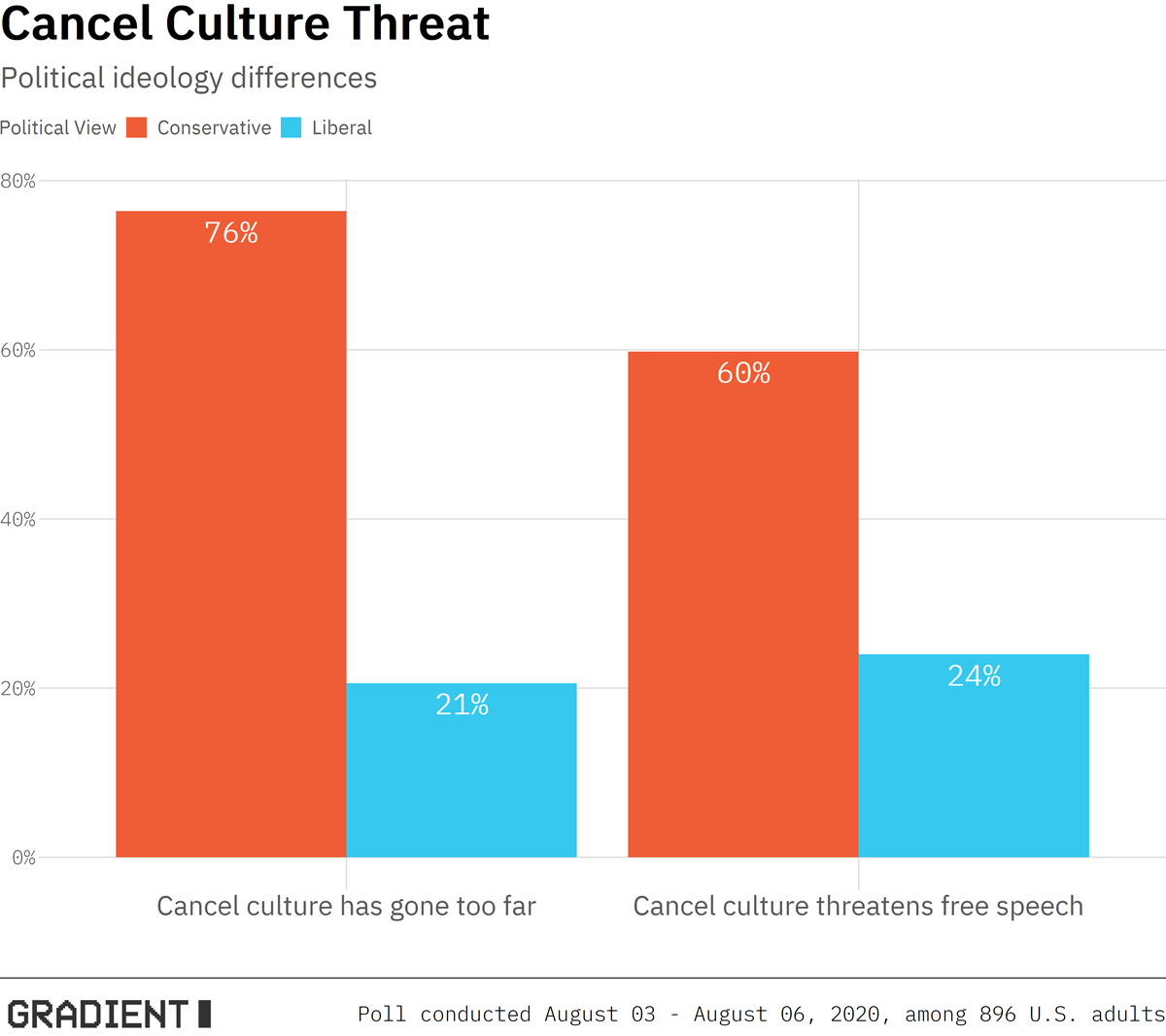 Some Americans argue that the threat of cancellation stifles open discourse; others assert that it speaks truth to power. 76% of conservatives believe cancel culture has gone too far and 60% agree that it threatens free speech (compared to 21% and 23%, respectively, among liberals).

The debate about cancel culture is fierce, and a consensus seems distant and unlikely. In the meantime, it’s probably best to be respectful and treat others like human beings — or risk a sentence to the digital pillory.