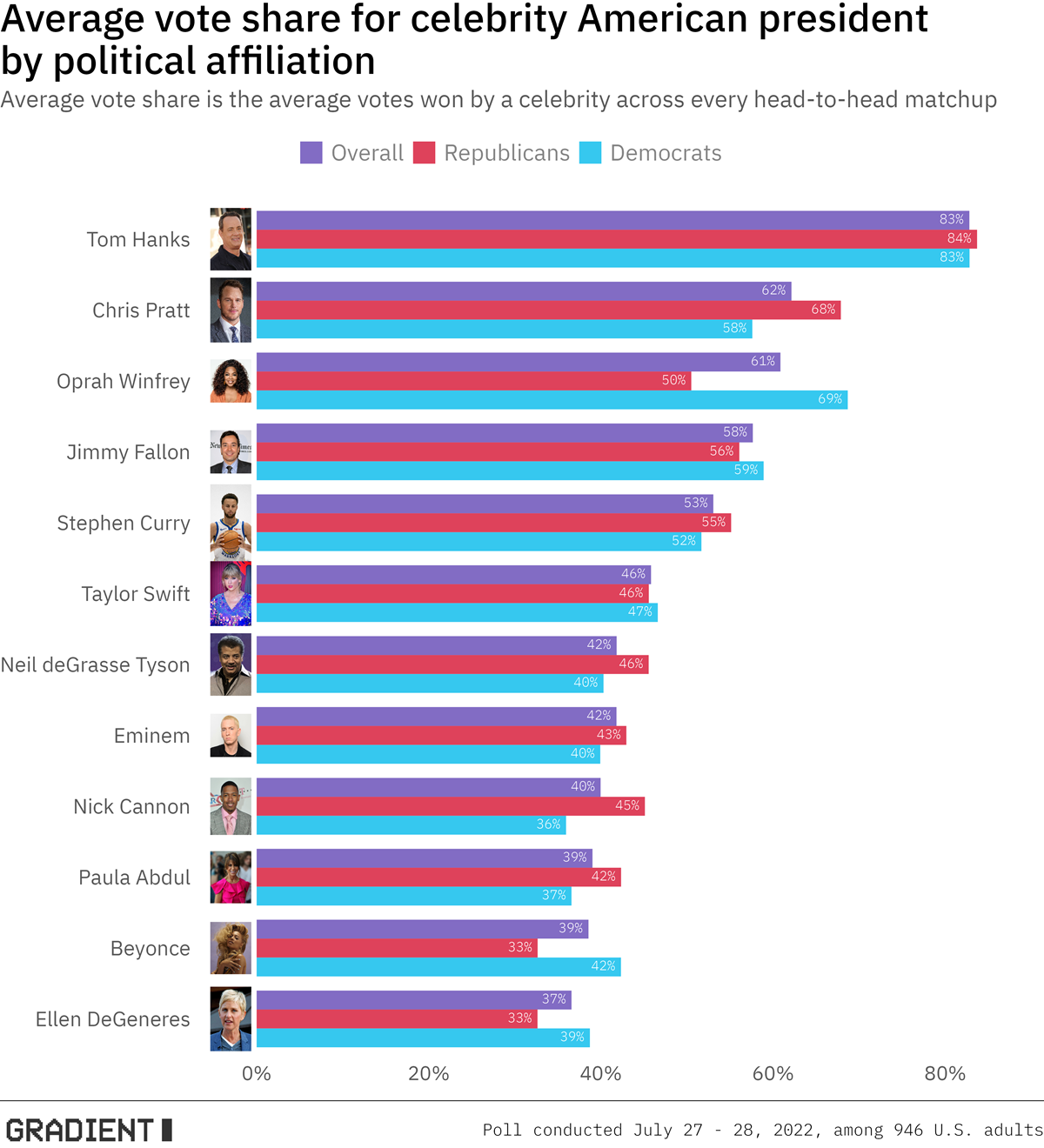 In a short two years’ time, American voters’ attention will be forcibly trained on the 2024 Presidential election (thrust upon them by obnoxious SMS campaigns and equally obnoxious cable news outlets). Exactly what party contenders face off in November remains to be seen. But will it be #Oprah4TheOval or #PrattPack flooding your feed?

Let’s be honest, Trump won’t be the last celebrity to leverage their fame for control of the nuclear codes. We used a forced choice experiment to test the relative suitability of a list (which we made up) of celebrity presidential candidates.

If you thought a bunch of celebrity contenders would mean an infusion of diversity and youth… you’d be wrong. In a rare moment of bipartisan agreement, Democrats and Republicans extended hands across the aisle and agreed that Mr. Rogers—ahem—Tom Hanks is the man for the job. Hanks carries 83% of the vote share, on average, when matched up against another random celebrity. And why wouldn't America want their dad to be President? He can balance a checkbook and fix the infrastructure while we hold the lamp and toolbox.

Chris Pratt could be a strong VP pick to Republican voters and Oprah could make a strong running mate to win over Democrats. Ellen and Beyoncé are least appealing to the broader electorate. To rise in the polls, Queen B might consider editing her stump speech in post.