Contentment Is the Greatest Resource 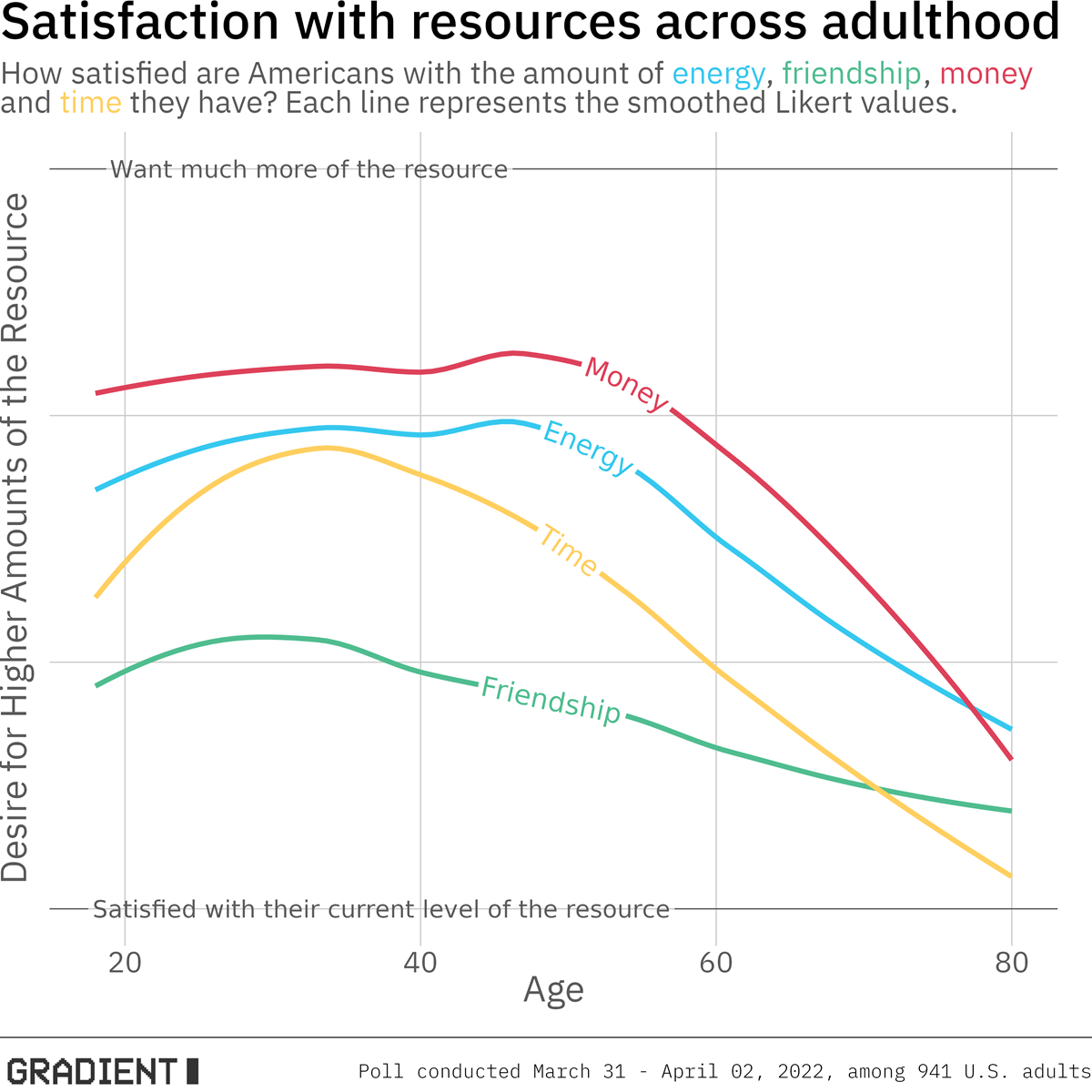 For all the Gen Zs and Millennials who feel weighed down by crushing student debt, entry-level pay for skilled work, and a Tinder account that is surely broken (that last picture was cute af—like wtf, how is no one swiping right?)—it gets better. Although your debt isn’t going anywhere, nor the convo with your latest Tinder match, there is some good news. The paradox of aging, a psychological theory, says people become more satisfied with their lives as they age. We’re putting on our science cap (bought at a Scholastic book fair in 1995 along with I Spy) to investigate this theory more deeply.

Although the differences are not drastic, among all age groups, Americans over 65 have the highest life satisfaction. Their higher satisfaction with life may come from feeling more content with the amount of money and free time they have. Boomers (and the remaining Silent Gen folx) are almost twice as likely than other age groups to feel like they have enough money (34% vs. 14%) and free time (67% vs. 28%). Yeah, yeah, yeah, Boomers are rich and retired, what else is new?

If there are two things that younger age groups have, it is more friends (to be fair, they're starting from a higher baseline because of MySpace Tom) and more energy. Yet Boomers are more content with the number of friends they have. Two in three adults 65 and older (66%) say they have enough friendships, compared to just half of adults under the age of 65 (47%). In fact, slightly more than half of adults 45 and younger say they want more friends.

The same pattern holds for energy levels—Boomers are more likely to be satisfied with how much energy they have (36% vs. 20%). Given that their physical energy doesn’t come from pollution-ridden fossil fuels, it makes sense that they aren’t demanding more of it. Even more surprising, over 75% of adults younger than 65 want more energy, while only 58% of those 65+ feel they could use some more pep in their step. To all the youngins out there who still think an abundance of resources is the key to happiness, maybe it’s time to get better friends and invest more time in counting your blessings. Or just wait a few years and think again.