Coup You Not, Please? 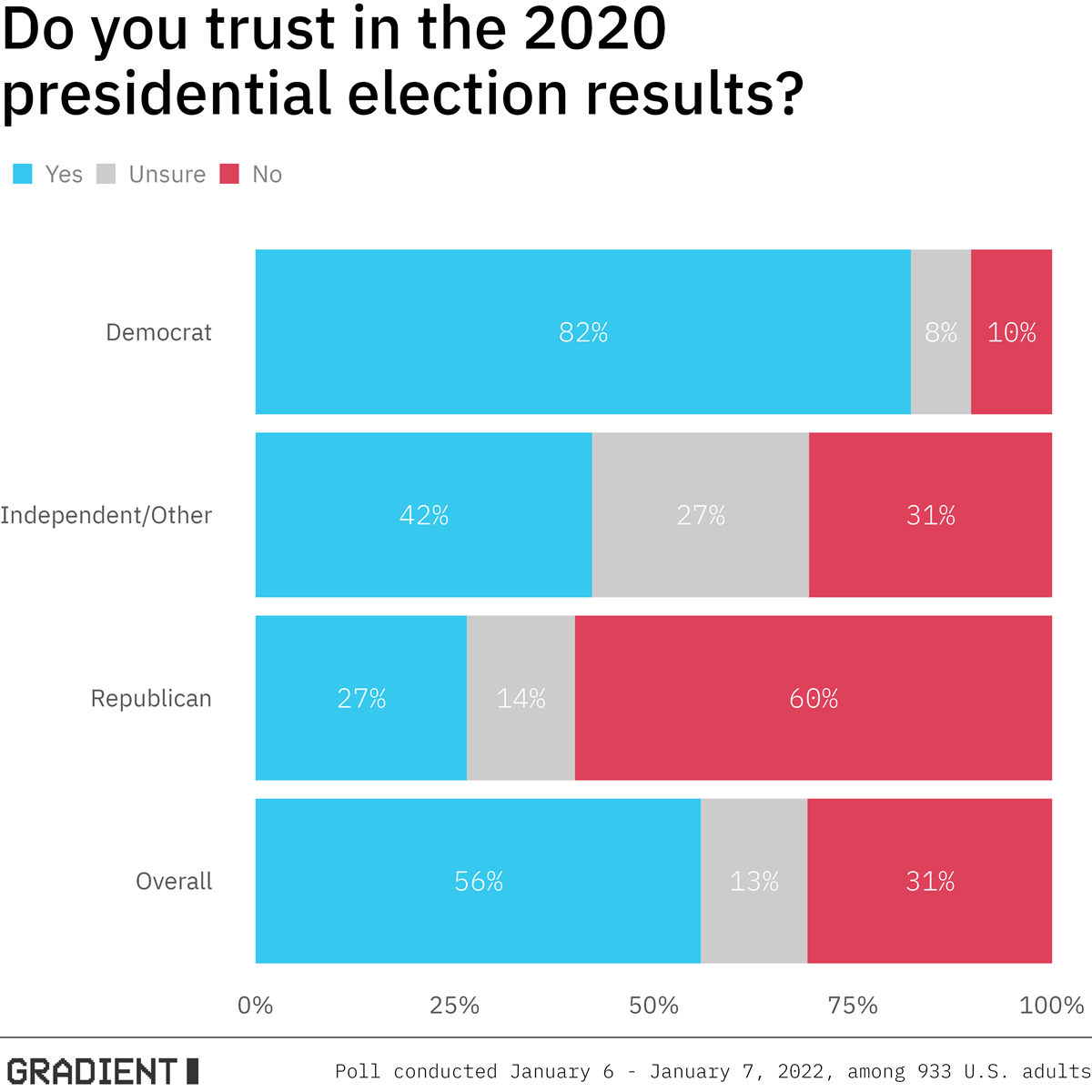 On January 6, 2021, a violent mob of supporters of former President Donald Trump stormed the U.S. Capitol Building in an attempt to halt the certification of Joe Biden’s presidential election victory, leading to five deaths and some life-threatening near-misses for members of Congress and their staff.

The aftermath of the attack has been difficult to navigate for many reasons, not least of which because Americans cannot even agree on the basic premise of what happened: 51% think it is at least somewhat likely that opponents of Donald Trump orchestrated and/or carried out the attacks on January 6th. Moreover, 60% of Republicans don’t trust the results of the 2020 election.

A functioning democracy requires that electoral losers accept election results because they deem the process to be fair. Yet, just 27% of Republicans trust that Joe Biden was legitimately elected, compared to 82% of Democrats and 56% overall. In other words, American democracy is running like a well-oiled machine… if we had accidentally filled that machine with olive oil.

For those of you wondering at home, January 6th, 2021 was a day that did, in fact, happen, and saw the U.S. Capitol attacked, buffalo pelts worn, and a president banned from social media. But let’s move out of the passive tense. Who do Americans blame for the attack on the capitol? 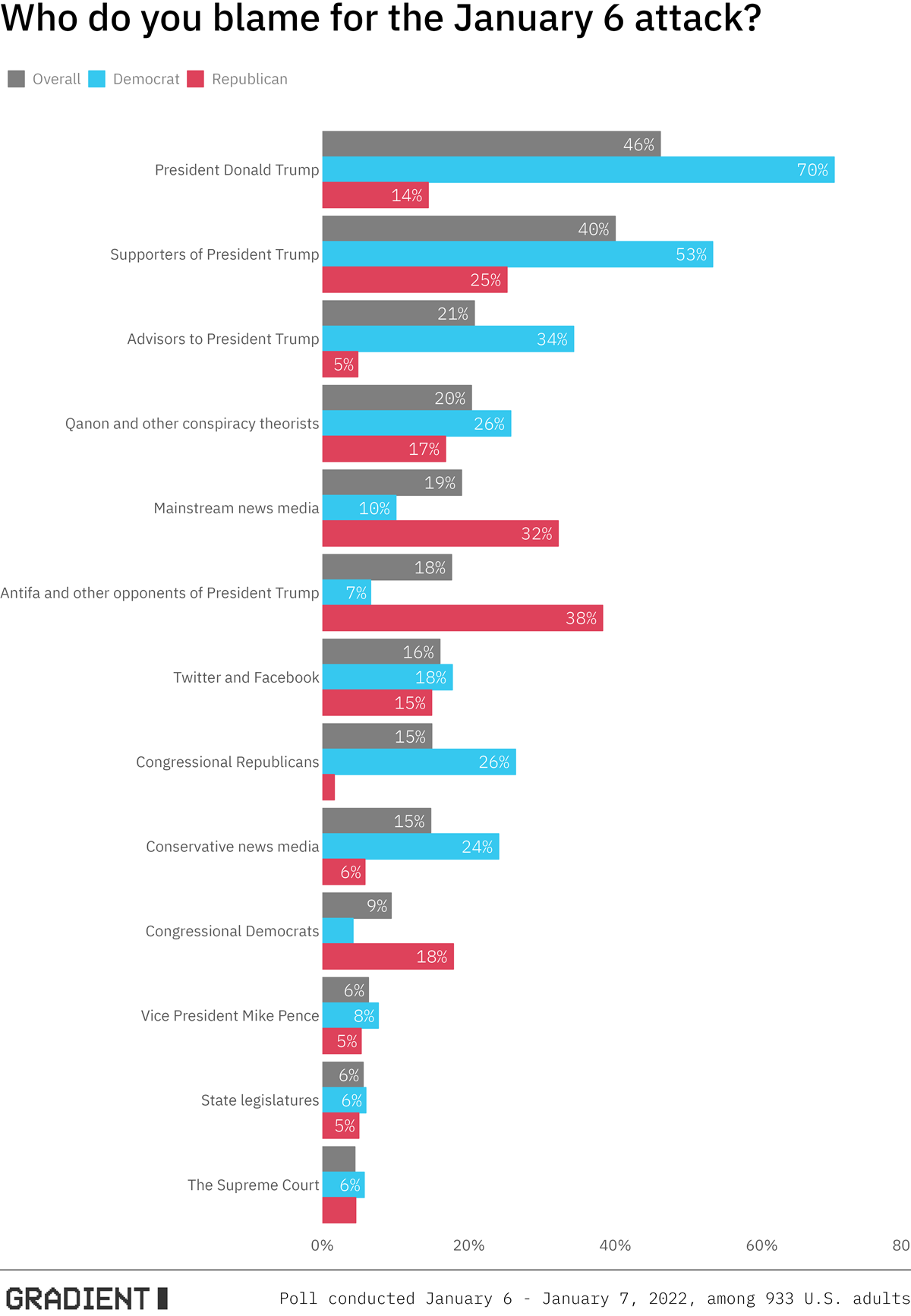 A plurality of Americans (46%) consider (falsely) telling supporters that the election was stolen and that they should “fight like hell” to “stop the steal” or else they’re “not going to have a country” to be worthy of blame. Another 40% point the finger at Trump supporters, while 19% throw a haymaker at the perennial punching bag, the mainstream media.