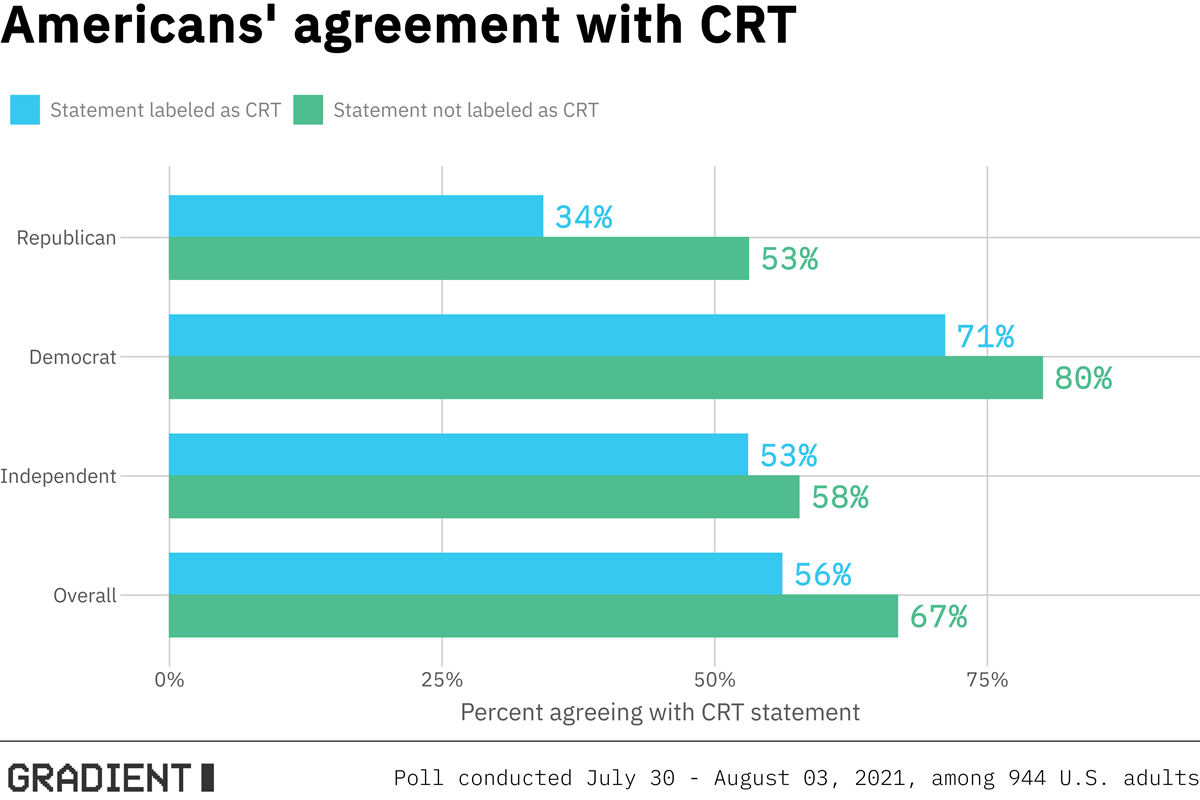 An anti-woke chorus of Americans are advocating against teaching Critical Race Theory (CRT) in public schools. What is less clear is whether the anti-CRT crowd disagrees with the concept of CRT, or just responds negatively to the name.

We ran an experiment to find out.

Group A was presented with the full definition of CRT, and it was labeled as such:

Group B was presented with the same statement, but it was not labeled as CRT.

Both groups were asked whether they agree with the statement.

Group B, which was not shown the CRT label, is more likely (67%) to agree with the statement that racism is a structural problem compared to Group A (56%). This pattern was particularly acute among Republicans (34% in the CRT label group compared to 53% in the non-label group), which may not be surprising given that Fox News name-dropped critical race theory almost 1,300 times this spring alone. The vast majority of Americans, even a majority of Republicans, agree with the spirit of critical race theory, as long as you don’t call it that.

Next, since mandates and bans of all kinds are trendy these days, we asked whether CRT should be forced or banned from being taught in public K-12 schools. Americans are split on the two extremes with 42% supporting CRT being forced and 40% in favor of a ban. 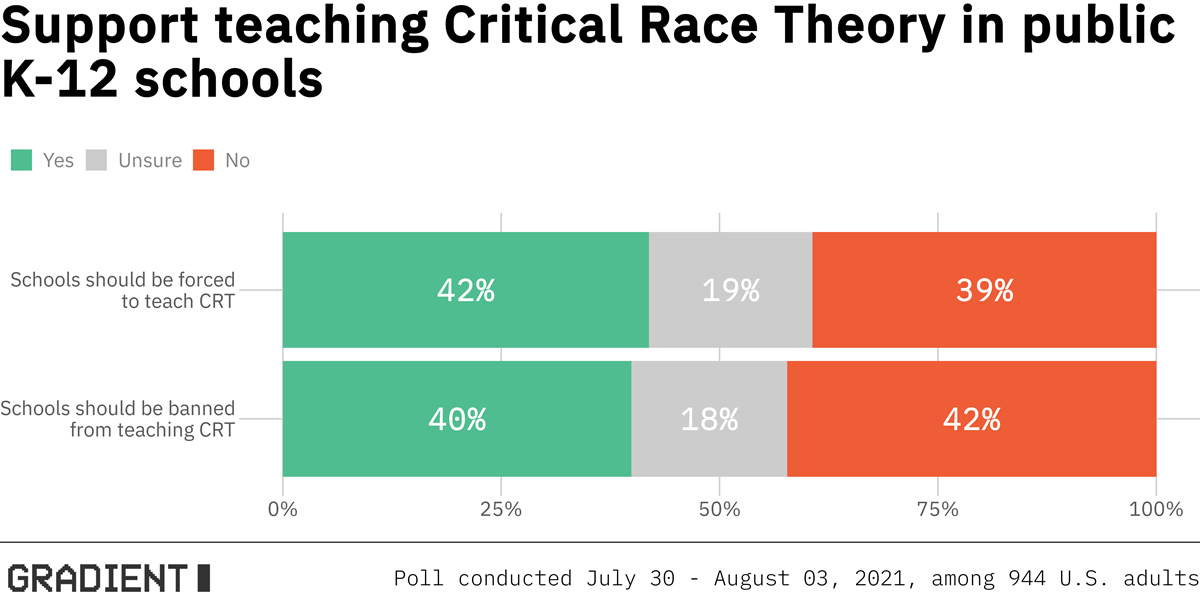 Have we mentioned that Americans are divided, especially on issues of race?