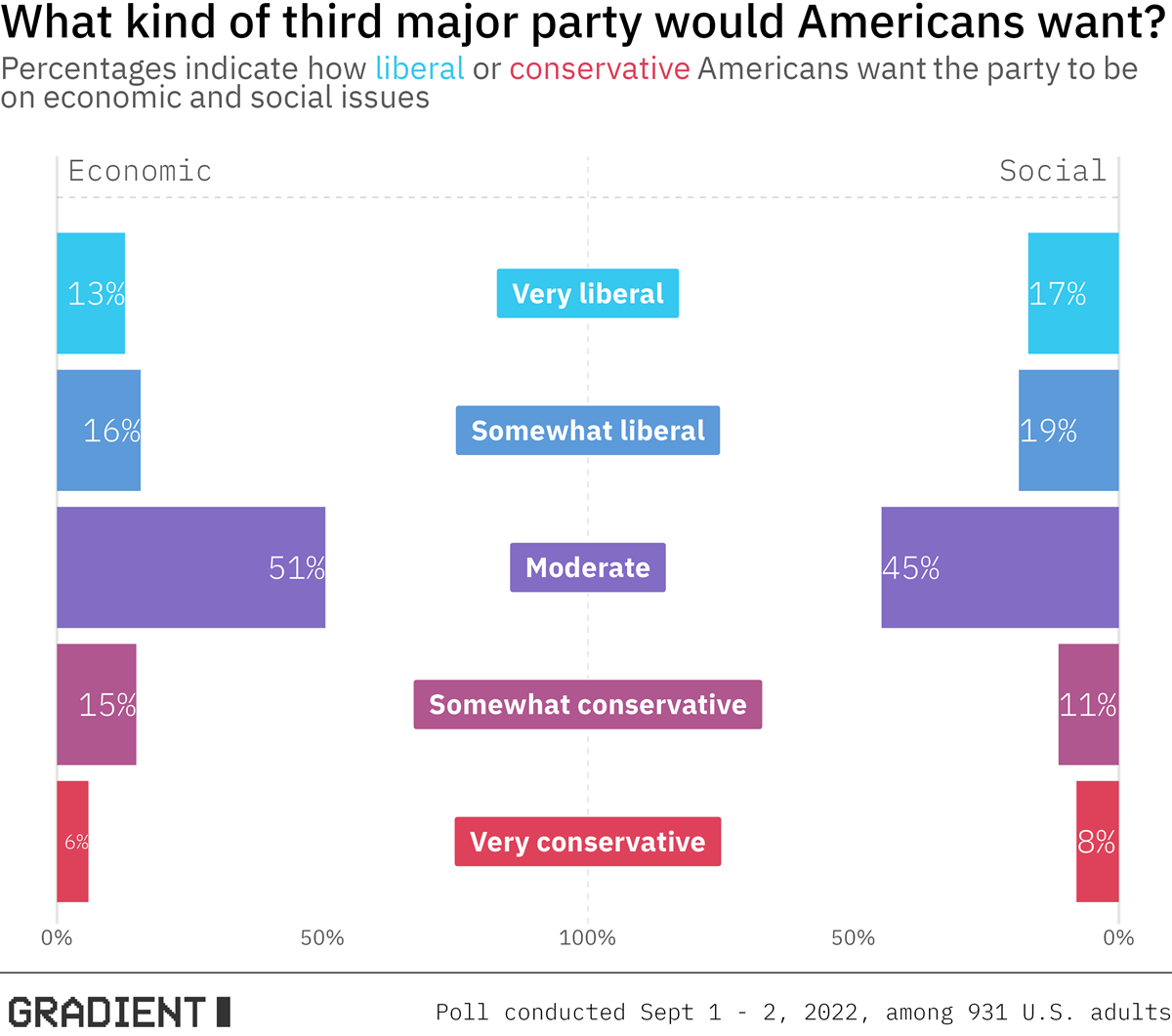 Channeling their inner college students, just 27% of Americans say we have an adequate number of parties. Political parties, that is. That’s why unsuccessful Democratic presidential candidate Andrew Yang is channeling a college student who wasn’t invited to parties by starting his own party. Will Yang’s Forward Party change the game, or will it fail like, you guessed it, a college student who partied too much?

For a third party to be successful it needs to have a unique and appealing perspective, like 160 years ago when the Republicans opposed slavery and knocked off the Whigs (and likely also a few wigs). So it’s useful to know: Among those who want a third party, would they prefer it to be a liberal or conservative party on social and economic issues?

It’s tempting to assume a third party could simply camp out between the Reps and the Dems, but just like mom’s mental picture of your dorm, the reality is a bit messier. While about half of third-party-suitors want the party to be in the ideological center on economic and social issues, the other half envision parties across the ideological spectrum, including at the extremes. In other words, even a moderate Calf Raise Party wouldn’t be a slam dunk.

So how can these aspiring bronze medalists of American politics gain some traction? Because only one candidate wins the election, and they only need a plurality to win, a vote for a third party candidate makes it more likely the party you dislike will win. For example, if a liberal third party became successful and split votes with the Democrats, it would make Republicans much more likely to win (just ask Al Gore).

Three reforms (among others) could negate some of this logic: 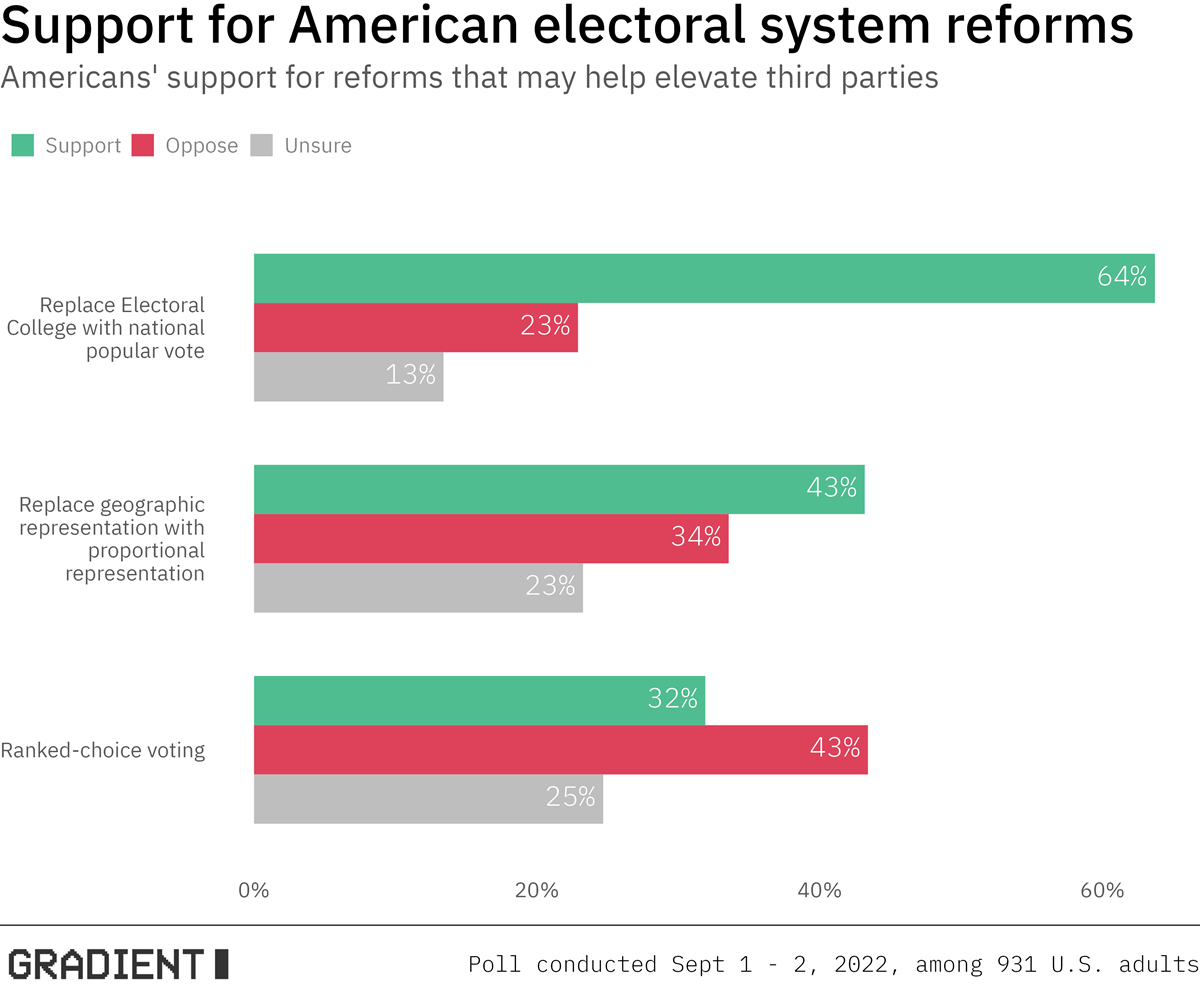 As if these weren’t enough reasons to bet that the Forward Party is headed downward, just 19% of Americans have even heard of it. And of those, only 49% have a favorable opinion. Consider this party pooped.