Does the Fabric of the US Shrink in the Wash? 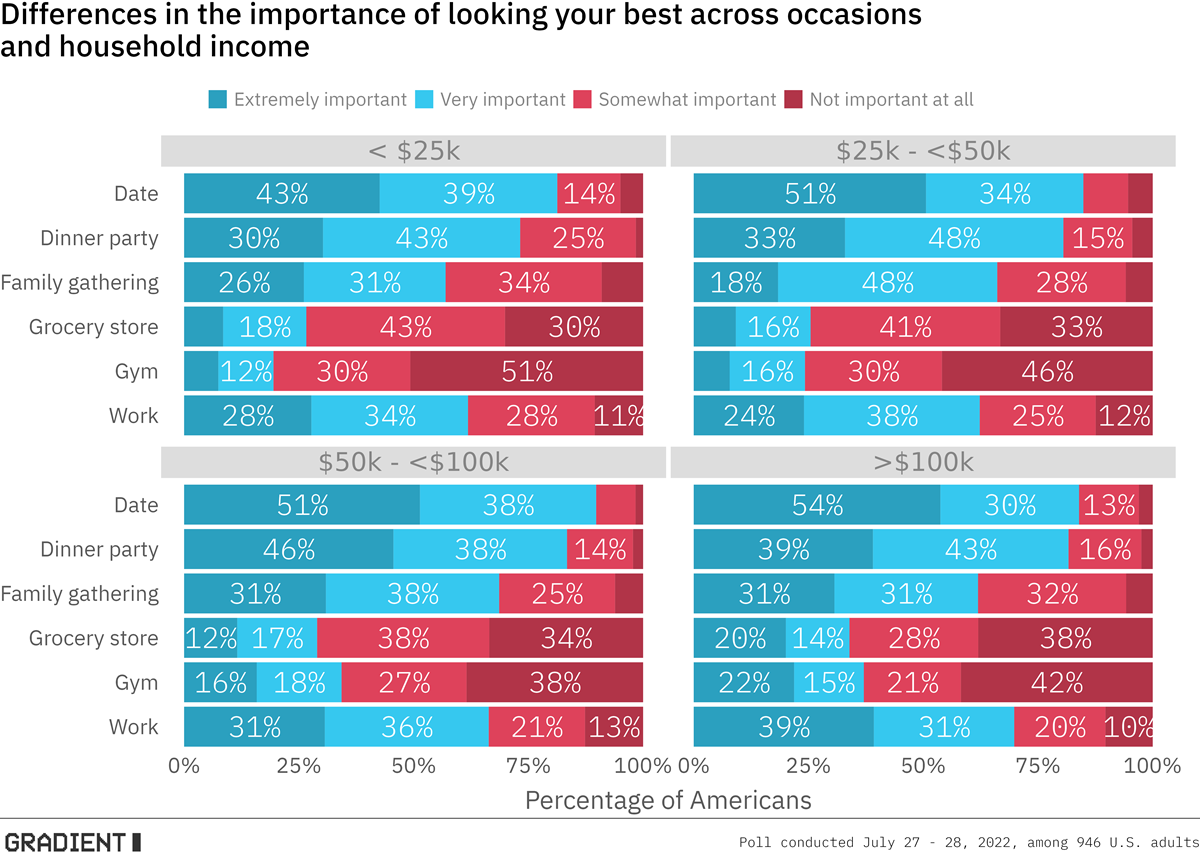 There are four types of people sewn into the fabric of America: those who wear matching socks and those who are just happy to find two clean socks; those who wear Gucci and those who think wearing Kirkland jeans is all gucci. But what explains these divisions? It can't just be gender, right? It’s not 1776 anymore, we can have both Minutemen and Minutewomen.

Each month, less than half of American adults (44%) spend $50 or less on clothing, but the top 10% of spenders shell out more than six times that amount. But is it really the rich who spend more on clothing? Yes, of course! One-fifth of those who earn more than $100k annually spend at least $250 a month on clothing compared to just 3% of those who earn <$25k a year. Versace’s new tattered hoodie collection comes in wonderful new colors like “I definitely pay taxes” tan and “I’m just like you” blue.

Speaking of hoodies, those in the highest income bracket are more than twice as likely to spend over $100 on sweatshirts with hoods (43%) compared to the average American (19%). Jeff Foxworthy voice: “You might be a redneck regular person if you’re surprised to hear that hoodies can cost more than $100.”

The cold, hard-washed evidence shows that the wealthy spend more because they have a stronger preference to look good. Compared to the average American, those who bring in over $100k annually are significantly more likely to say that the way they look at work, the gym, and the grocery store is extremely important. Clearly someone shops at the same market as the Joneses.