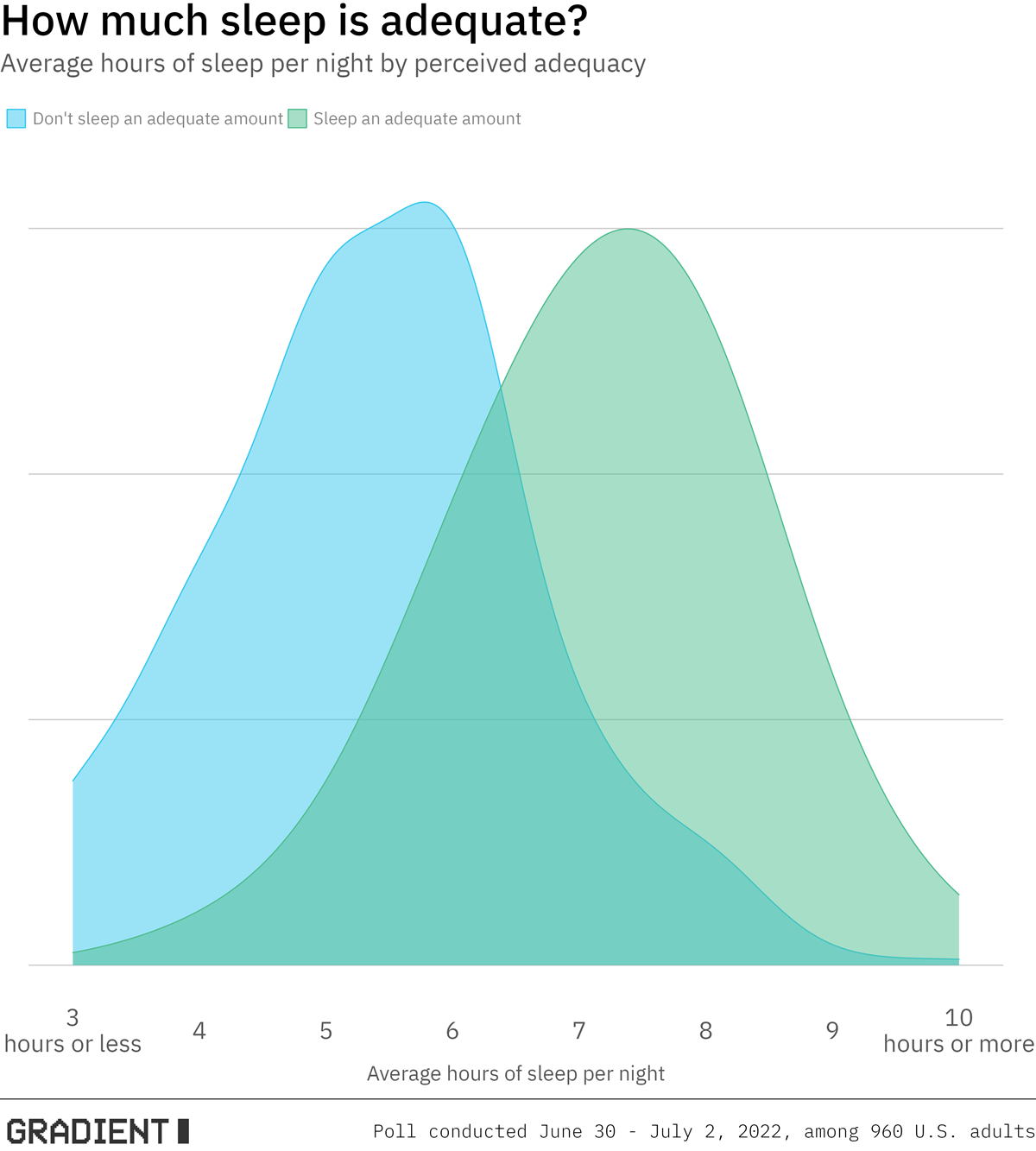 Benjamin Franklin once wrote, “In this world nothing can be said to be certain, except death and taxes.” With all due respect to the Founding Father and honorary inductee to the International Swimming Hall of Fame, we submit one addendum: Sleep. Such an accomplished swimmer should have known you can’t perform a proper breaststroke on two hours of fitful sleep. 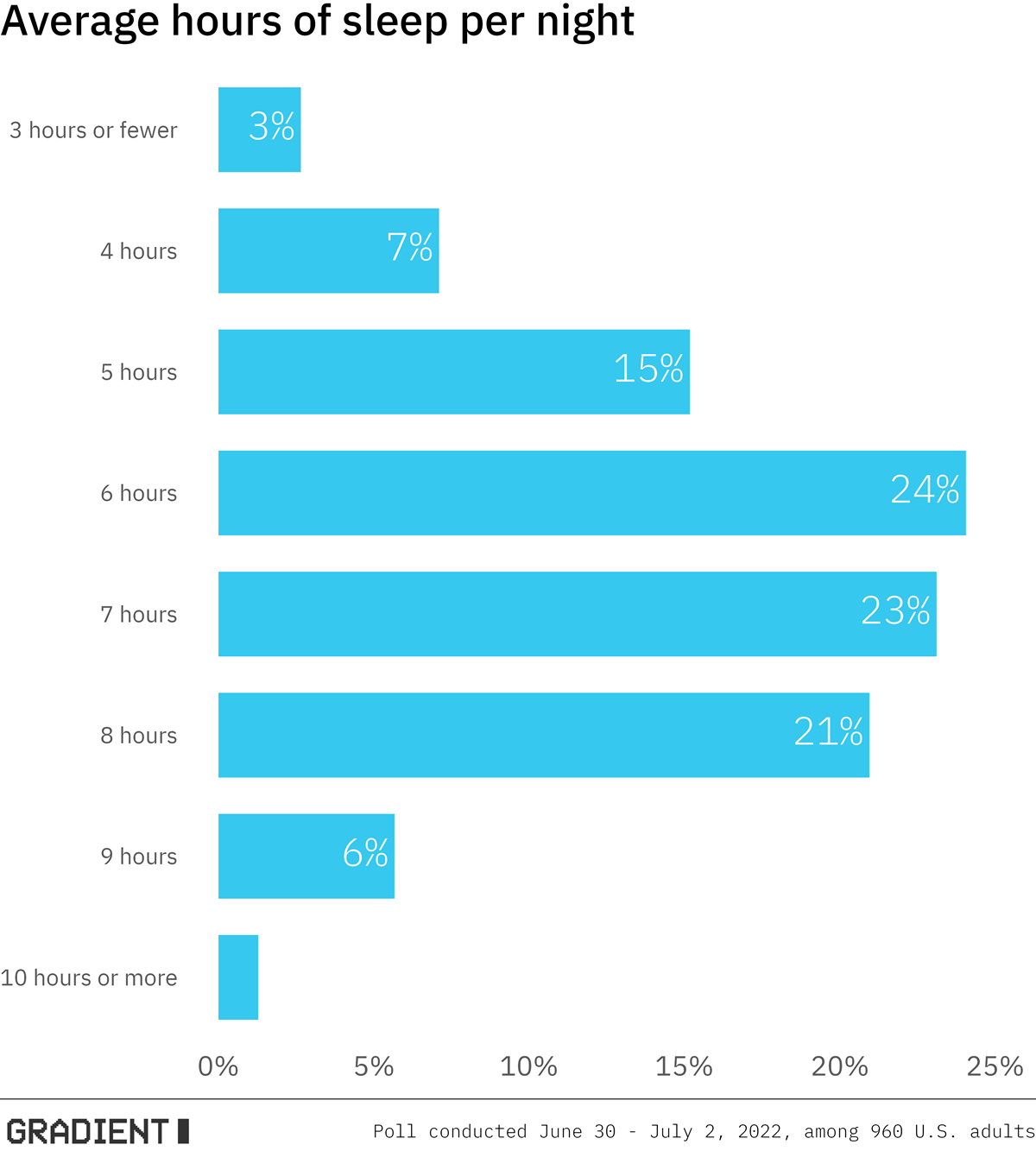 Only one in every two Americans (51%) reports achieving the recommended 7+ hours of sleep in an average night. A very fortunate 1% of American adults bank 10 or more hours of sleep per night. Forget Occupy Wall Street—sleep inequality is getting out of control. And news flash⚡: Sleep deprivation is consequential. Adults who average less than 7 hours of sleep per night are five times more likely to rate their overall sleep quality as poor (49% vs. 9%).

Compared to their sleep-deprived zombie counterparts, adults who report getting an adequate amount of sleep on an average night are significantly more likely to smash that snooze button until they hit hour seven (74% vs. 14%).

Somewhat paradoxically, 28% of sleep-empowered Americans need fewer than 7 hours of sleep to feel well-rested (compared to 18% of the sleep-deprived). In other words, adults who report regularly getting an adequate amount of sleep need fewer hours under the covers. Hate the sleeper, not the sleep.

So who are the well-rested living among us? Men (68%), married adults (66%), and those with a household income of $100k+ (75%) are significantly more likely to report getting enough ZZZs compared to Americans overall (61%). Money may not buy happiness, but Tempur-Pedic mattresses, down feather pillows, secretaries, live-in childcare, regular house cleanings, weekends in The Hamptons… all make for a good night’s rest.