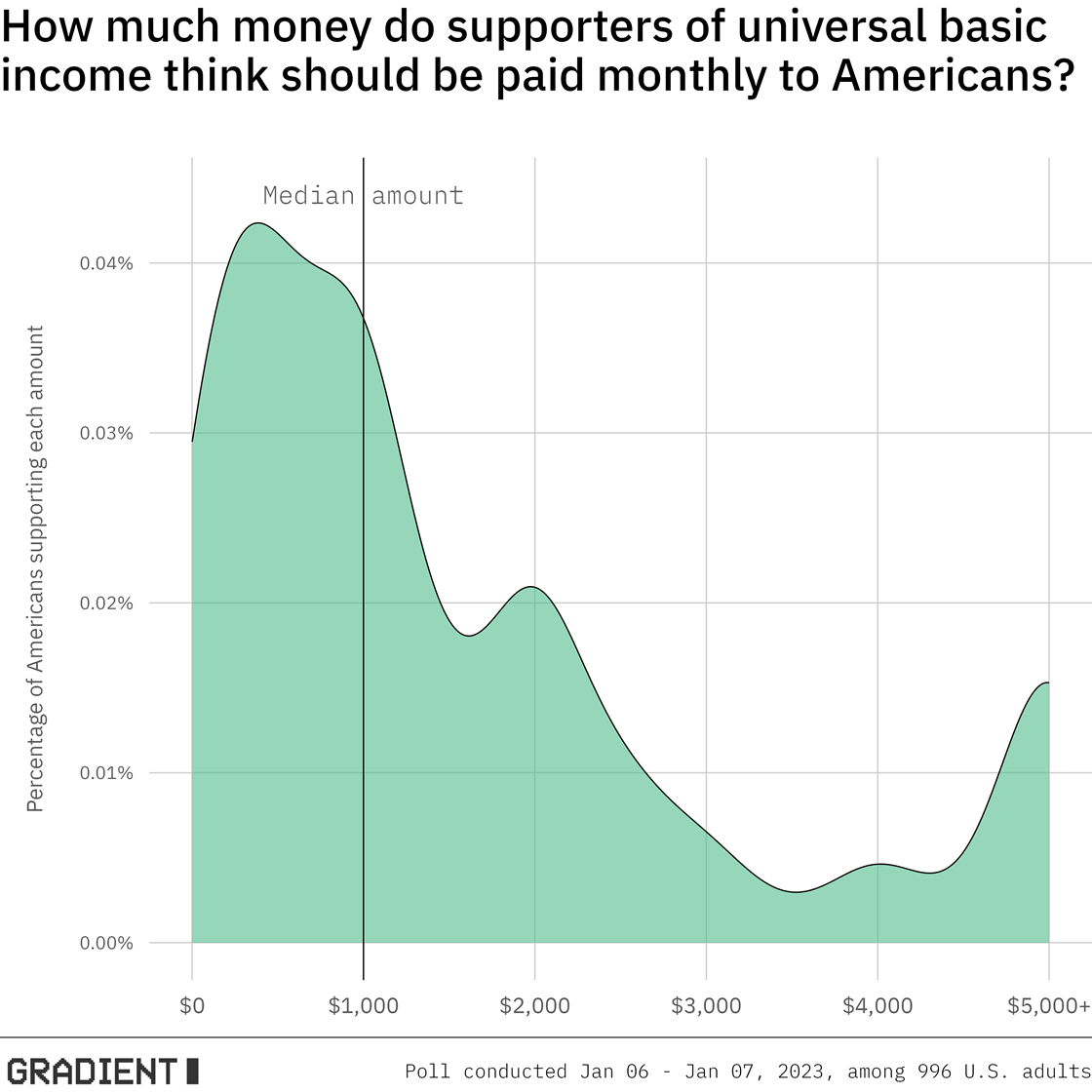 We all know that Grandma Phyllis sends us monthly checks because she can no longer remember our birthday, but what if Uncle Sam sent all Americans monthly checks to try and forget about poverty? Like utter congressional ineptitude, universal basic income (UBI) is not a new phenomenon, but it recently captured the public’s attention. In UBI’s case, that attention is in part thanks to 2020 Democratic presidential candidate Andrew Yang’s campaign. Despite Yang’s candidacy or third party aspirations predictably not gaining much traction, 60% of Americans support UBI.

Some cities and states have already started experimenting with UBI over the last two years. California, for example, now provides $1,000 per month for young adults who age out of foster care. Even more Americans (74%) support this particular flavor of UBI intervention, including 86% of Democrats and 55% of Republicans (while overall UBI support stands at 72% for Ds and 39% for Rs).

Support for UBI means little without understanding how much Americans are willing to ask the government to fork over in order to ensure everyone can afford forks.

Among those who support UBI, the median suggestion for monthly payments to Americans is $1,000 (California, take a bow). This implies that, unless Americans are on the hunt for a negative-two bedroom apartment in some sort of TARDIS situation in Brooklyn, a single G is probably not going to cover all of their basic expenses. Yet, 53% worry UBI would discourage people from working, and the same proportion worry that it would be expensive to implement. That's also what Mom said about getting the new Xbox, but look at us now!

It seems when it comes to UBI, much like the word dedeviltails, the devil is in the details.