Everyone Thinks They're a Wrapper These Days 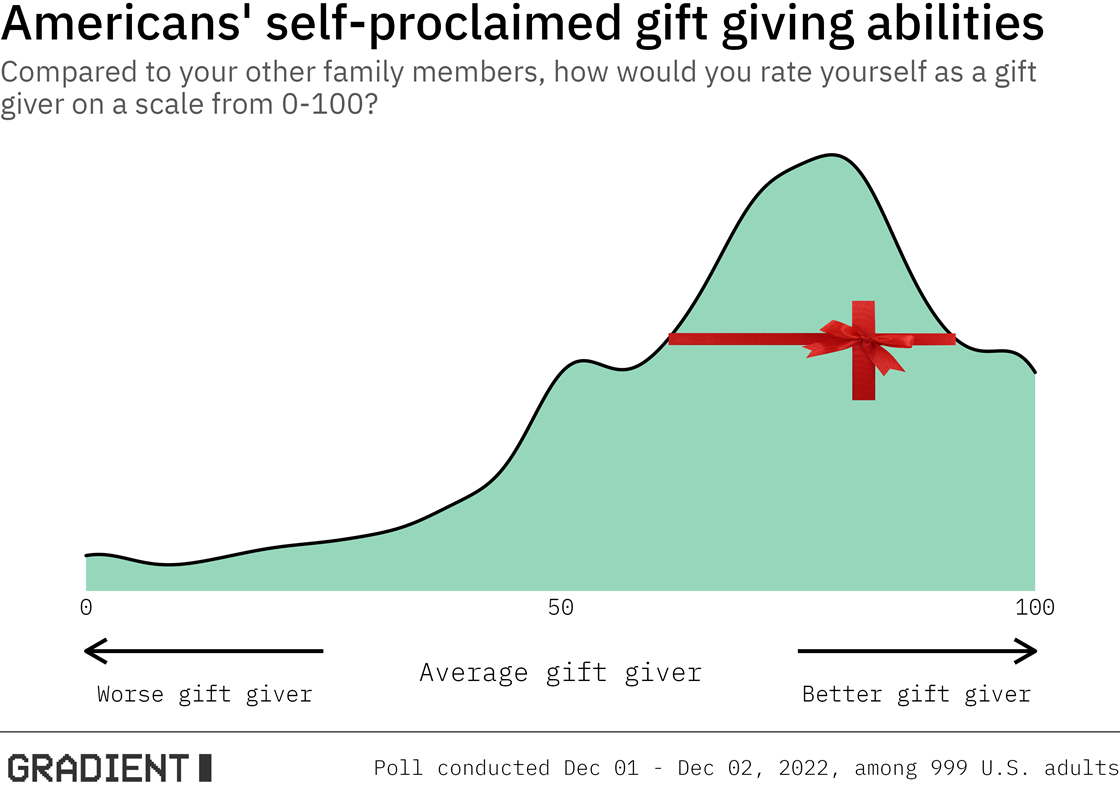 We’ve assembled a jury of your American peers to get the low-down on who’s privately exchanging goods and services in the name of all that is jolly. The verdict is Americans are shoppin’ till they’re droppin’ (into a pit of financial instability, that is): Over three-quarters (78%) will be exchanging gifts at some point this holiday season, and will be shopping for an average of seven people. If one of those seven is Dad, then good luck; advertisers seem to think that a box of whiskey-scented leather and a build-your-own machete is the way to go, so hopefully Dad still feels rugged in the Honda Odyssey.

Given all the givin’ goin’ on, which side of the festive transaction do Americans prefer? 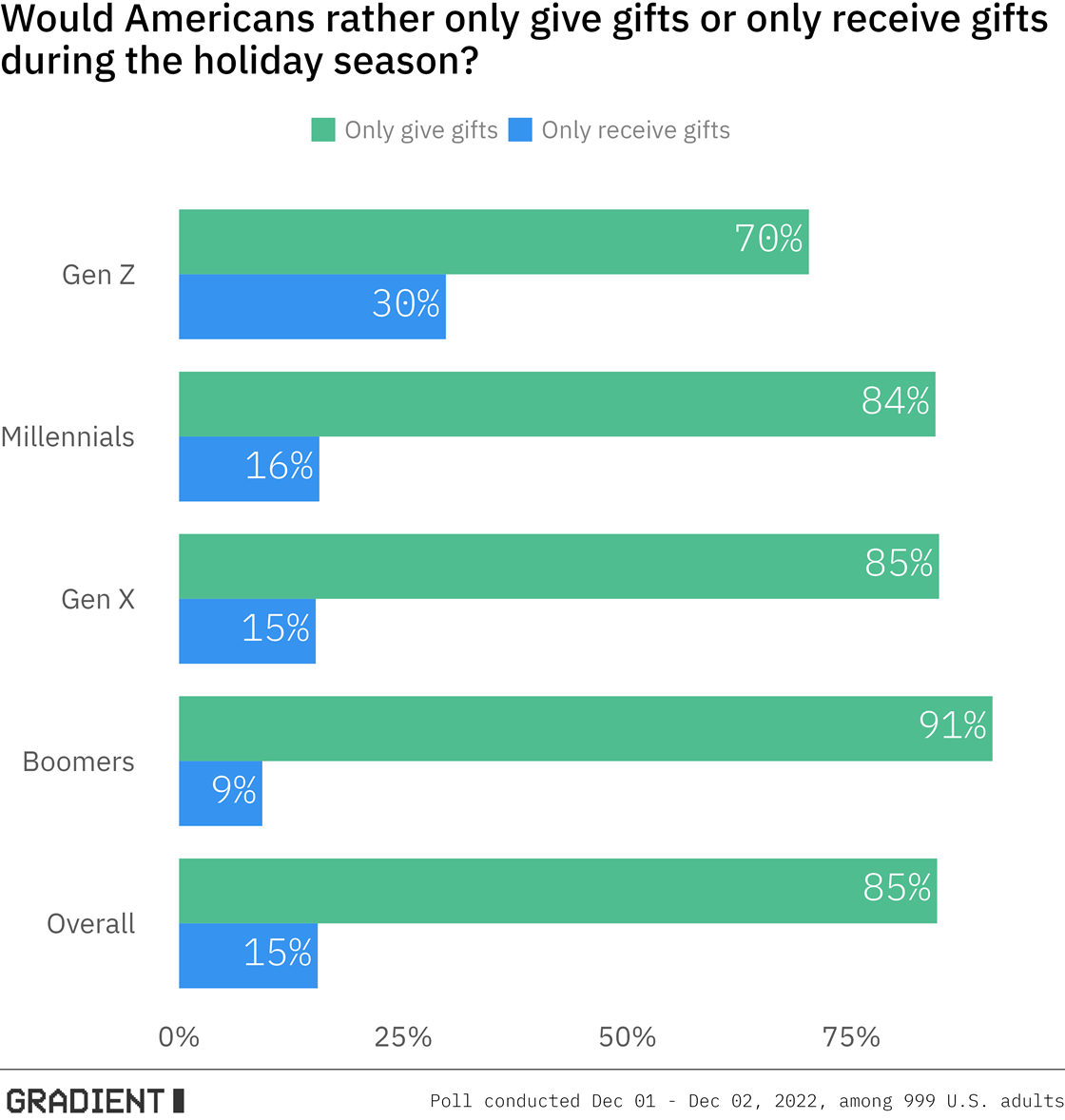 Santa may be on to something. The vast majority (85%) of Americans would rather only give gifts than only receive them, if they had to choose. Maybe there would be more support for receiving gifts if Grandma would just tie her gift to inflation—a single crisp Lincoln doesn’t hit quite as well as it did all the way back in the holidays of *checks notes* 2021.

Gen Z is the biggest outlier, with “only” 7-in-10 signing up to live like Kris Kringle. Congrats to older generations on yet another opportunity to explain why their superiority has absolutely nothing to do with structural wealth advantages.

Most Americans think they are better than their other family members at giving gifts. Of course it’s not possible for everyone to be better than everyone else, so it’s only fair to blame Leslie Knope for setting unrealistic expectations of thoughtfulness and time management.

If you’re looking to increase your gift-giving self-esteem with some outside-the-box ideas, we also asked Americans to tell us the best gift they’ve ever received during the holiday season. We’ll leave you with a few of our favorites: